Chambers of Commerce Discuss Challenges of the Private Sector 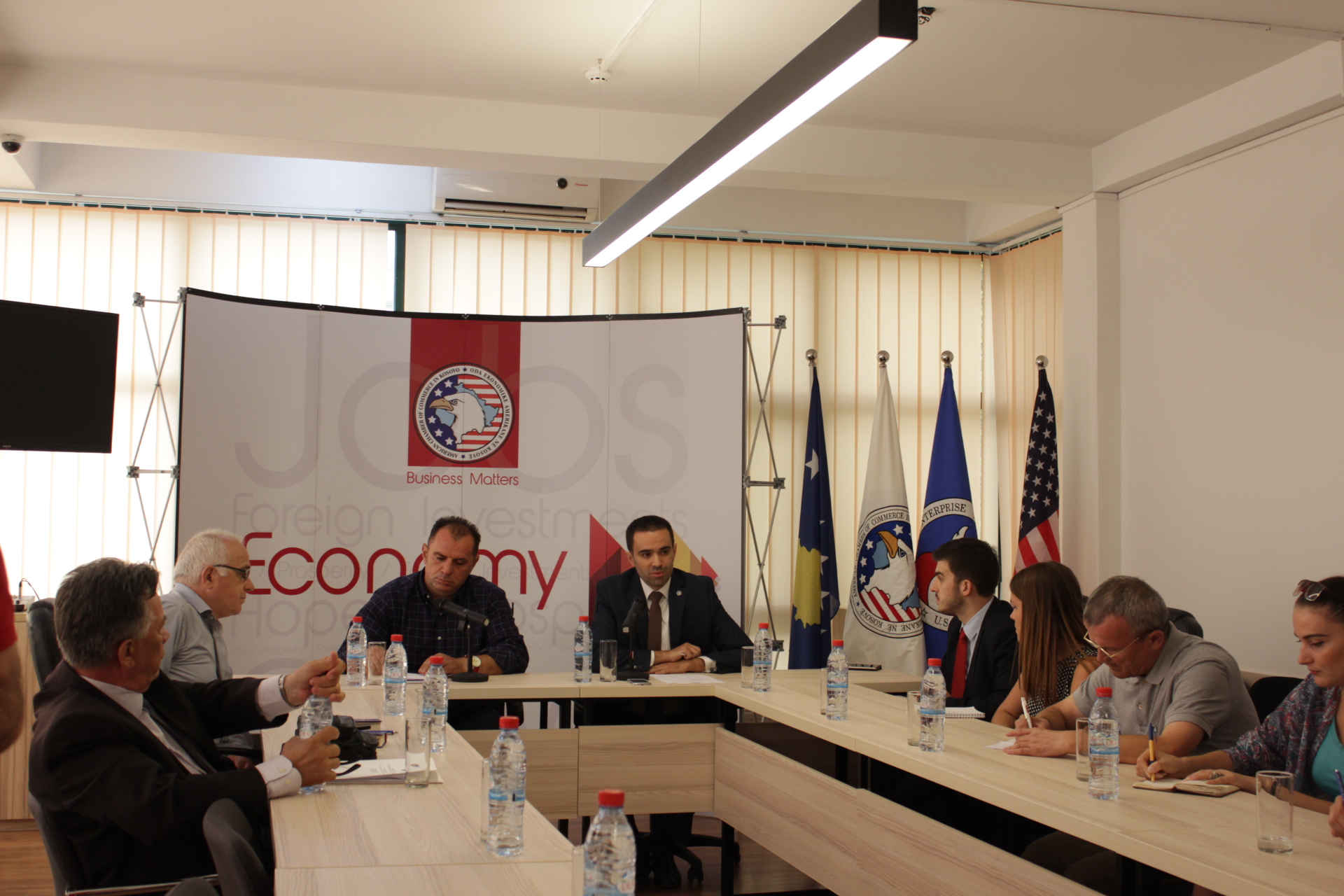 Chambers of Commerce Discuss Challenges of the Private Sector

Prishtina, July 26, 2016 – In an effort to discuss about challenges identified as crucial in attracting foreign direct investment, further necessary improvements of business environment and other issues of concern to domestic investors and producers, Executive Director of American Chamber of Commerce in Kosovo, Arian Zeka and President of Kosovo Chamber of Commerce, Safet Gërxhaliu held a press conference.

AmCham Executive Director, Arian Zeka emphasized doing business issues he believes determine the extent to which investments would contribute to more dynamic economic activity in Kosovo, thus highlighting that broadening the list of customs exempted goods, approving tax holidays for new investments, and ratifying the Law on Strategic Investments would put Kosovo into a more favorable position, in relation to regional countries. He argued that this law has also become a barrier to an American company, which has hesitated to initiate its business in Kosovo, until the Law on Strategic Investments is completely implemented.  The request to broaden the list of customs exempted goods with raw materials used in manufacturing processes, Zeka considered as decisive in increasing competitiveness among production companies in Kosovo. Furthermore, he pointed out that by approving tax holidays for new investments, regulated with the Law on Corporate Income Tax, but yet to be implemented with secondary legislation (Administrative Instruction), companies would be able to operate more effectively. In regards to foreign direct investment, he argued that Kosovo is not so generous in terms of offering a facilitative investment environment to foreign investors, by considering it a core reason why regional countries have a larger inflow of Foreign Direct Investments, compared to Kosovo. In addition to providing recommendations that foster economic growth in Kosovo, Zeka called on institutions to increase their dynamics in approving the necessary laws and thus improve the doing business environment in Kosovo.

President of Kosovo Chamber of Commerce, Safet Gërxhaliu underlined the need for public institutions to make decisions from which would benefit domestic and foreign businesses, thus considering it a barrier for business community and economic stability. He added that the law on Strategic Investments would generate positive outcomes for Kosovo and would facilitate dialogue with foreign partners. Gërxhaliu urged on institutions to actively support domestic producers, by particularly redrafting the Law on Internal Trade, in order for domestic companies to be able to increase their production, as a precondition for more job creation.

Other issues discussed during the press conference were the implications that suggested policies have for citizens as consumers, Law on Public Debt Forgiveness in general, the long-term and short-term implications of tax holidays, quality of domestically-produced goods, interest rates and other financial issues of concern to business community.