Circular economy, one of the solutions for reducing unemployment in Kosovo 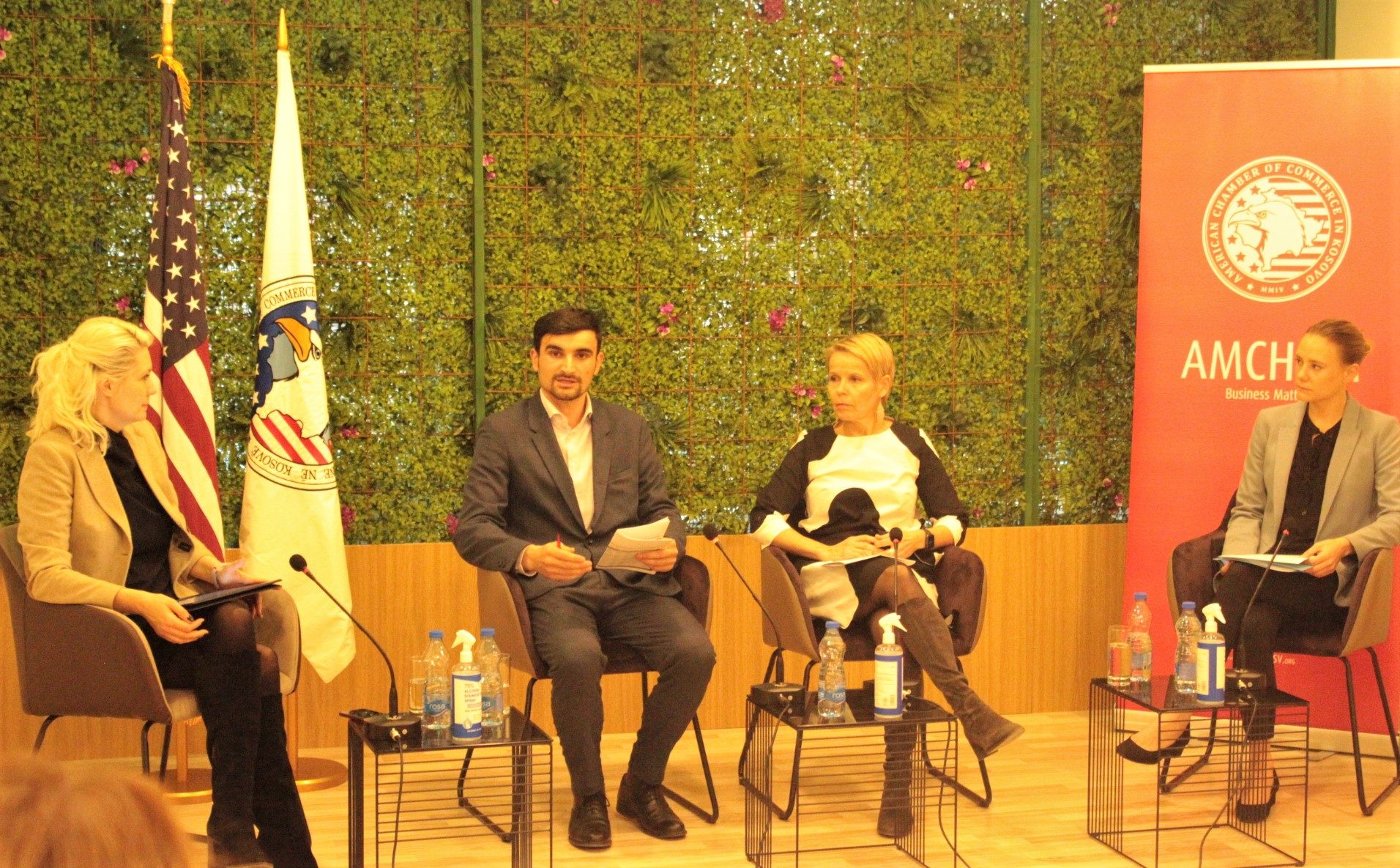 Circular economy, one of the solutions for reducing unemployment in Kosovo

Prishtina, November 24, 2021 – To discuss the impact and benefits of the model of circular economy, the American Chamber of Commerce in Kosovo has organized a forum with stakeholders from the U.S. Embassy, UNDP, institutions of the Republic of Kosovo, and the private sector.

Valerie Tucker, Economic and Commercial Officer at the U.S. Embassy, emphasized that the level of negotiations for climate change in Kosovo has elevated and that the Embassy has worked tirelessly to support Kosovo in moving forward, to build a strong circular economy, which is an essential issue.

“In addition to the private sector and young entrepreneurs who think about ways of creating opportunities and continuing to make Kosovo a clean environment, the entire community should be included to create a better environment. A sustainable circular economy requires infrastructure, strategy, and efficient education,” added Tucker.

The expert on environmental issues from the cabinet of the Minister of Environment stated that the COP26 Summit drew the attention of the whole World, and albeit Kosovo did not attend, as individuals, every country was involved. He added that the people of Kosovo are aware of the term circular economy, but they’re still is work to be done in regards to legal infrastructure. Baumann stated that the ministry is developing many projects focused on reducing energy and water energy. Furthermore, he said that a circular economy includes the environment and the economy since the primary goal is creating new jobs and saving the resources of Kosovo.

Maria Suokko, UNDP Resident Representative for Kosovo said that now she sees a big change since the issue of climate change is being discussed increasingly more. Suokko said that the general awareness for the circular economy changes depending on the country since many people see it as a big and ambitious transition. As a challenge, she mentioned the formulation of a bigger coherent plan, as well as creating a vision and identifying the objectives and the areas that need to change, then proceeding with new and innovative activities and ideas to realize them.

Nina Elezovic, Corporate Affairs and Sustainability Director at Coca-Cola HBC, as well as the moderator of the forum, said that the circular economy should be looked at as a dialog between all parties. Elezovic added that first, small projects should be treated and implemented, for them to be tested, then continuing with their realization.