Commercial Court, a factor that can make doing business in Kosovo easier 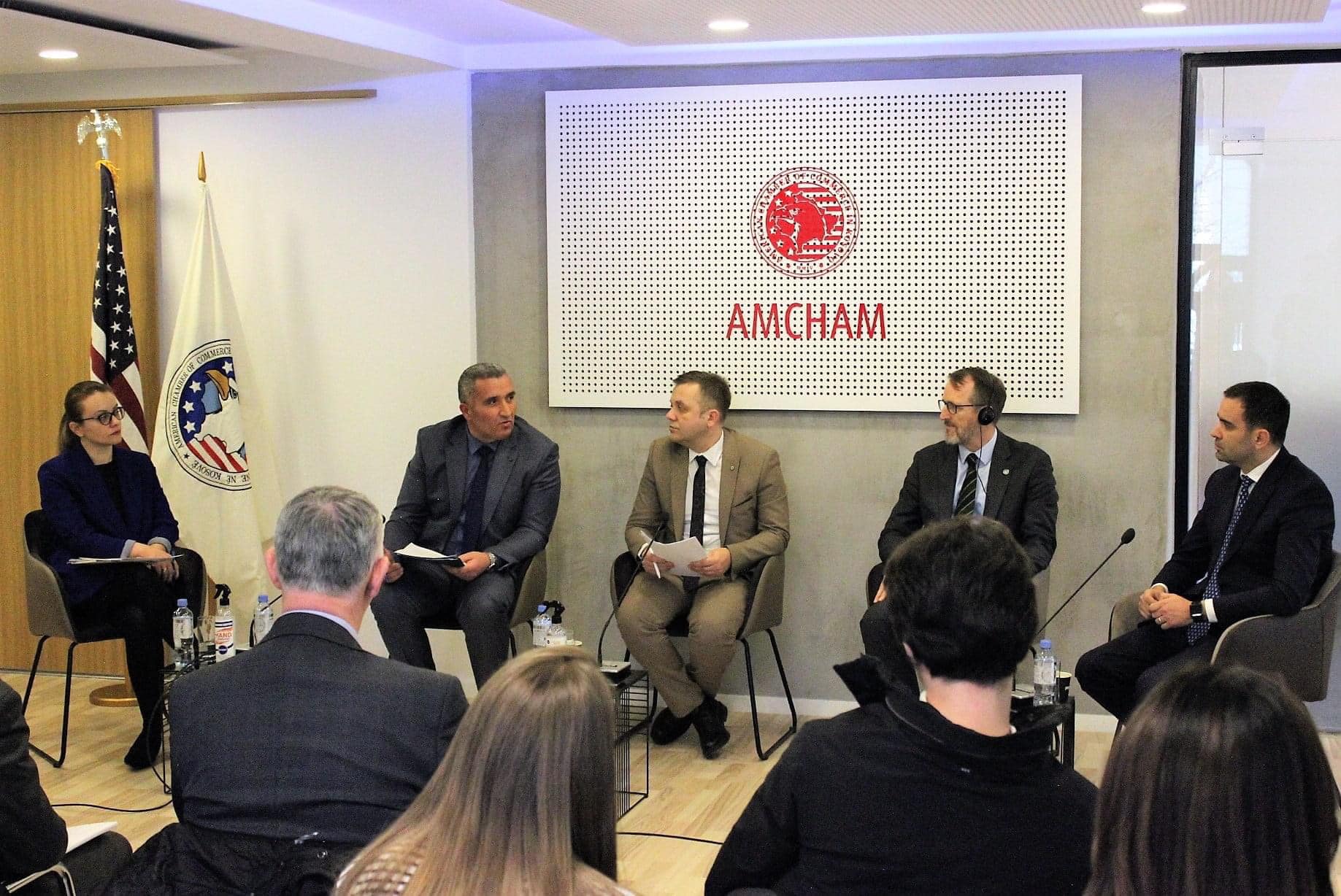 Commercial Court, a factor that can make doing business in Kosovo easier

Prishtina, February 24, 2022 – The American Chamber of Commerce organized a discussion forum for the approval of the law establishing the Commercial Court, where issues of the human and budgetary nature of this court were addressed.

Arian Zeka, Executive Director of the American Chamber of Commerce, said that the idea for the establishment of this court came from the American Chamber of Commerce in 2016 and they are happy that the Kurti government has supported the establishment of this court. He said that having a special judicial mechanism where disputes of a commercial nature are handled, enables the handling of these disputes more efficiently. He stressed that expectations for the commercial court are high, so any delay in the operation of this court can produce great disappointment.

Blerim Sallahu, Deputy Minister of Justice, said that this court will initially have 15 judges, nine of whom will be in the first instance and six will be in the second instance. Sallahu shared with those present that they are in negotiations with the Ministry of Finance, to allocate an additional budget to increase the current number of judges when the re-evaluation of the budget of the Republic of Kosovo in June is done. This, as a result, would increase the quality and efficiency of resolving cases in this court, he added. He describes the law on the establishment of the Commercial Court as a law that will increase the quality of doing business in Kosovo.

Qerim Ademaj, deputy Chairman of the Kosovo Judicial Council, said that from the beginning the Council agreed with the opinion that this court will have a positive role in addressing issues related to business. He promised that with the available budget funds they will try to make this court functional. He said that the Judicial Council has formed a working group that will compile the operational plan for the functioning of this court. He said that within a period of three months, it is expected that the judges will be appointed and the cases will be transferred to the commercial court for handling.

Chris Thompson, of the USAID Commercial Justice Program, pointed out that a colossal effort has been put into creating this law. He emphasized that the business community and the legal community need to be part of this process. He stressed that if implemented correctly, this law could change the game when it comes to Commercial Justice in Kosovo. He added that it is a step forward for the investment environment in Kosovo. He said that the Commercial Court was created to break away from the old system. This will be a new institution that specializes in commercial dispute resolution.

Kujtesa Nezaj Shehu, Head of Office of SDP Kosovo, as well as Chair of AmCham’s Legal Affairs Committee, said that the establishment of this court is a very important step in the development of commercial justice in Kosovo. She pointed out that the Commercial Court law is among the projects of the American Chamber of Commerce Legal Affairs Committee. The purpose of this project is to analyze this law and then discuss with businesses about the expectations they have associated with this law. She added that it is important to take into account the input and feedback of businesses from the start of the Commercial Court, as this court mostly deals with business matters.