Completion of the legal framework on strategic investments is necessary 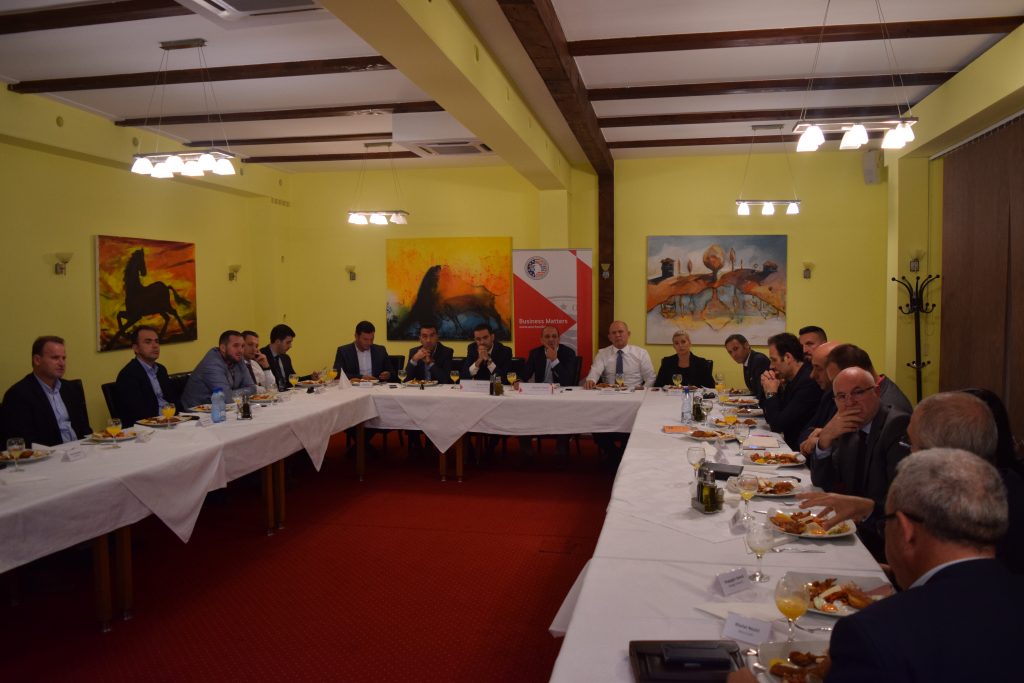 Completion of the legal framework on strategic investments is necessary

Prishtina, October 13, 2017 – Completion of legal acts for Strategic Investments Law should be viewed as priority by the Government in that way that the law which has created many expectations from strategic investors to serve the purpose for which it has been approved. This conclusion came from the roundtable organized by the American Chamber of Commerce in Kosovo with the Minister of Diaspora and Strategic Investments, Dardan Gashi.
Minister Dardan Gashi said that the Ministry that he leads will continue its cooperation with Diaspora’s businesses network around the world with the purpose of encouraging and facilitating their investments in Kosovo. He also said that they should work more in the completion of legal infrastructure for strategic investments, adding that this becomes more necessary because of the high interest that potential and serious foreign investors have shown for investments in various fields. He also explained the law’s objectives and criteria in which an investor, foreign or local, wins the status of strategic investor, and also the benefits which come from this status.
Executive Director of the American Chamber, Arian Zeka, expressed the willingness of the relevant committees in this organization in offering specific contribution in drafting the administrative instructions which should adjust the function of the Law on Strategic Investments. He expressed his opinion in making a clear division of the authority between the Ministry of Diaspora and Strategic Investments and the Ministry of Trade and Industry, which has been sponsor in the law mentioned before.
Businesses present in the roundtable expressed their comments and recommendations in regard to a more effective implementation of the law, including attracting investments from Diaspora.