Comprehensive commitment is needed to address the labor force gap 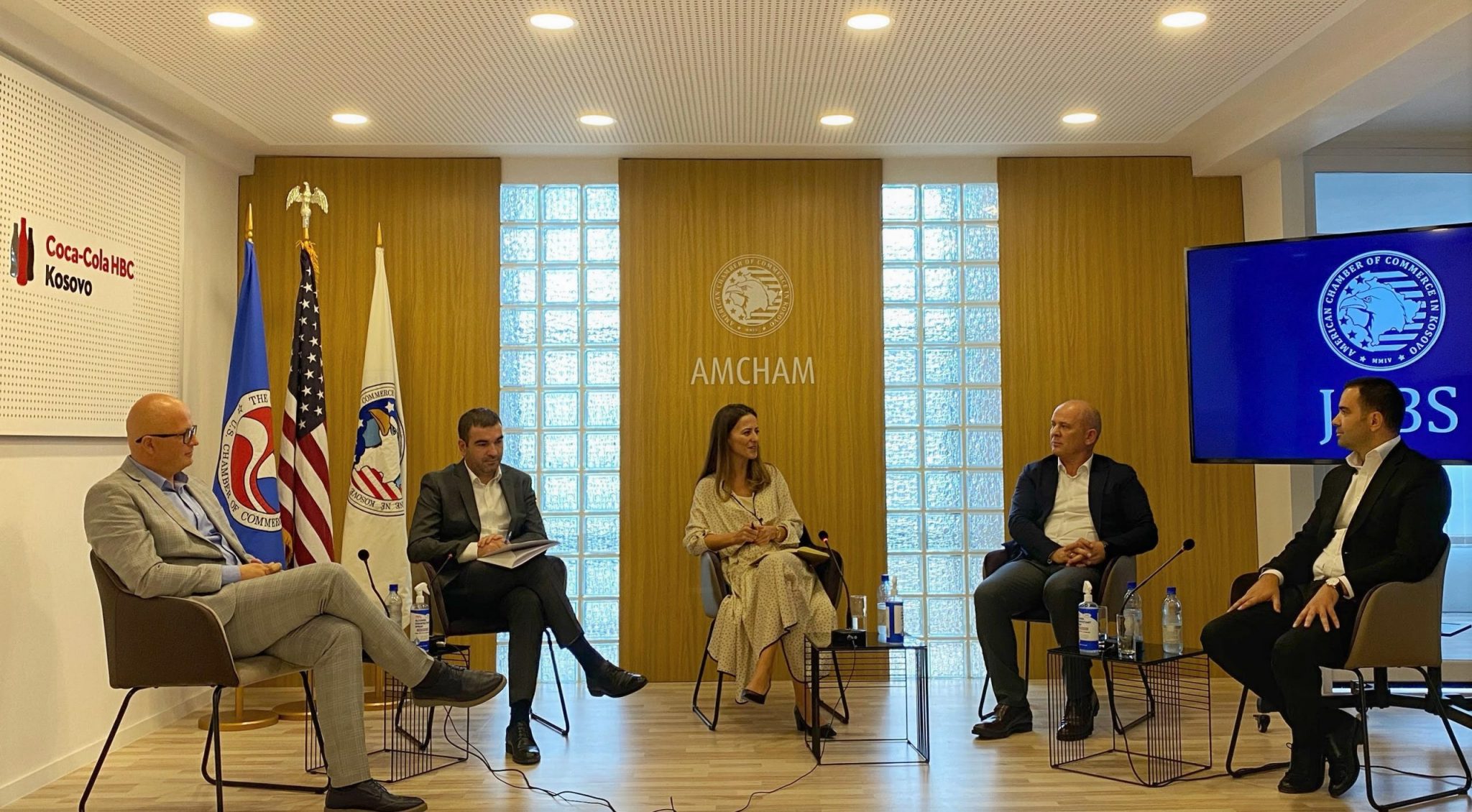 Comprehensive commitment is needed to address the labor force gap

Prishtina, September 29, 2021 – Regional migration trends, the COVID19 pandemic, and the impact of remittances appear to be some of the factors influencing labor force shortages in Kosovo, whereas recommendations on how to overcome this issue were the focus of a forum organized by the American Chamber of Commerce in Kosovo with representatives of various industries.

Meridian Corporation Board Chairman Hakif Gashi said that while in recent years the unskilled workforce has been a concern, companies are facing new labor constraints, such as a lack of interest for working in the private sector, as well as the low level of commitment. He suggested that educational institutions focus on the proper qualification of the workforce, by addressing the needs of private sector enterprises, including a greater focus on internships.

The commitment of employees as an issue was also emphasized by Jeta Zagragja, from the company UCX, that operates in the ICT industry. She said that the limited pool of professionals in the area of information technology, as well as the ever increasing of number of companies in this industry, has affected the frequent turnover of staff, which result in higher wages. While a large number of companies have reached agreements for provision of services to companies in US and Europe, due to the labor costs, the continuous raising of salaries, may affect the loss of competitive advantages of Kosovar companies in this industry.

Drin Haraçia from the Kosovo Employment Agency spoke about the activities of the organization he leads in liaising between jobseekers and employers. He shared the concerns of the representatives of the private sector regarding the lack of manpower, emphasizing that the same complaints have been received from employers who have sought services from the Agency. However, he said that there is a need to improve the labor offer, in terms of working conditions, such as compliance with legal provisions governing working hours, holidays and public holidays, which are reported as a reason by a number of jobseekers after they have quit their working relationship. Haraçia also spoke about the numerous trainings offered by the Agency through the Regional Employment Centers, for labor qualification and shortages, in response to the demands of employers. He invited AmCham and its member companies to address their needs and ideas regarding better supply and demand linkages in the labor market.

Visar Idrizi, from Vi-Print company, said that the difficulties in securing the workforce have prompted in finding new solutions. He shared his experience in hiring workers from Asian countries where there is a larger supply of labor, for which he is so far extremely satisfied. He said that based on this, he has decided to use his experience to help other companies, for which the workforce has become a problem for growth and development. He said the state should provide flexible labor legislation, including more liberal procedures for hiring foreign labor, as otherwise jeopardizing the growth of domestic companies, their penetration into international markets, and the overall development of country.