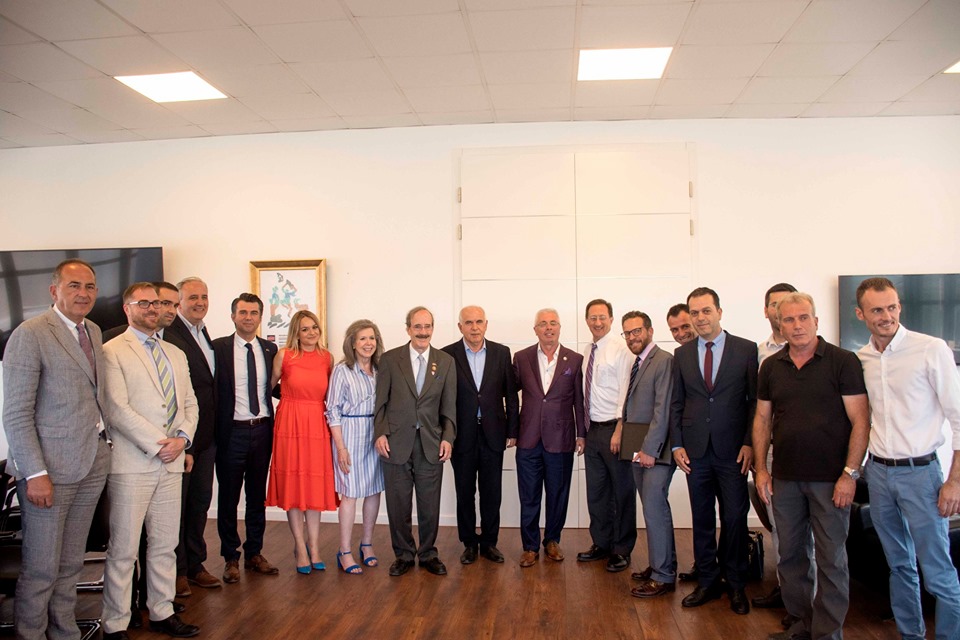 Prishtina, July 7, 2019 – One of the greatest friends of Kosovo, U.S. Congressman Eliot Engel, visited the manufacturing company, KIVO in Kaçanik. Accompanied by his wife, Patricia Ennis, close cooperators, patriot and businessman, Hari Bajraktari, USAID representatives, and the Executive Director of the American Chamber of Commerce in Kosovo, Arian Zeka, Congressman Engel was informed about the achievements of the company which is one of the most successful investment stories in Kosovo.

Co-Founder of KIVO, Visar Ramajli, informed Congressman Engel about the operations of the company and the opportunities of doing business in Kosovo. He thanked Congressman Engel about his important contribution for the freedom and independence of Kosovo. Ramajli, who is also Secretary General of AmCham Board of Governors, mentioned that now is the moment to discuss in Washington about increasing U.S. investments in Kosovo, adding that throughout the years we have witnessed huge improvement in the environment of doing business in Kosovo.

On the other hand, Congressman Eliot Engel, impressed with the achievements of the company, said that such success stories are the true reflection of the Kosovar spirit. He said that he is proud with his engagement with Kosovo, adding that even after 30 years of his career in politics, he would still put Kosovo at the top of his priorities.

Congressman Eliot during the last few days has stayed for a visit in Kosovo where, amongst others, he also attended the inauguration of the new building of the United States Embassy in Prishtina.