Corporate culture, a great indicator for the achievement of organizational objectives 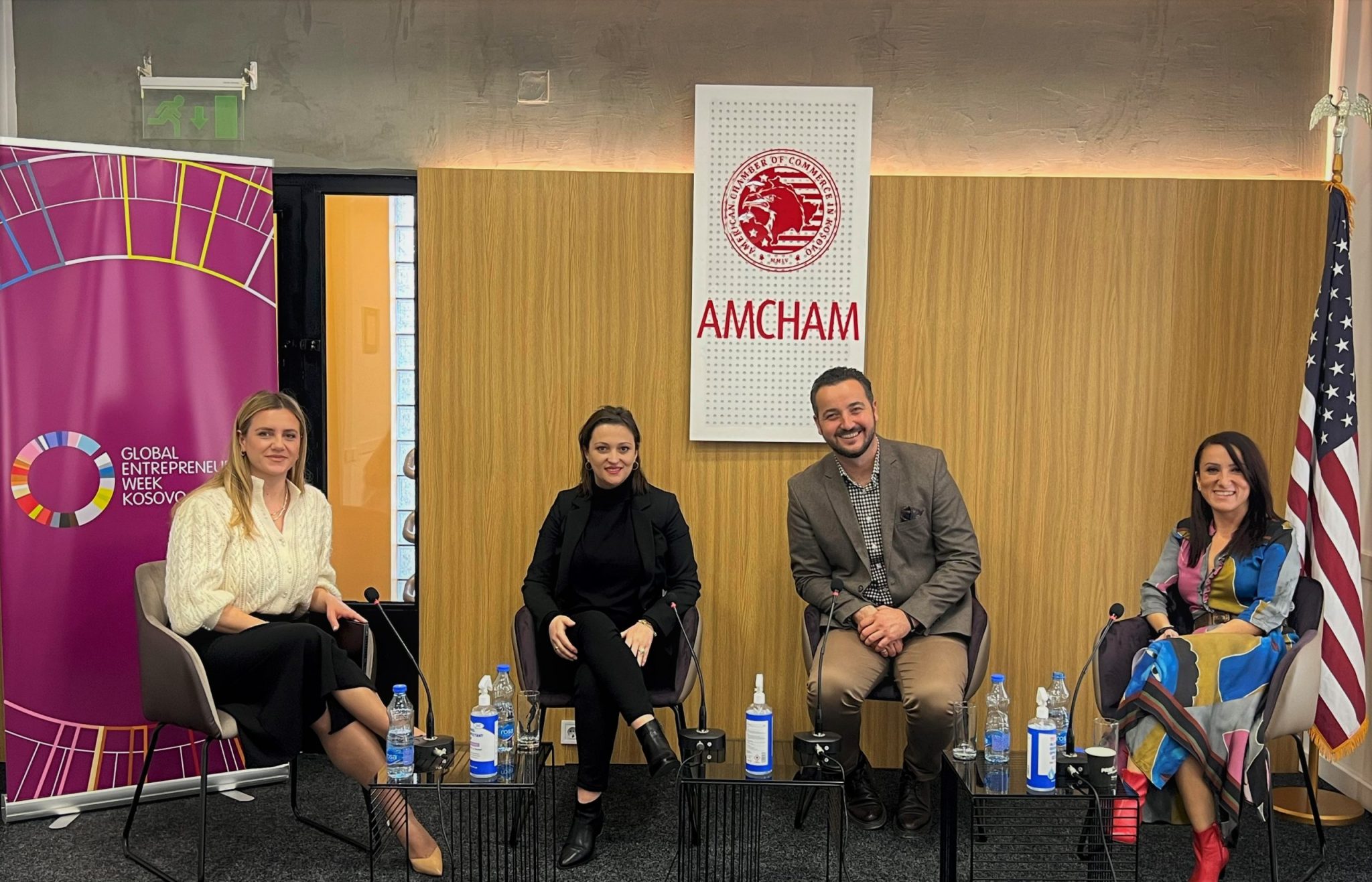 Corporate culture, a great indicator for the achievement of organizational objectives

Prishtina, November 9, 2021– The significance of company culture is vital in manifold ways. Hence, Amcham has organized a forum today regarding the company culture and relationships.

Frosina Islami from the company Coca Cola HBC Kosovo, and also the moderator of the event, said that the company where she works focuses on corporate culture and the adaptation of the latest strategies, as well as the distribution of diversity and gender equality. She said that they predict that 50% of the managerial positions will be held by women, which according to her is a challenge, and at the same time offers employment opportunities for women and plays a role in gender equality.

Merita Gashi Hajrizi from Cacttus Education mentioned the challenges in implementing the strategies created over the years, taking into account the fact that the market is growing and constantly changing, and that new strategies are required to implement different policies. Gashi Hajrizi further said that adaptation and global thinking carry challenges, and at the moment of recruitment the fulfillment of ISO standards is required, where the staff adapts more easily due to regulations almost similar to the world ones. According to her, the pandemic did not affect the functioning of the company because they were prepared in advance by organizing trainings for mental health.

From Raiffeisen Bank, Burim Brahimi said that the organizational culture starts from the vision to the values, the behaviors of individuals are considered important within the values of companies. Moreover, integration in terms of culture and change of mindset is considered as one of the most difficult aspects as each company has its own strategic plans and objectives of where it will reach. Further, in the context of the relationship, the most important is considered the relationship with customers, and that the basis for the functioning of the latter is the trust for a healthy relationship. This also applies to other relations, and other partners who are associates of the bank said, Brahimi.

Shpresa Kika from Sutherland mentioned the local and global policies of the companies thus making the organizational culture even more inclusive. According to her, regardless of location, the mentality of the company should be similar in the places where the company operates. She mentioned as a challenge the digital signing in Kosovo and the development of trainings during the pandemic period, emphasizing the importance that in addition to achievements, it is good to leave and good practices behind.