Corporate Social Responsibility, highly important for the sustainability of businesses 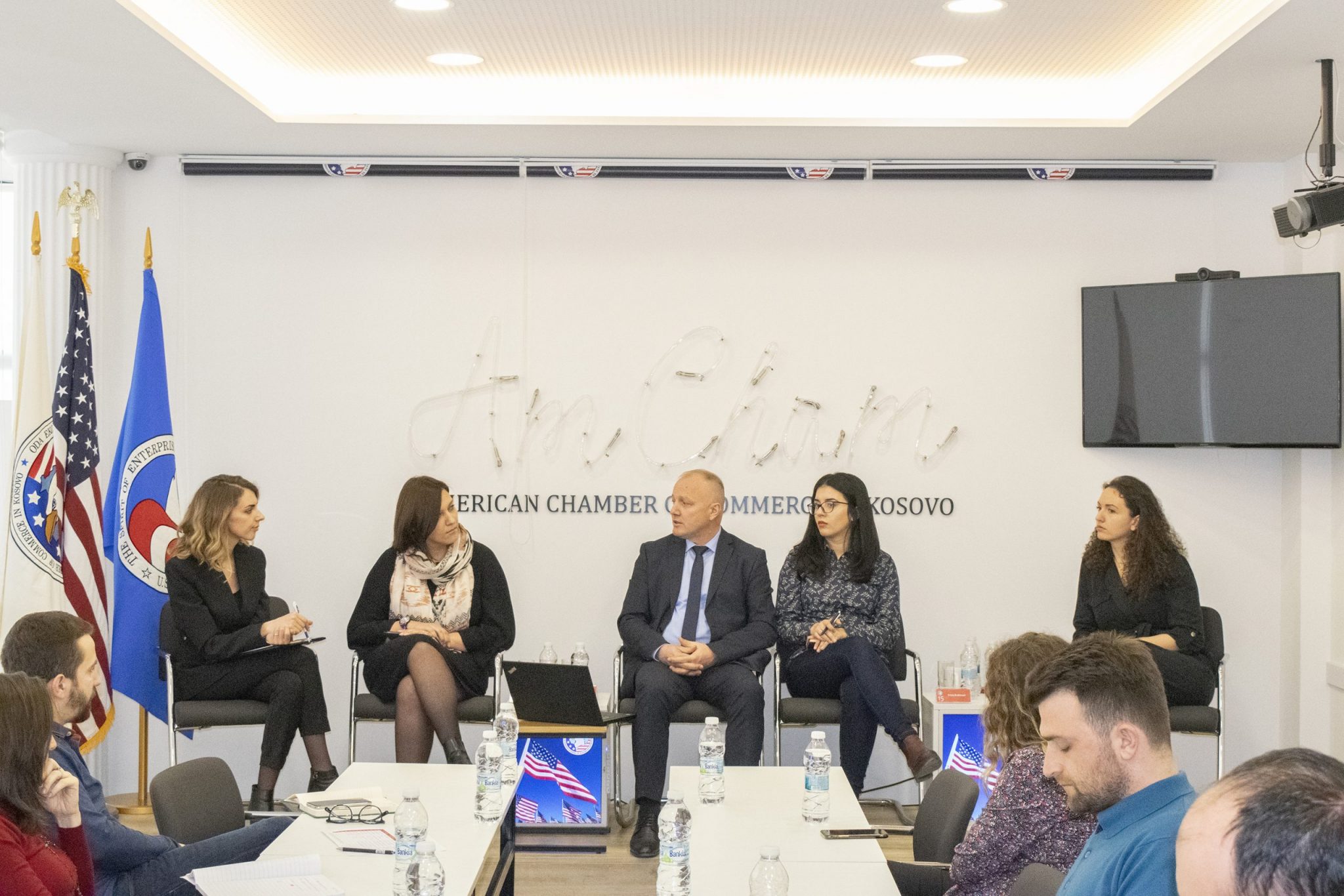 Corporate Social Responsibility, highly important for the sustainability of businesses

Prishtina, January 31, 2020 – In addition to the benefits that Corporate Social Responsibility brings to the well-being of the society, it also has a major impact on the sustainability of businesses, especially by creating a better image for companies that are active in this regard. This was concluded during a roundtable organized by the American Chamber of Commerce in Kosovo, where representatives of member companies had the opportunity to discuss about the impact of their activities on the society.

Agim Hasani from NLB Bank, emphasized that although the institution which he represents is of a commercial nature, CSR remains extremely important to this company. According to him, the main focus of this institution is in taking care of certain segments of society, which are somehow marginalized, adding that in the recent years NLB Bank has been highly active with various projects of this nature. Hasani added that CSR aspects are highly dependent on the success of the institution, because they represent an additional motive for enhancing commitments towards CSR.

Nora Tuli-Karahoda from Cacttus, stated that this company has supported various social causes, while also showing individual responsibility to society. She noted that apart from the philanthropic motive and the goal to raise awareness to the business community regarding participation in such activities, Cacttus’s activity has impacted in creating a better atmosphere within the organization, by conveying the sense of being active to the staff and students of Cacttus Education.

Erina Rrahmani, Project Coordinator at Jahjaga Foundation, added that one of the positive effects of businesses’ involvement in social causes is also the creation of loyal customers. According to her, CSR policies within a company increase the perceived value of consumers towards the company, and thus bringing loyalty especially from clients who believe in the same values. Furthermore, she focused on the need to include women in leadership positions and the need for diversity in institutions.

Anita Kosumi from BPB Bank stated that participation in CSR related activities is very important for this company. By unveiling some of BPB’s projects in this field, Kosumi talked about the support that this company has given especially in the field of culture and sports, and also in increasing professionalism among young people. She considered very important the involvement of all companies in such activities, especially because it boosts the morale not only within the company but beyond.

During this roundtable businesses also discussed about the need for more investment in education, although the return on this investment is made in the long run. Participants also added that it is very important for the media to promote CSR activities free of charge.