Corruption in health and education remains at high levels 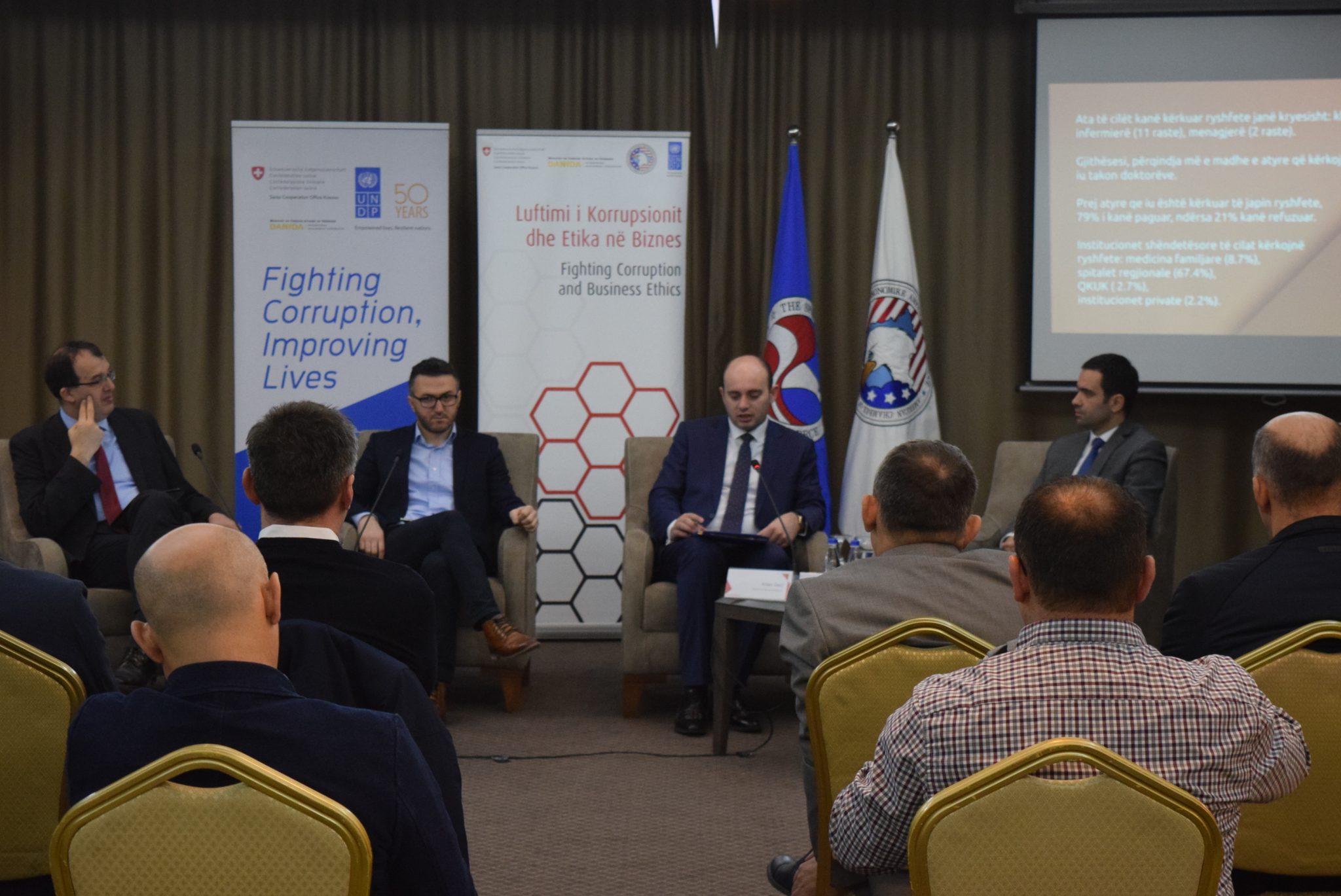 Corruption in health and education remains at high levels

Prishtinë, February 22, 2018 – Corruption remains at high levels in both health sector and education as a result of the lack of political willingness in higher institutions. This was the conclusion of the next roundtable organized by the American Chamber of Commerce in Kosovo titled “Corruption in Health and Education”, supported by UNDP’s Project, Support to Anti-Corruption Efforts in Kosovo (SAEK).

Arian Zeka, AmCham Executive Director, said that this roundtable comes after the publication of the report by Transparency International which evaluates Kosovo’s significant progress in the aspect of perceiving corruption, ranking Kosovo 10 places better compared to last year. Despite this, he said that efforts in fighting corruption should be increased in all its areas in order to have better results in this aspect.

In regards to corruption in health, Patrick Etienne, Head of Swiss Development and Cooperation Office in Kosovo, said that these are tragic consequences because they affect the lower quality services, and consequently in pressure and stress in society, resulting into citizens leaving the country. He said that the main problem remains in the country’s high institutions where private interest prevails the public one.

Blerim Syla, Chairman of the Federation of Health Unions, said that corruption is of two kinds, individual and institutional, mentioning the high level in politics. He said that the society lacks awareness in fighting corruption, stressing the importance of media’s commitment as well. He said that despite the concerns in this aspect, the response from the institutions has not been the right one. Whereas, the journalist, Alban Selimi, spoke about the importance of media in investigating corruption in health, also about few scandals that have been brought to public thanks to media.

On the other hand, in the panel of corruption in education, Arbër Geci, Deputy Prime Minister of Education, Science and Technology, said that compared to health, corruption’s consequences in education are slower. He mentioned the concerning situation in higher education on the presence of nepotism, political influence, and professors’ suspicious academic promotions. He also said that students, in the aspect of reporting corruption, are little informed, which is why the Ministry of Education plans in organizing events in informing and increasing awareness amongst them starting from primary schools up to universities.

Jeton Zulfaj, Program Manager FOL Movement, said that since after the war, the education system has degraded in the lack of investments in education as a primary field, and also in drafting laws. Based on the research made by them with vocational and high school students and professors, Zulfaj said that corruption is perceived as a perception more than as an experience, reporting that there is corruption but no concrete cases. He mentioned the necessity of conducting an evaluation about the quality of education from foreign countries so that the main gaps and problems in fighting corruption can be addressed.

Dukagjin Pupovci, Director of Kosovo Education Center, said that the corruptive system in employing staff in education remains concerning in both municipality and ministry levels. He also mentioned the corruption in salaries in higher educational institutions, stressing that establishing the forewarned legislation in salaries would help in eliminating some of the few problems.