Corruption, the main problem in Kosovo 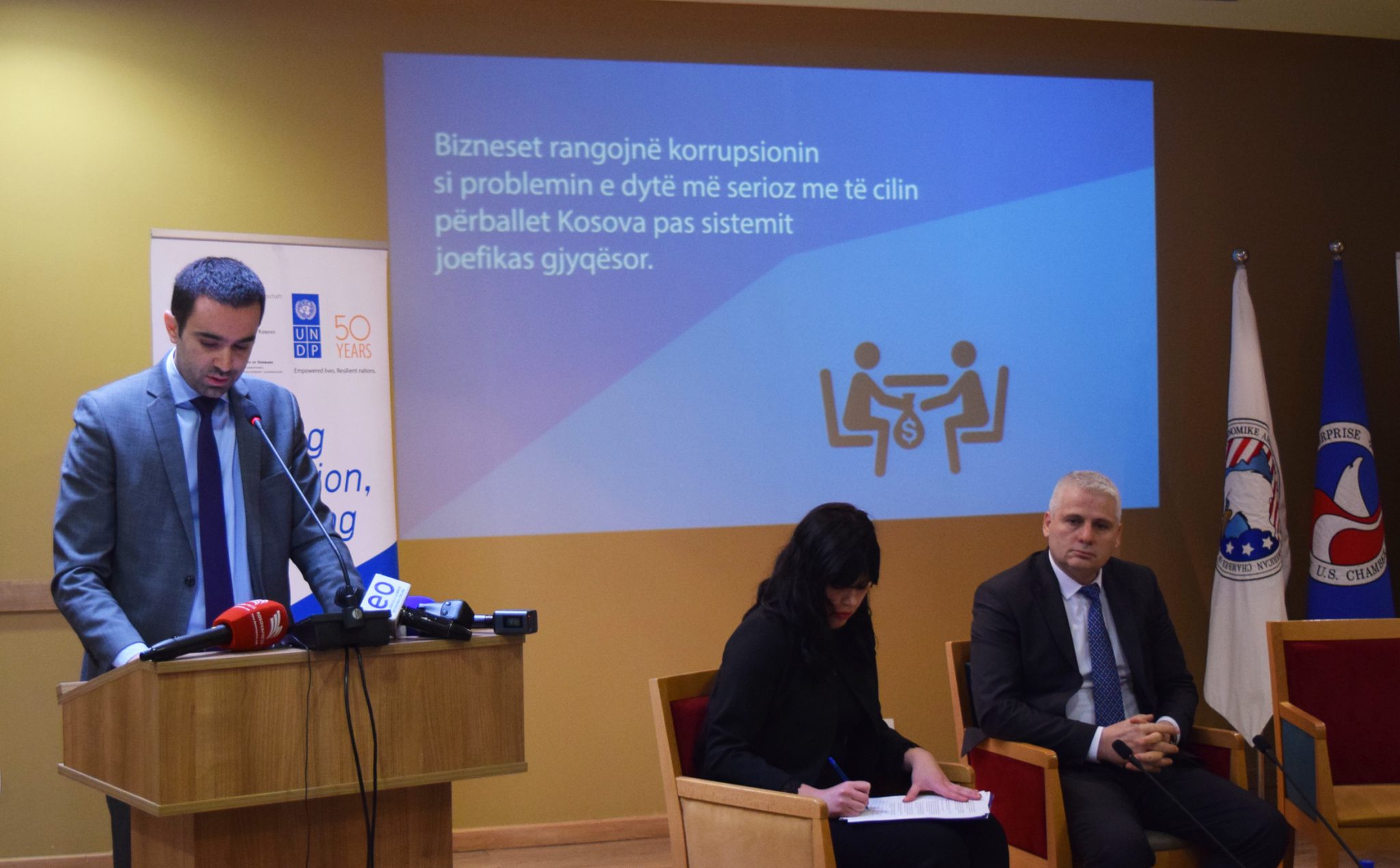 Corruption, the main problem in Kosovo

Prishtinë, March 13, 2018 – Corruption remains the main problem faced by the citizens and businesses in Kosovo. This was said today in the publication of the Corruption Perception Study by the American Chamber of Commerce in Kosovo supported by UNDP’s Project, Support to Anti-Corruption Efforts in Kosovo (SAEK).

Arian Zeka, AmCham Executive Director, said that despite the country officials’ pledges in fighting corruption, its consequences are experienced every day, whereas low results in punishing the responsible for corruption are the best example of the seriousness with which this problem is treated in the Kosovar society. He said that it is interesting that during this study, businesses identified the justice system as the main problem faced by Kosovo. He mentioned the American Chamber of Commerce’s commitment in further discussing on corruption.

Abelard Tahiri, the Minister of Justice, asked to further increase the partnership between the private sector and the Ministry he leads in fighting corruption. He mentioned three forms of corruption emerging in the country, personal profits, abuse of power, and the impact from the third side, which the ministry of justice is working on fighting. He also mentioned the penal code which will be approved next week in the Assembly and will affect in preventing corruption.

Visar Hapçiu, Head of Theodore Roosevelt Economic Research Institute of AmCham, presented the data from this study in corruption perception conducted with the member businesses, where 98% see corruption as the main problem, whereas 52% say that they have encountered it. He added that concerning is the low number of corruption reports from businesses, whereas progress is noticed in the evaluation of institutions in terms of transparency in corruption, ranking Business Registration Agencies, Customs, Tax Administration of Kosovo, etc.

Further on, Shaip Havolli, the Director of Anti-Corruption Agency, called upon businesses to cooperate with agencies in fighting corruption efficiently. Artan Canhasi, from USAID TEAM, said that transparency is the main factor in fighting corruption, mentioning the progress in some institutions through the e-procurement platform. Whereas Loreta Peçi, from PricewaterhouseCoopers, said that the government should increase the cooperation with the private sector in order to have improvements in the legal framework, and also increase in transparency and corruption perception.