Courts have the capacity to deal with insolvency cases 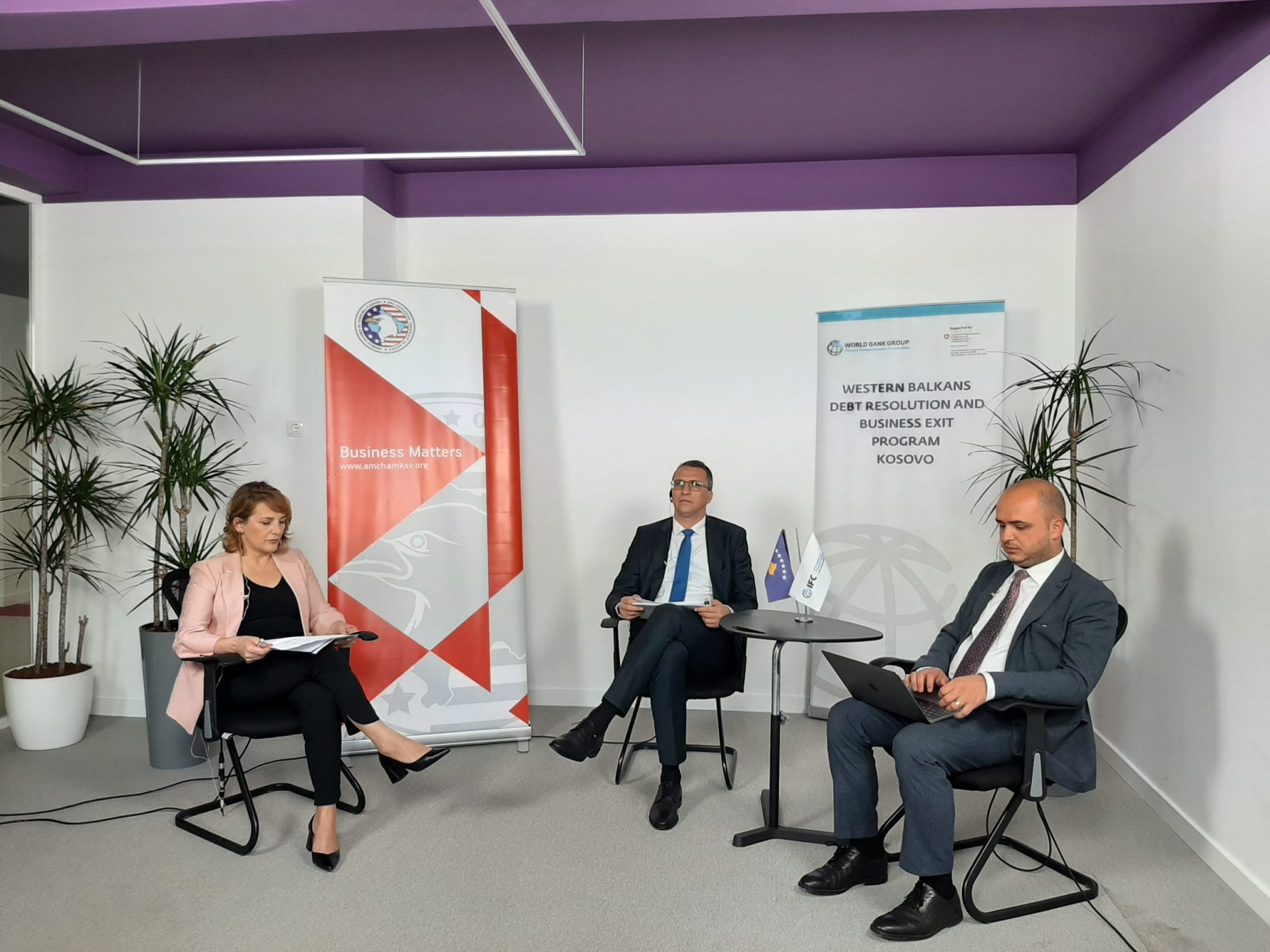 Courts have the capacity to deal with insolvency cases

Prishtina, June 11, 2020 – In addition to the impact on public health, COVID-19 pandemic has caused a serious economic crisis in enterprises of all sectors due to disruptions in demand and supply. During this time, a large number of companies have expressed uncertainty regarding their survival after the pandemic, whereas considering the impact of restrictive measures, the use of insolvency procedure can be very useful for Kosovar businesses which face difficulties of this nature.

COVID-19 impact on Kosovar businesses and legislation on restructuring and insolvency of companies was the topic of a virtual workshop organized by the American Chamber of Commerce in Kosovo in cooperation with the IFC’s Western Balkans Debt Resolution and Business Exit Project.

Syzana Dautaj, IFC Debt Resolution and Business Exit Project Coordinator in Kosovo, while referring to a survey conducted by five business organizations including AmCham, on the impact of COVID19 on Kosovar enterprises, stated that 64% of businesses in the country express uncertainty about their future. According to her, the legal framework that regulates insolvency issues at this time is more current than ever before, and it can be expected that a significant number of businesses in Kosovo will use this procedure for debt settlement and restructuring. Meanwhile, AmCham Executive Director Arian Zeka, stressed that the Law on Bankruptcy of June 2016 includes the best European and U.S. standards, replacing a previous legal framework which was almost unenforceable. Zeka stated that due to the situation created following the outbreak of COVID19, we may face a greater number of insolvent companies that risk bankruptcy, and consequently a larger number of debtors who may undergo procedures for reorganizing or restructuring debts. Zeka highlighted that under such circumstances we are fortunate to have a law that regulates these matters.

Mahir Tutuli, Judge in the Department of Economic Affairs at the Court of Appeals, stated that the bankruptcy law that was established in 2016 is a comprehensive law that enables businesses to reorganize their activities through courts, and yet so far in Kosovo there are few such cases. According to him, many factors affect the small number of these cases, and among them is the stigmatization of the word bankruptcy, which is perceived very negatively. Tutuli stressed that few understand that bankruptcy is only a procedure through which the reorganization of enterprises, respectively their economic recovery is intended to be achieved, while if this cannot be accomplished then enterprise liquidation is done as a final phase. According to the Judge, advantages of this procedure are the guaranteeing of a safe state for creditors that have claims against the enterprise subject to bankruptcy, the creation of space for businesses to be facilitated in a certain period after the moratorium prohibits all claims against them, and the possibility of planning to reorganize. The judge mentioned that other factors for not using this procedure are the reluctance of lawyers to deal with this area, and the legal provision which requires two creditors in order to open a bankruptcy case. He also spoke in detail about the provisions of the new bankruptcy law.

Ardi Shita, Legal Expert at IFC Debt Resolution Program, said that the COVID-19 pandemic could lead to an increase in enterprise bankruptcy cases, but the new law’s primary goal is to preserve jobs and reorganize businesses to avoid their complete liquidation. He stressed that the law also provides for the preservation of asset value, where the parties may request that non-essential business properties be removed from the list of insolvent assets during the insolvency process, in order to preserve their value. Shita emphasized that this law in its moratorium prioritizes the prohibition of actions against the enterprise so that the creditor cannot request compulsory fulfillment of the obligations provided in the contract by the debtor during the time the case is in process, thus creating facilities for reviewing the business reorganization plan. Shita also mentioned that this law protects the rights of all parties involved in the bankruptcy process, while adding that it provides for the concept of debt relief which entitles the debtor to request he court for release of debts at the end of the process of bankruptcy, meaning that all aspects treated in this process cannot be claimed again by either party. He stressed that the capacity of Kosovo’s courts is sufficient and more than advanced compared to the region, but awareness of the bankruptcy process must be increased.