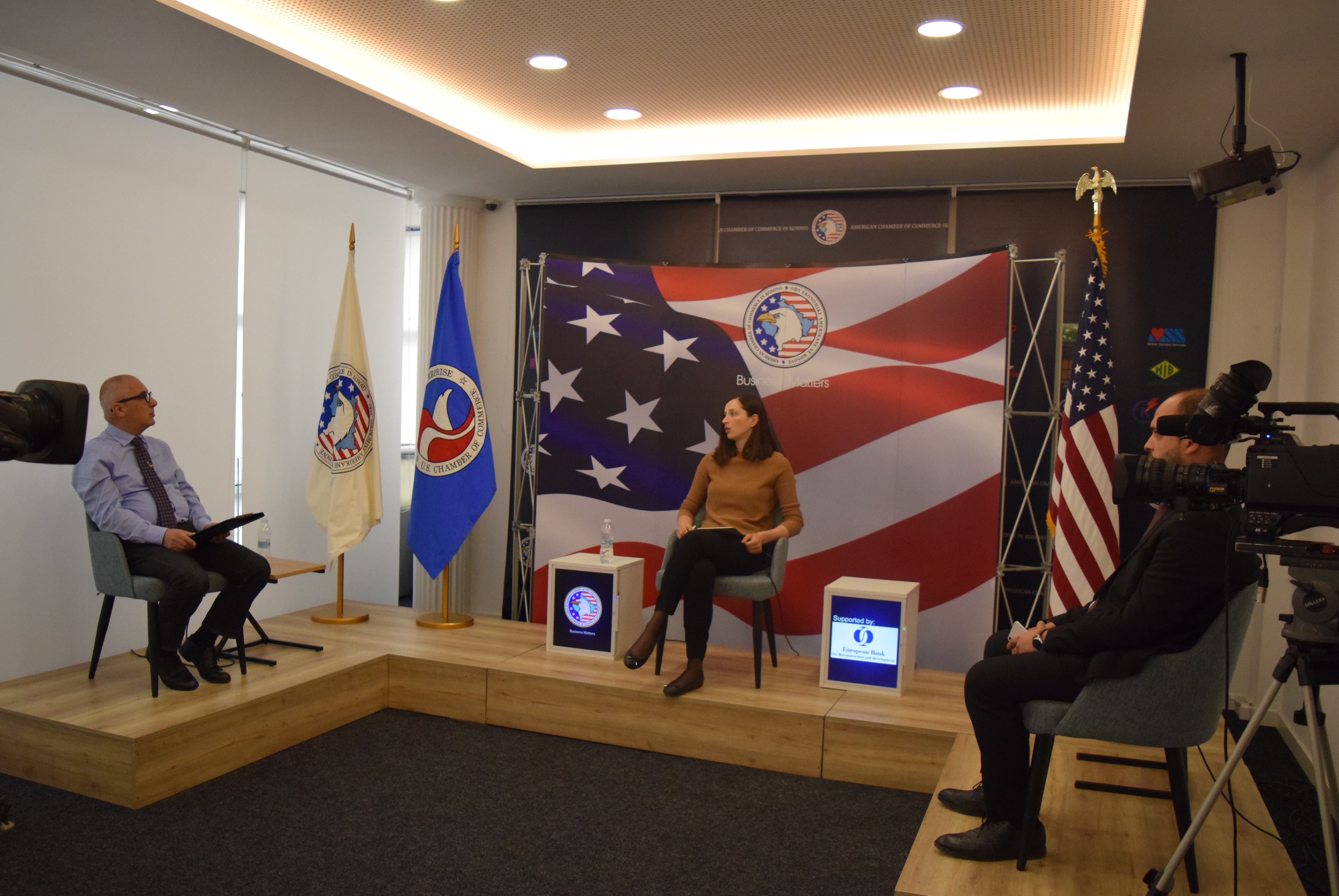 Prishtina, April 23, 2020 – Lack of a digital system for the judiciary and reporting of financial statements, various confusions caused by government decisions, lack of liquidity that complicates payments of employees, as well as credit and other liabilities, are causing several legal and tax implications for businesses, while the proportion of measures taken with the situation created, especially in economic terms, continues to be critical. This was concluded during a virtual forum organized by the American Chamber of Commerce in Kosovo, with tax and legal experts Gresë Rexhepi and Ardi Shita, moderated by Visar Dobroshi.

Gresë Rexhepi, chairperson of AmCham Tax Committee and Manager of the Tax Department in PwC Kosovo, praised the measures taken by the Government in response to COVID19 on extending the deadline for tax returns and the obligation to declare financial statements, yet stressed that their duration is insufficient as the crisis is deepening. According to her, the countries of the region should be taken into account while drafting influential decisions in tax matters, especially in the case of exemption from penalties or interest for delays in tax payments by businesses. Gresa emphasized that this was also a recommendation of the Tax Committee of the American Chamber, which emerged considering the obvious lack of liquidity in businesses. Furthermore, she stated that another worrying issue is the lack of a digital platform for reporting financial statements, as during this time physical appearance poses other challenges.

The commercial lawyer Ardi Shita, categorized the issues that arose in the legal respect during the recent weeks within three groups. According to him, the first group includes problems related to ad-hoc government decisions. Shita added that the non-inclusinveness of business associations in the working groups created for these decisions is to be criticized as this has resulted in misinterpretations and drastic changes of decisions within a short period of time. Meanwhile, according to Shita, the second group includes problems with employees and labor law. He stated that the suspension of activities and the large number of workers to be paid by companies have resulted in a risk of liquidity, whereas labor law is unclear remains unclear for such situations. He considered the provisions of vis major as a third problem, emphasizing that the Law on Compulsory Relations deals little with the situation of vis major, while the lack of this clause as a contractual provision can lead to further implications. Moreover, Shita mentioned that at this time there is an increased need for digitalization of the judiciary.

The Virtual Forums of the American Chamber of Commerce in Kosovo are supported by the European Bank for Reconstruction and Development, and the EU’s Enterprise Development and Investment Facilitation Program.