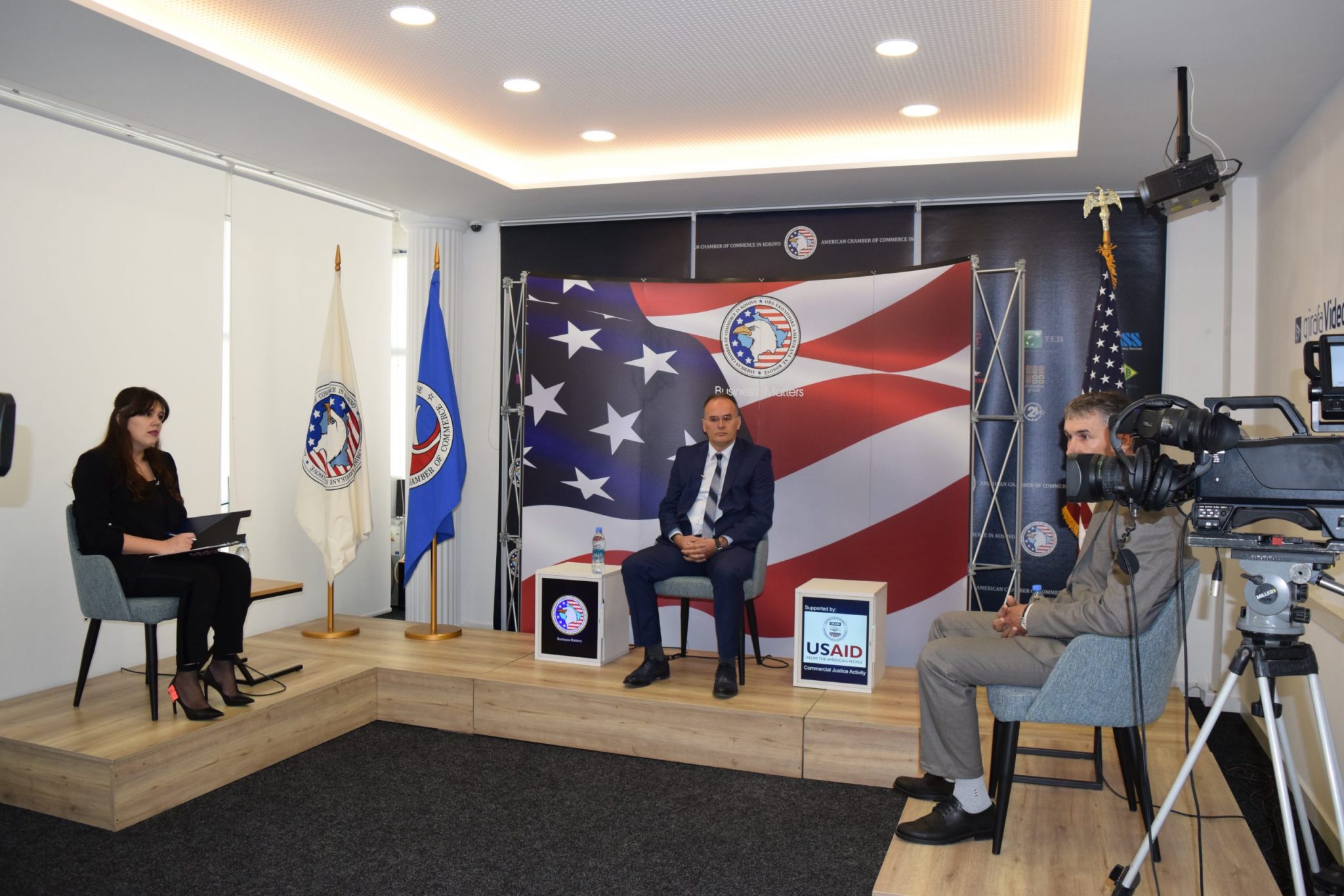 Prishtina, April 29, 2020 – In addition to the restrictions on enterprise activities, the COVID19 pandemic has also affected litigation. To discuss the work of the courts during the situation in Kosovo after the outbreak of COVID19 pandemic, the American Chamber of Commerce in Kosovo in partnership with the USAID Commercial Justice Activity Program have organized a virtual forum with panelists Bajram Miftari, Judge and Leader of the Department of Economic Affairs at the Basic Court in Prishtina and Krenar Berisha, Judge and Head of the Fiscal Department at the Basic Court in Prishtina.

Bajram Miftari from the Department of Economic Affairs stated that since the confirmation of the first case of infection with the COVID19 virus, the Judicial Council decided to reduce all judicial activities. After the decision was made and the businesses were notified about said decision, the modalities of its implementation were discussed and as a result it was decided to postpone the hearings and work with reduced capacities, thus focusing on issues that can be completed without physical contact with the parties. Miftari added that the courts and administration have continued to provide their services to businesses by reviewing cases, adding that due to pandemics, during March only 30 judgments were issued which is a small number compared to the months before the pandemic. He stated that cases of urgent nature such as criminal ones, detention  and domestic violence are a priority. Miftari discussed the idea of ​​applying remote platforms to settle commercial disputes, especially those treated through alternative methods, such as mediation. Finally, Judge Bajram Miftari highlighted that postponing the hearings has a great impact on businesses and that a court case is vital for their future and also assured that after the end of this situation, all hearings will be scheduled in the same order they were before the pandemic.

Krenar Berisha from the Fiscal Department asserted that despite the circumstances in which we find ourselves, the Court has accepted lawsuits, requests and objections to administrative decisions which have been duly registered and processed, adding that so far there have been no reductions in cases but that can happen a few months later, after a potential end of the pandemic.

Berisha also spoke about alternative methods of resolving disputes, while stating that they cannot be easily implemented because this department examines the legality of administrative acts issued by public administration institutions. Berisha said that in terms of specific changes brought by these circumstances, the judges have mainly faced security measures proposed by businesses. So far, the pandemic has not caused a lot damage to the judiciary, precisely these departments, but potential damage may be noticed in the future.