Credit Guarantee Fund explains procedures for the benefit of businesses 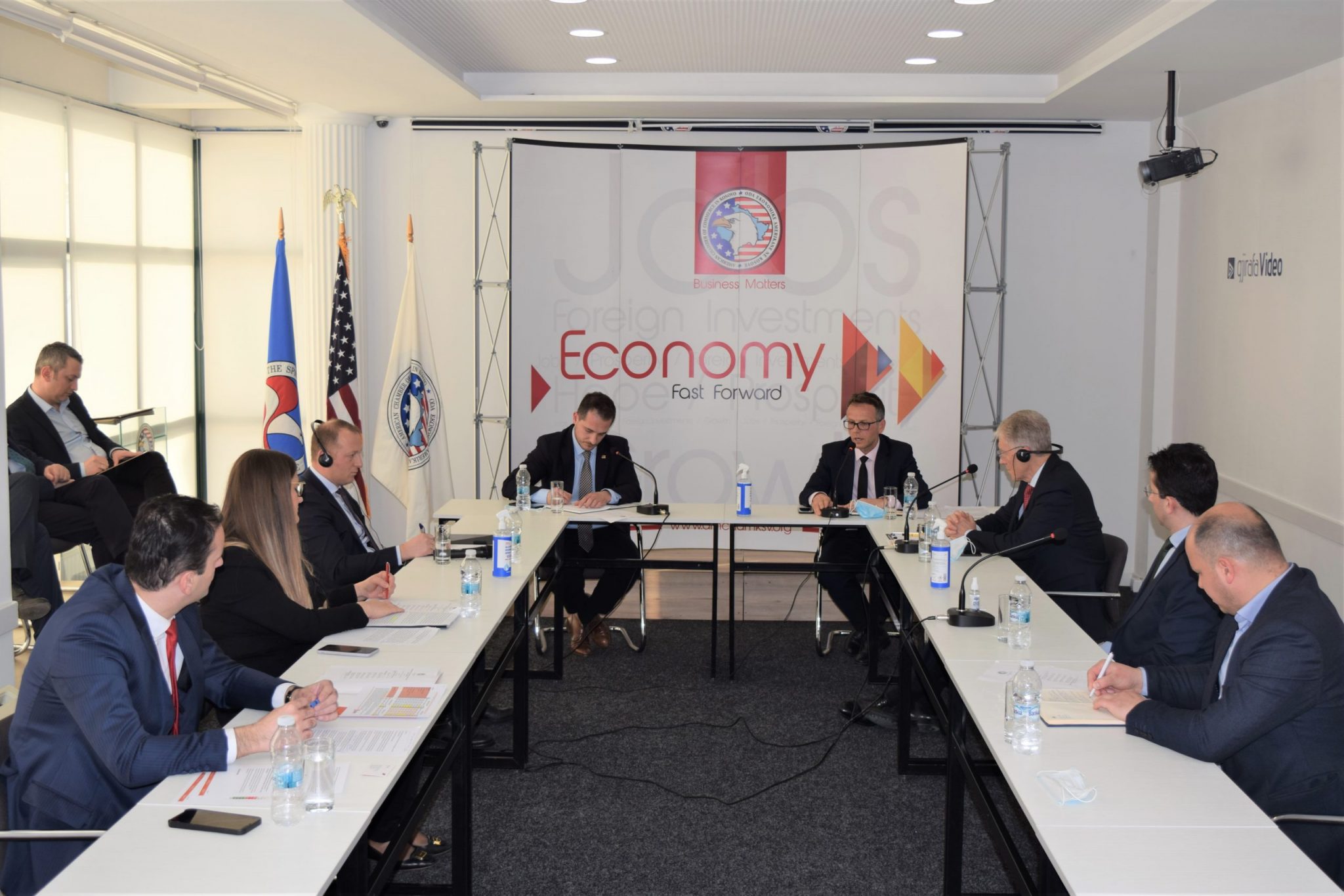 Credit Guarantee Fund explains procedures for the benefit of businesses

Prishtina, February 24, 2021 – The outbreak of the COVID-19 pandemic has dramatically impacted economic activity, by limiting the operation of many industries, and thus affecting large declines in their turnover. The role of the Kosovo Credit Guarantee Fund (KCGF) in facilitating access to finance, the procedures that businesses must follow to use the guaranteeing from this fund,  its financing limits, and the role of commercial banks in determining the beneficiaries, were discussed during the last roundtable organized by the American Chamber of Commerce in Kosovo, with a panel of representatives from this institution, as well as the banking sector in the country.

Besnik Berisha, Executive Director of the Kosovo Credit Guarantee Fund, spoke about the role of this institution in helping access to finance for small and medium enterprises, with special emphasis on its activity during the period of ​​economic recovery. According to Berisha, KCGF, by guaranteeing the loan portfolio of partner banks, has managed to help facilitate access to finance for local businesses, in accordance with the Law on Economic Recovery. He stated that during this period, the Fund has increased the coverage of credit guarantee up to 80% of the loan value, compared to the previous coverage value of 50%. Berisha announced that in order to use this fund, businesses must apply for loans in commercial banks and undergo bank procedures, while if the value of their collateral is insufficient, banks have at their discretion the possibility of issuing loans by using the guarantee from KCGF.

The moderator of this event, Blin Zeqiri, CEO of Art House, highlighted the need for clarification of the lending procedures guaranteed by the Kosovo Credit Guarantee Fund, as according to him, businesses at this time need to maintain liquidity or pursue new investments, and thus are interested in taking advantage of the opportunities offered by this institution.

Commercial bank representatives were also participants in the panel for this event. Suat Bakkal, Chief Executive Officer and Director of Banka Kombetare Tregtare noted that Kosovo has the best performing banking sector in the region while mentioning that KCGF plays a very important role in risk management and the ability of banks to issue more loans. Regardless of that, he stressed that the stability of this fund is key for the continuity of the banking system, and as such, it should be wisely used by banks.

Robert Wright, Chief Executive Officer of Raiffeisen Bank Kosovo, said that the assessment of bank lending is made case by case, and there is no such thing as ‘one size fits all’, because lending should be assessed depending on the industry and the relevant criteria. He noted however that something like this serves the borrowers even better. Furthermore, Wright pointed out that the banking sector is very interested in lending and taking advantage of the KCGF, while also mentioning the social responsibility demonstrated by banks for deferring loan payments when dealing with the pandemic.

Deputy Chief Executive Officer of BPB – Banka për Biznes, Artan Sadiku, stated that this bank has used the Kosovo Credit Guarantee Fund to issue loans mainly to micro-enterprises, which as the main catalysts of the economy and employment generation in Kosovo are a targeted profile of this bank. He said that BPB is in very close cooperation with KCGF, while considering this cooperation as a very good opportunity, especially in terms of risk mitigation.

Hamide Pacolli Gashi, Deputy Chief Executive Officer of the Economic Bank, said that this bank has played a very important role in lending to its customers in all sectors during the pandemic period. She stressed that access to finance has been enabled by this bank’s stable liquidity, and loans have been issued to both existing and new customers. Pacolli Gashi also noted that KCGF has been very helpful in covering the collateral for customers with financial potential but with lack of collateral.

The Chief Financial Officer at TEB Bank, Rezak Fetai, said the banking system as a whole has played an important role in dealing with the pandemic situation. According to him, a positive aspect of the system was that it entered this crisis with successful indicators, which enabled it to respond appropriately to it. Fetai stated that during the time when the financial crisis started, TEB bank has decided to create special credit lines to help existing businesses, using the agreement with the Kosovo Credit Guarantee Fund to increase the level of lending.