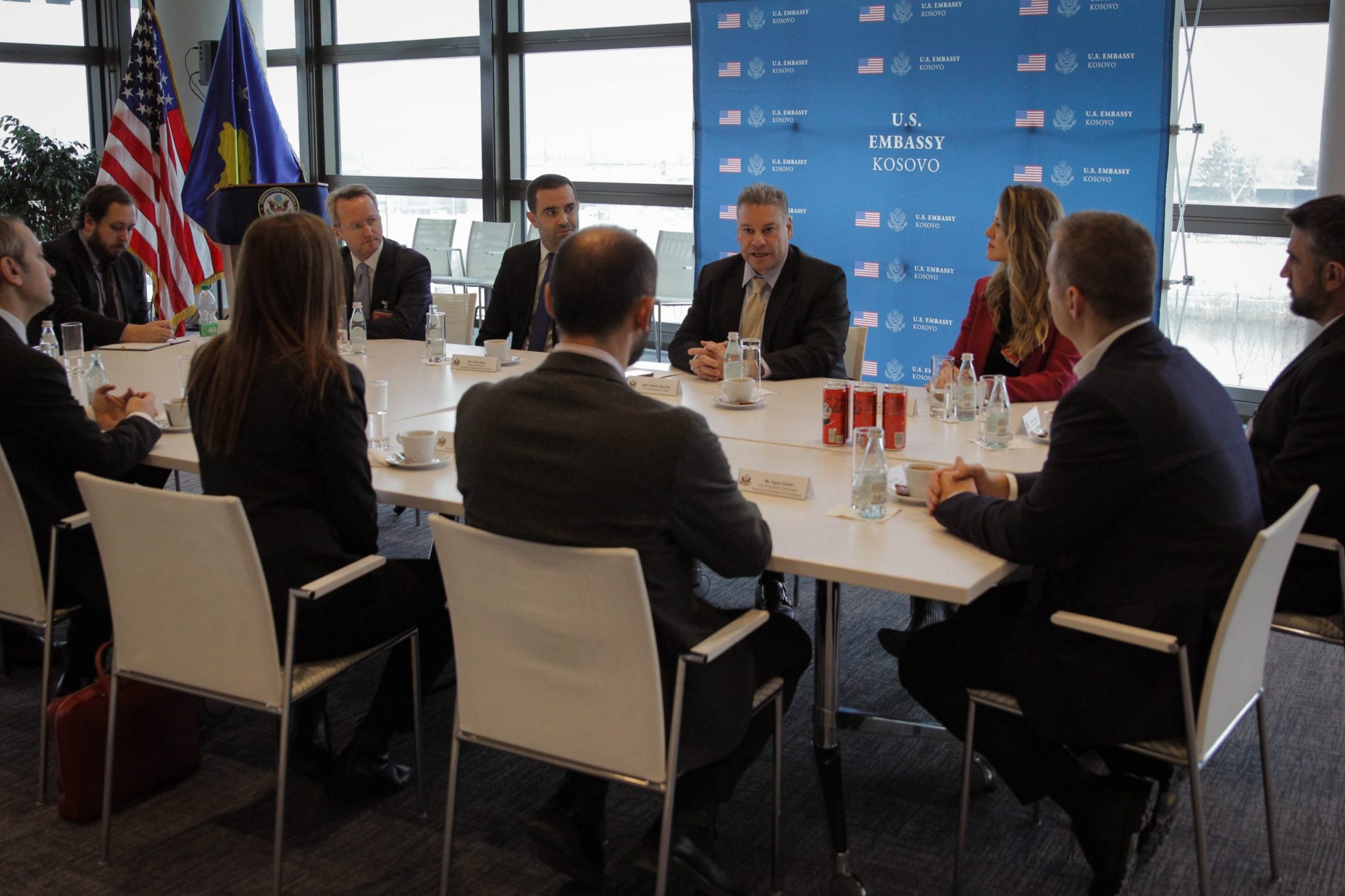 Pristina, December 13, 2022 – The U.S. Deputy Assistant Secretary for European Affairs, Gabriel Escobar, met with the members of the Board of Governors of the American Chamber of Commerce in Kosovo.

DAS Escobar reiterated the commitment of the United States to support the Euro-Atlantic integration of all countries of the Western Balkans, as well as the economic integration of the regional markets.

Representatives of the American Chamber of Commerce in Kosovo shared with DAS Escobar, who is also U.S. Special Representative for Western Balkans, AmCham’s position in support of the economic normalization between Kosovo and Serbia, as well as common regional market initiatives, such as Open Balkans and Berlin Process.

AmCham leadership voiced its concerns over the tensions in the region as an impediment to Kosovo’s ability to attract investment.