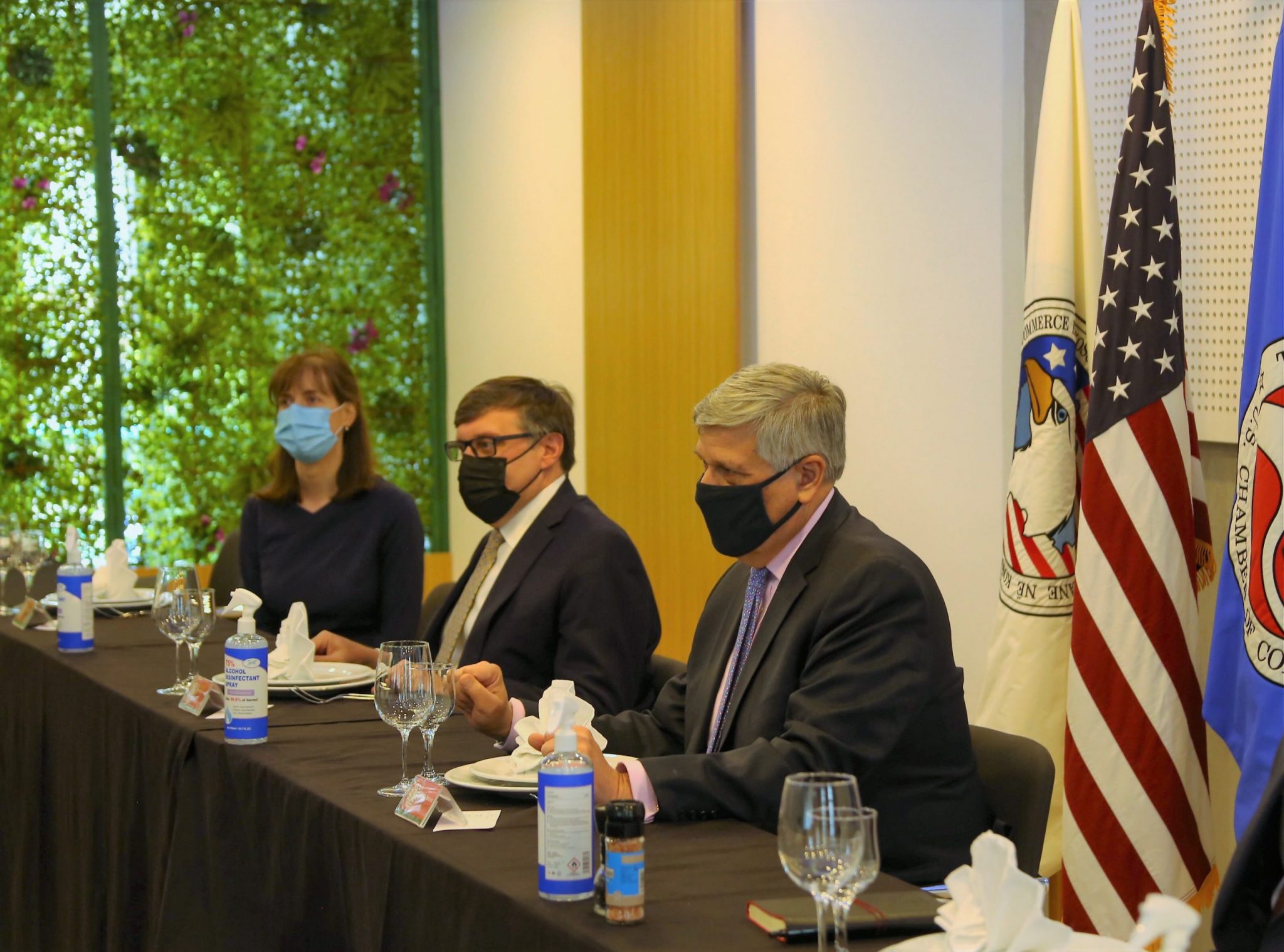 Prishtina, May 31, 2021 – U.S. Deputy Assistant Secretary, Matthew Palmer, and U.S. Ambassador to Kosovo, Philip Kosnett, visited the American Chamber of Commerce in Kosovo to meet and discuss with the leadership and member companies of the organization.

Deputy Assistant Secretary Palmer expressed his understanding of the role AmChams across the region, and in this particular case AmCham Kosovo plays, providing a solid foundation for the relationship between the two countries, the United States and Kosovo. He thanked AmCham for promoting the economic partnership between the two countries, and in helping create opportunity for American business to invest in Kosovo and for Kosovo businesses to invest in the United States, adding that the network of AmChams across the region is a hugely positive, productive, and influential framework to deal with the current challenges the region faces.

Mr. Palmer wanted to hear from AmCham members on the local business climate and regional business climate, which are things high on U.S. agenda to promote regional economic integration, with an idea to lower barriers to trade, to lower barriers to economic integration and movement of people and capital, evaluating them as a framework for Kosovo to integrate into the European system, ideally as a member of the European Union, which is also a goal and objective of the United States for Kosovo’s future. He also said that a comprehensive agreement on the normalization of the relationship between Kosovo and Serbia is key to attracting more U.S. and other foreign investments and creating the much-needed jobs for Kosovo and other people of the region. Representatives of the American Chamber of Commerce in Kosovo spoke about the importance of a stronger dialogue between the Government of Kosovo and the private sector, but also on the advancement of the regional economic cooperation, development of energy capacities and workforce training.