Digitalization, an inevitable process for businesses 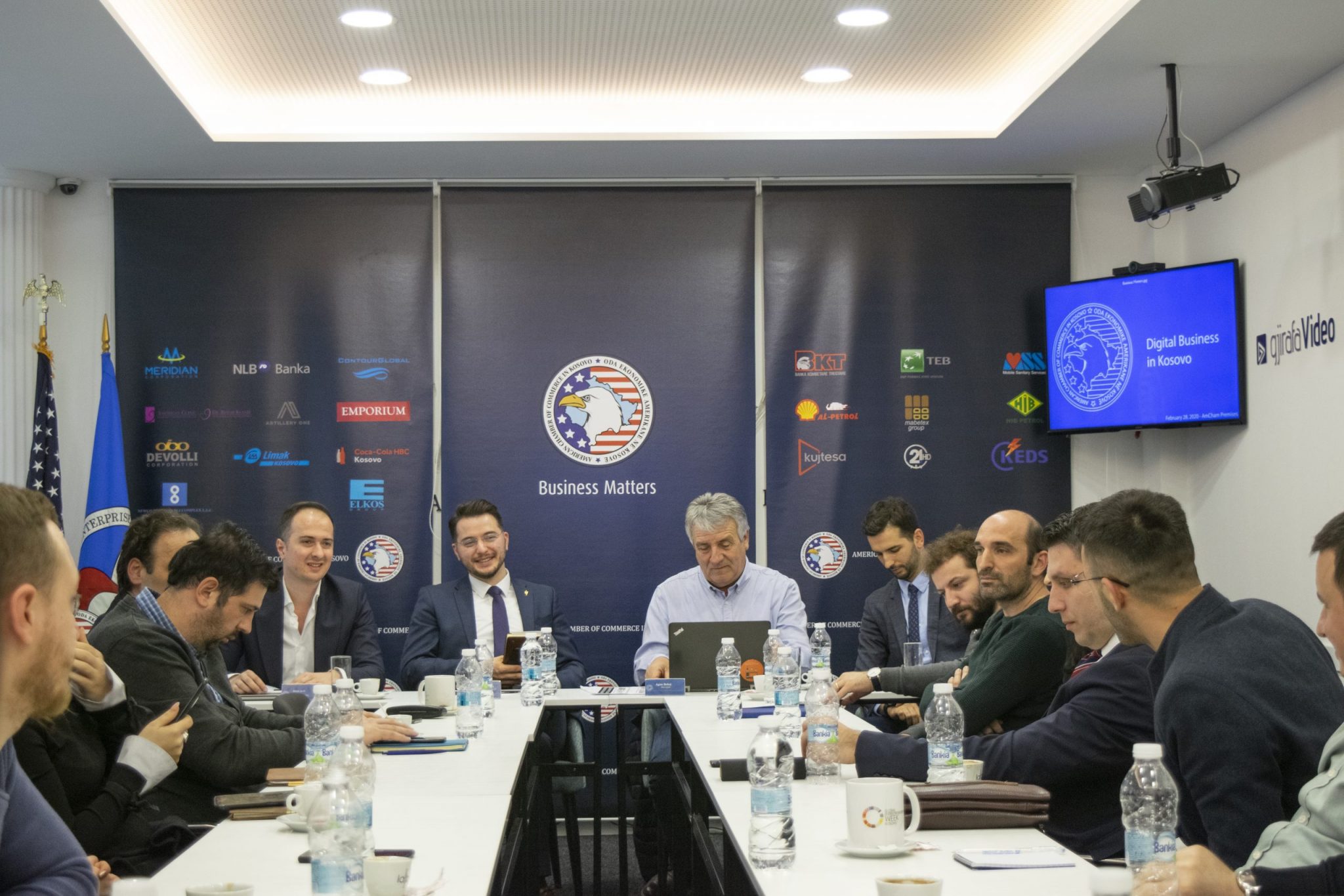 Digitalization, an inevitable process for businesses

Prishtina, February 28, 2020 – Digitalization is an indispensable practice in order to increase transparency and efficiency of businesses, as well as to advance further the economic development of country. This was concluded during a roundtable on digital business in the country, organized from the American Chamber of Commerce in Kosovo.

Milot Arifi, Executive Director at Prosperoware, stated that all companies in Kosovo with or without consciousness are undergoing the digital revolution, which brings with it many opportunities but also various challenges. According to him, it is very important for every company to start implementing this process, initially by promoting a culture in the organization that embraces the initiative, adding that there is still room for raising awareness of digital processes and its benefits for Kosovar businesses.

Getoar Mjeku, Advisor to the Minister of Economy, talked about the government’s 4-year program for digital economy in the country, where he stated that the main purpose of this program is to fund key components of digital transformation. Mjeku mentioned the lack of legislation as one of the already existing barriers to the development of this sector, while stressing that the government will start implementing a project to increase competitiveness in the IT sector. According to him, the government will prioritize the formation of a digital infrastructure supported by an adequate legislation, especially for online trading.

Agim Bekaj, representative of Microsoft, stated that in recent years a large number of Kosovo’s population use social networks, which indicates an increasing trend, therefore Kosovar businesses inevitably have to keep up with modern trends and increase their presence in the digital world. Moreover, Bekaj considered very important the digitalization of public services by the government, because according to him it would minimize chances for practices such as corruption.

Taulant Stublla from Cisco, stated that digitalization is a process of particular importance, which should exist within any business, because among other things it facilitates providing services abroad as well, such as in the case of Kosovar companies. Stublla emphasized that digitalization affects in facilitating work in public and private institutions, while the government should do more to regulate the legal frameworks that would support digitalization.