Digitalization of Taxpayer Services enables a faster and safer process 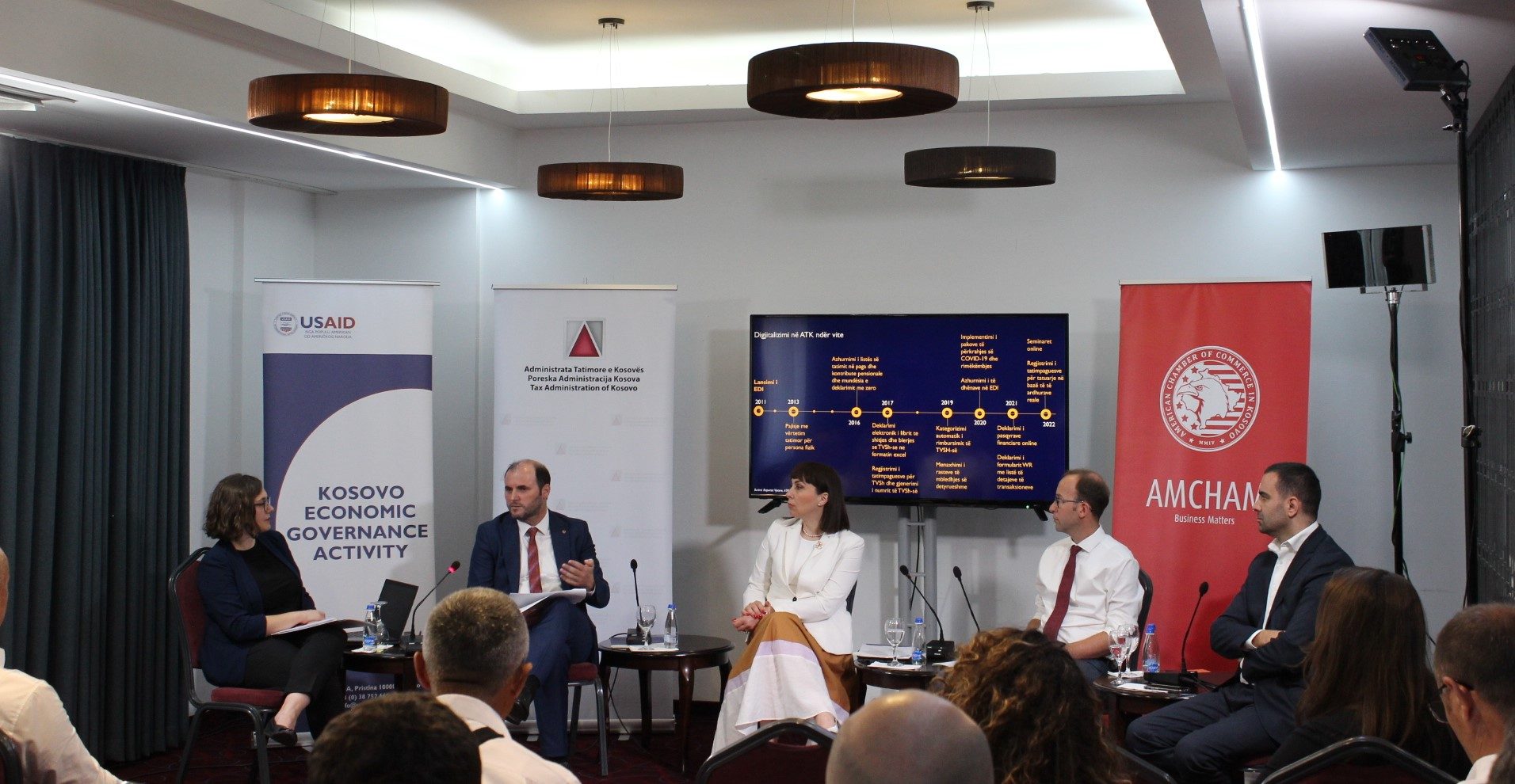 Digitalization of Taxpayer Services enables a faster and safer process

Prishtina, June 30, 2022 – Digitization of services for taxpayers is an important step towards a faster and safer tax system. To discuss the Tax Administration of Kosovo’s achievements to date in digitalizing, automating, and improving taxpayer services, as well as the next steps in TAK’s digitalization agenda, the American Chamber of Commerce in cooperation with the USAID Kosovo Economic Governance Activity organized an event to discuss “Digitalization of the Tax Administration of Kosovo: Discussion with Director-General of TAK”.

Ilir Murtezaj, Director-General of TAK, said that the digitalization of the Tax Administration has started in 2011 with the launching Electronic Declaration platform – EDI, when TAK addressed the need to improve services to businesses, to make the tax declaration and payment process easier and faster. He added that the online system for filing and paying taxes has not only improved filing experience for businesses but also increased security and reduced the possibility of making mistakes considerably.

Melita Ymeraga, from Melita & Partners, said that when new systems are developed, the focus should always be on businesses and decision-making should be based on information in order to make it possible for businesses to meet their tax obligations. Further, she stressed that it is important to continuously educate taxpayers and businesses about the most efficient ways of complying with tax obligations.

Yll Zagragja, from Zagragja & Associates, spoke about the improvement of compliance with tax obligations to TAK since the establishment of the electronic system of declaration and payments, emphasizing among other things that thanks to this system, businesses save a lot of time, not having to physically meet with TAK officials.

Nora Kokaj, Public Financial Management Objective Lead at the USAID Kosovo Economic Governance Activity, said that the digitalization of taxpayer services has not been developed in a short time, but has been a continuous multi-year process that has created a consolidated system of service provision. Digitalization of taxpayer services provides for a more enabling business environment, as well as better management of public finances.

The Executive Director of the American Chamber of Commerce in Kosovo, Arian Zeka, said that the biggest benefits of the electronic declaration and payment system are increased efficiency, reduced operating costs and transaction points, which consequently reduces the possibility of illegal activities.