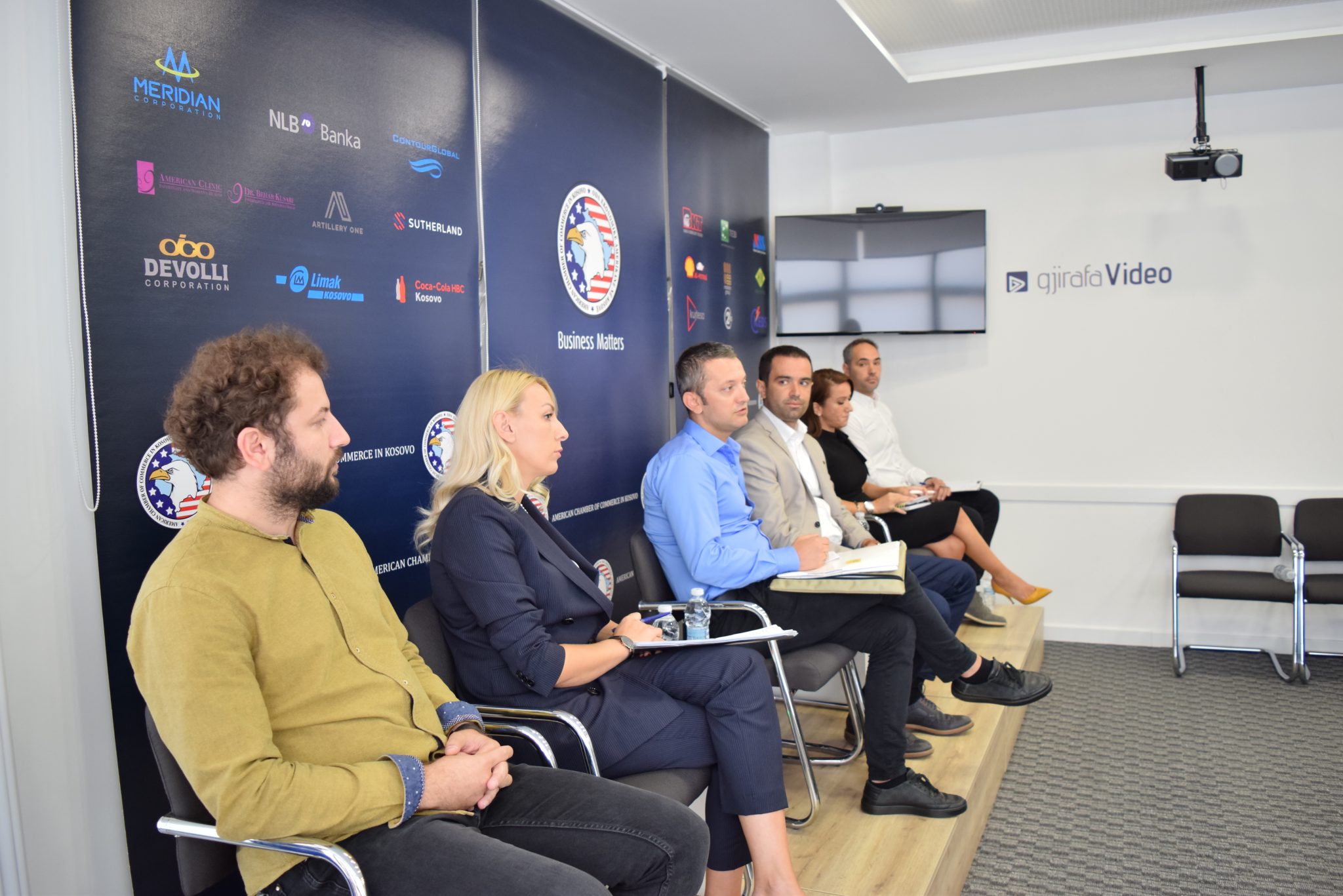 Prishtina, August 26, 2019 – Digitalizing Kosovo’s economy is one of the preconditions for the further development of businesses, facilitating the process of providing their services in the market, but also for the economic growth of Kosovo. This was said during the roundtable organized by the American Chamber of Commerce in Kosovo in which business representatives provided their recommendations to the new Government regarding the digitalization of the economy.

Chairman of AmCham Digital Economy Committee, Ardian Hoxha, mentioned the priorities of the Committee he leads which should be considered by the new Government, such as establishing the legal infrastructure for digital economy, increasing cyber security measures, approving the Draft Law on Electronic Identification and Trusted Services in Electronic Transactions, etc. He said that considering the fact that the information and communication technology sector remains the sector with the largest growth in the country, its facilitation and development should be the focus of the governmental institutions for the country to be competitive with other countries in the region and the world.

Representative of the U.S. company Sutherland, Shpresa Kika, said that one of the challenges that foreign businesses face in the Kosovar market is the lack of access to information which is fundamental in providing quality services to clients. She added that despite the lack of information which is key to expanding businesses in various countries, the cyber security level is also a major challenge for businesses in the country.

On the other hand, Arizona Bërdynaj from the company Kujtesa said that although there is high internet penetration in the country, numerous investments are needed in its infrastructure in providing quality services to citizens and businesses. Regarding the digital economy transition, Bërdynaj said that businesses should also be supported through various funds that focus on supporting the digitalization of the economy.

Sharing the view of Innovation Centre Kosovo (ICK), Executive Director Uranik Begu said that given the fact that technological trends are constantly changing, continuous partnership between the public and private sectors is more than necessary for higher success in the digitalization of the economy. Begu said that Kosovo needs a mission that for the next five years clearly places the country as the leader in the digital economy in the region in a certain area, adding that the proper use of financial resources in this regard is necessary for the development.

Arianit Fazliu from Kutia said that Kosovo has easier access to internet than some European countries and therefore its higher use impacts the economic growth and business development. Among others, he mentioned various methods for monetization by businesses providing digital services, such as selling products online, adding that the inclusion of institutions should be made in order to simplify access to online shopping platforms. According to him, this would help to further materialize the higher internet use in Kosovo, which is among the highest in Europe.