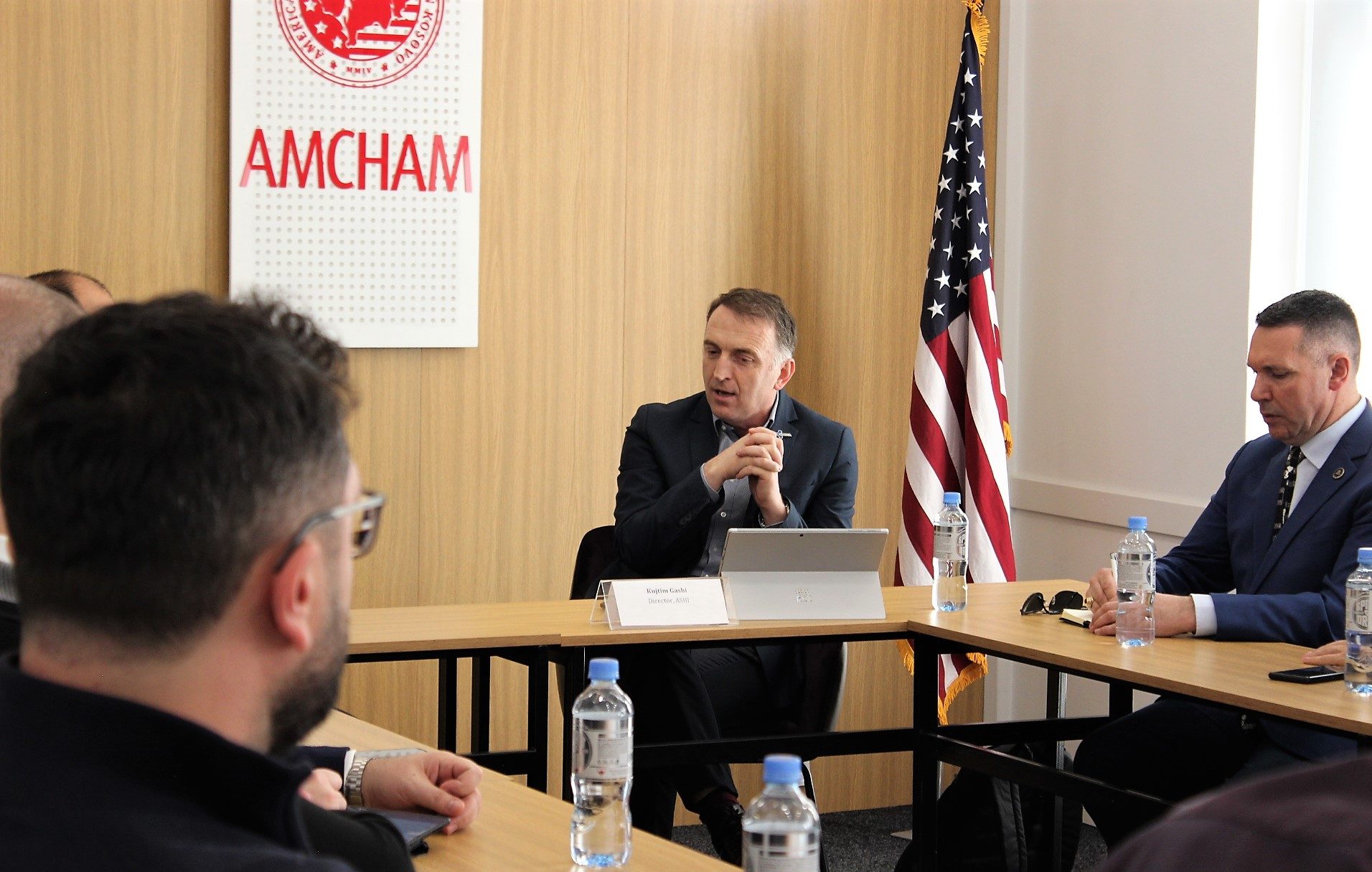 Prishtina, February 23, 2022 – Digital Economy Committee of the American Chamber of Commerce and the Agency for Information Society discussed the possibility of economic digitalization in state institutions and the possibility of a partnership between the private and public sectors.

Kujtim Gashi, General Director of the Information Society Agency (ASHI) explained how other state institutions take the digital economy for granted, but nevertheless, with the various activities of digitalized companies, and with the help of ASHI, there is sufficient proof for the development of national and international digitalization, therefore the transformation of state administration and public policies are highly dependent on the development of information technology. “E-Kosovo is the best system construction pyramid in terms of digital transformation,” he said.

Astrit Leti, Director of Operations for Kosovo at Tive mentioned the activity of the committee as very positive for the country, while the digital economy is a very broad topic in many areas and aspects that affect every industry. Leti believed that with the help of the American Chamber of Commerce and ASHI as a background, there should be advocacy for the postponement of some important processes, in order to help this committee raise issues at the national level. Leti believes that every company representative on this committee is challenged similarly to human resources, as companies have begun to open their own academies, so that they can develop their staff and expertise and, ultimately, the company itself.

The members of this committee also discussed the e-Kosovo platform, resource systems, electronic signature, which has entered into force and is being implemented, and other important issues of the digital economy sector.