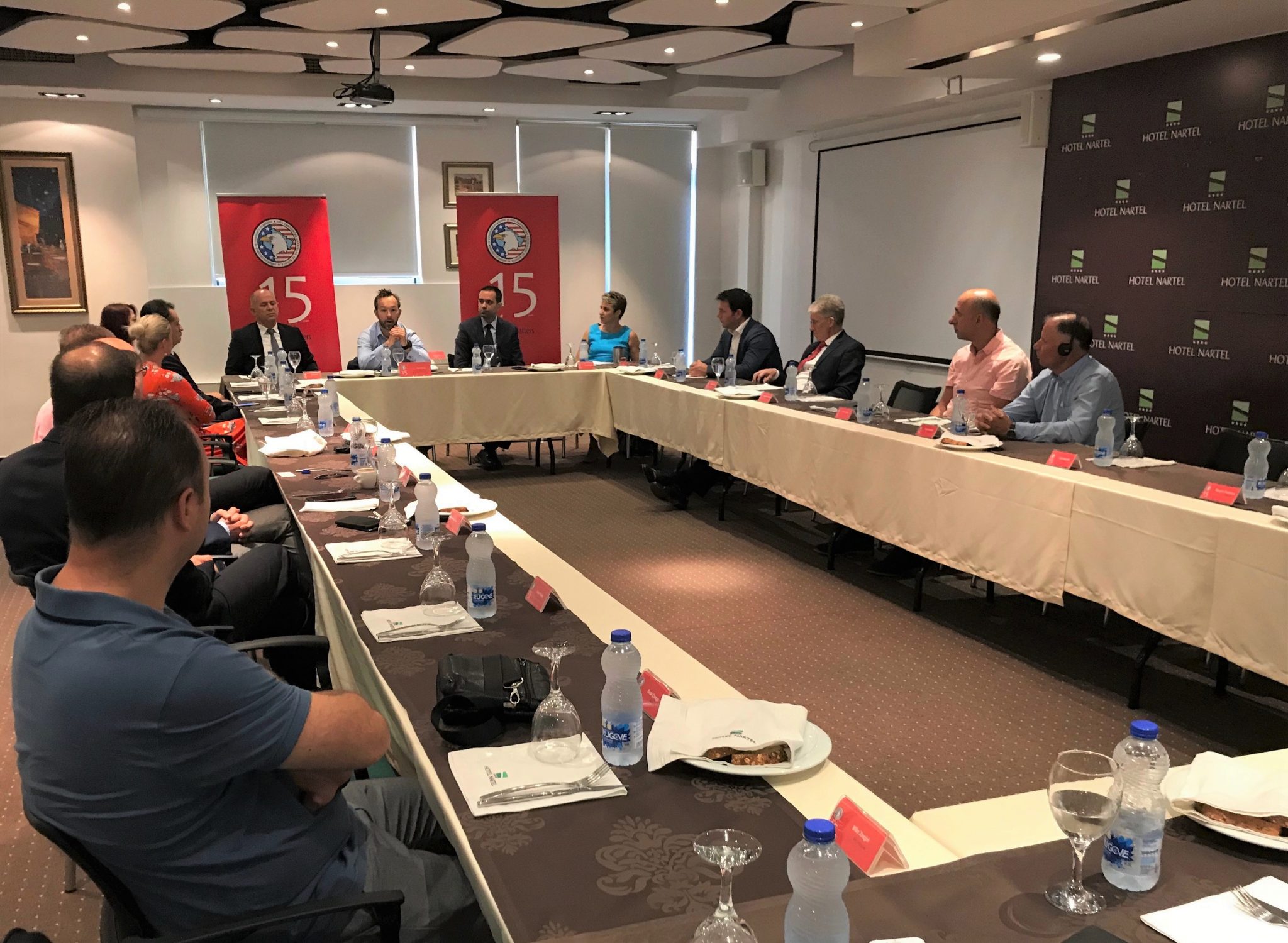 Prishtina, July 3, 2019 – Supporting the private sector through financing various projects from the European Bank for Reconstruction and Development is more than necessary for stable economic development in the country and attracting foreing direct investments. This was said during the Breakfast for Executives organized by the American Chamber of  Commerce in Kosovo with Head of European Bank for Reconstruction and Development (EBRD) in Kosovo, Neil Taylor.

AmCham Executive Director, Arian Zeka, said that EBRD offers great opportunities of financing for the private sector, adding that the investment portfolio in the country has increased during the recent years. Zeka added that AmCham would like to see higher participation of the private sector in the EBRD investment portfolio which currently is only 30%.

Head of EBRD in Kosovo, Neil Taylor, said that support for the private sector through advisory and financing various projects from EBRD remains one of the main priorities of EBRD in its mission in Kosovo, mentioning that during the previous years they have invested 322 million euros in Kosovo and have supported with business advice over 800 enterprises. Regarding the support and development of the private sector, Taylor mentioned the recently launched Competitiveness Program in partnership with ProCredit and BpB in providing financial support for micro and small businesses, whereby he said that, besides the private sector, two other areas that EBRD aims to invest in are the development of infrastructure and in increasing the number of renewable energy projects.

Taylor said that the main concerns of EBRD in attracting foreign direct investments are the weak rule of law, mentioning amongst others also the high level of corruption, informal economy, etc. Amongst others, he mentioned some of the investments of this bank in Kosovo including various sectors such as energy, empowering women entrepreneurs, and others.

Further on, businesses present had the chance to discuss various areas in which EBRD investments would be able to help in their development such as digital economy, construction, etc.