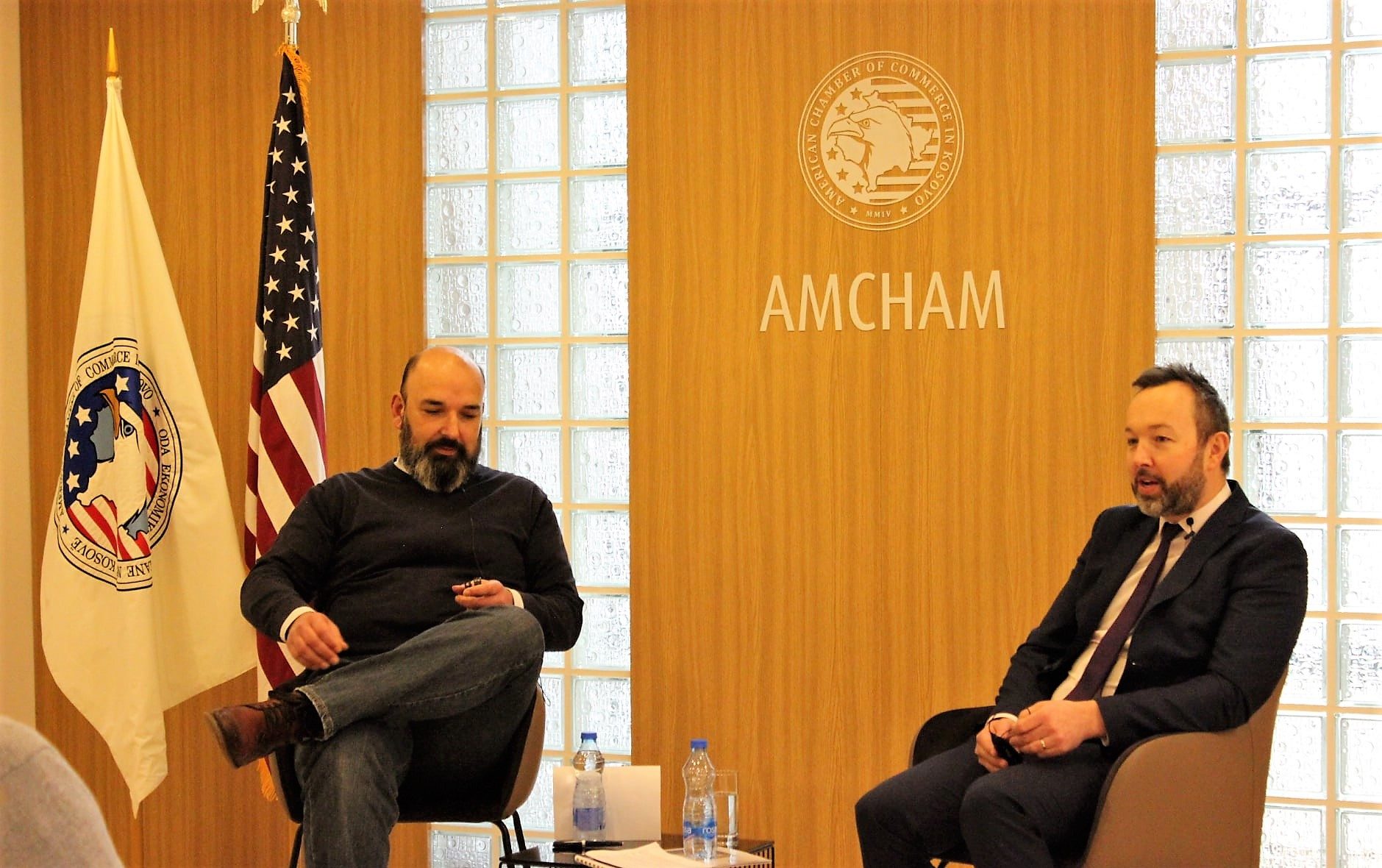 Prishtina, February 9, 2022 – The American Chamber of Commerce in Kosovo organized a forum with representatives from the European Bank for Reconstruction and Development and financial experts to discuss funding priorities for 2022 and the impact of foreign investment on the country’s economic development.

Neil Taylor, Head of the EBRD Office for Kosovo said that there is a gap in infrastructure between the public and private sector, as is the case in most European countries, while since 2012 the EBRD activity has increased by half billion euros of investments in Kosovo.

“We will continue to help businesses overcome the COVID19 pandemic crisis, given that the foundation of Kosovo’s economy is still developing and, in which, the informal economy stands at around 40%, which is considered a massive problem for the operation of businesses,” said Taylor.

Speaking about foreign investment, Taylor said he would like to see more investments in Kosovo, by also mentioning the energy crisis as one of the main problems that businesses will face not only this year, but also in the coming years.