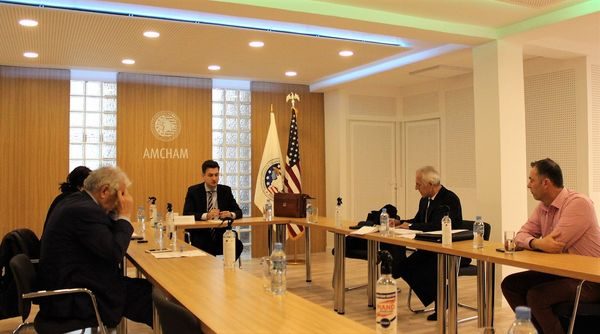 Prishtina, March 17, 2022 – The American Chamber of Commerce in Kosovo held a meeting together with the Education Committee. Present at this meeting were: Shkëlzen Gërxhaliu from the Accreditation Agency, Vildane Kelmendi from Cacttus Education, Petrit Bushi from AAB University, Edmond Muhaxheri from A.U.K and Suat Berisha from Universum.

Gërxhaliu stated that the program “Follow up Procedures” will be present mainly with the implementation of recommendations by experts. One of the key points to be developed by the Accreditation Agency is that they should start to be more cooperative with the Chambers in general for better results in future projects.

In this meeting were discussed some more detailed problems mentioned by the participants themselves such as: time of implementation, refusal of accreditation, inequality between state and private institutions and so on. All these were reviewed by Shkëlzen Gërxhaliu in as much detail as possible on his part with the hope that soon every detail will be functional.