Education reforms are very important in bridging the skills gap 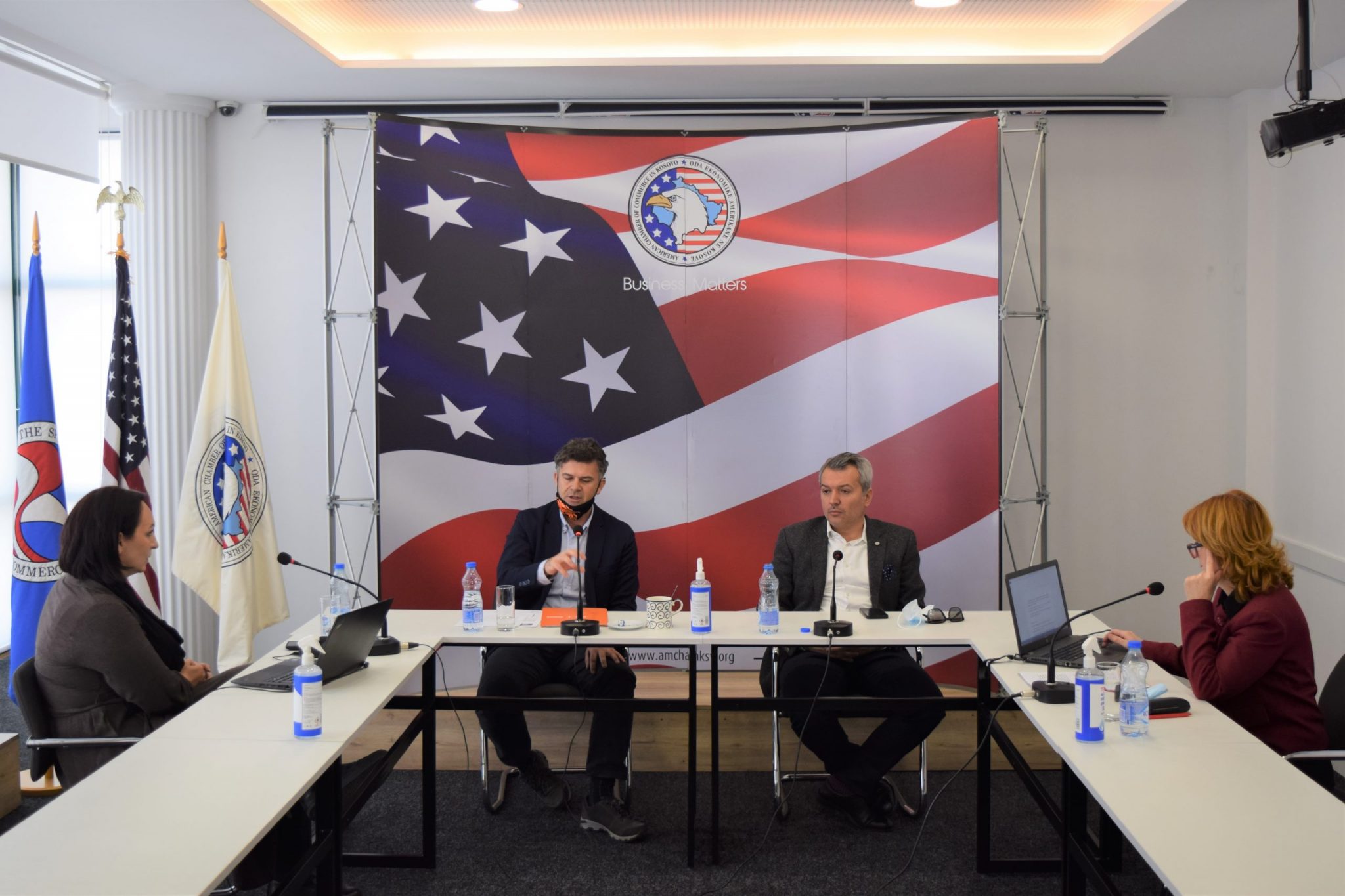 Education reforms are very important in bridging the skills gap

Pristina, March 25, 2021 – Despite the high number of students enrolled in higher education in Kosovo, the high youth unemployment rate is an indicator that reflects a mismatch between the skills offered in the labor market, and those required by employers. Various issues that contribute to this gap, as well as opportunities to bridge it were discussed during the last virtual forum organized by the American Chamber of Commerce in Kosovo, with a panel of representatives of higher education in the country.

This forum was moderated by Vildane Kelmendi, Program Director at Cacttus, who noted that the lack of skills among young graduates takes an ever-increasing place in public discourse, and generally refers to the fact that employers in the private sector encounter difficulties in finding staff with the skills needed to perform jobs of various natures in private sector companies.

Among the panel members for this discussion was Lavon Bajrami, Dean of Enrollment at the American University RIT Kosovo, according to whom the problem of the skills gap is a multiplied problem in Kosovo, due to the fragile economy along with other challenges. Bajrami stated that in Kosovo the demands of different industries are not in sync with the skills of the workforce, but nevertheless, higher education institutions are not to be blamed, as this problem is much deeper rooted. Speaking about Kosovo’s discouraging results in PISA, Bajrami said that the country needs reforms at all levels of education, as the acquisition and development of skills begins much earlier than in higher education.

Another speaker in this discussion was the Executive Director of Universum College, Alejtin Berisha, who said that despite little progress in terms of bridging the skills gap, Kosovo has not yet reached the desired levels. According to Berisha, one of the key problems behind this is the lack of funding for education, as the share of education expenditures in relation to the country’s budget is very small, while that for research and development is non-existent. Another important point he mentioned was the transition from a system where higher education has been a privilege, to a system of massive and affordable higher education, which according to Berisha shows that expectations can not be too high.

Whereas, the other panelist, Venera Llunji, Deputy Rector for Cooperation and International Relations at AAB College, emphasized that all levels of the education system are interconnected, and in such situation, no level can be specifically blamed for the skills gap. She underlined the disturbing situation of education in Kosovo, noting that it has drastically dropped at every level, while citing the so-called functional illiteracy as a very negative factor, present in Kosovo. According to Llunji, it is good to have cooperation between educational institutions and businesses, in order to identify market demands and create educational programs that match them.