Effective dialogue with the private sector should be emphasized in 2020 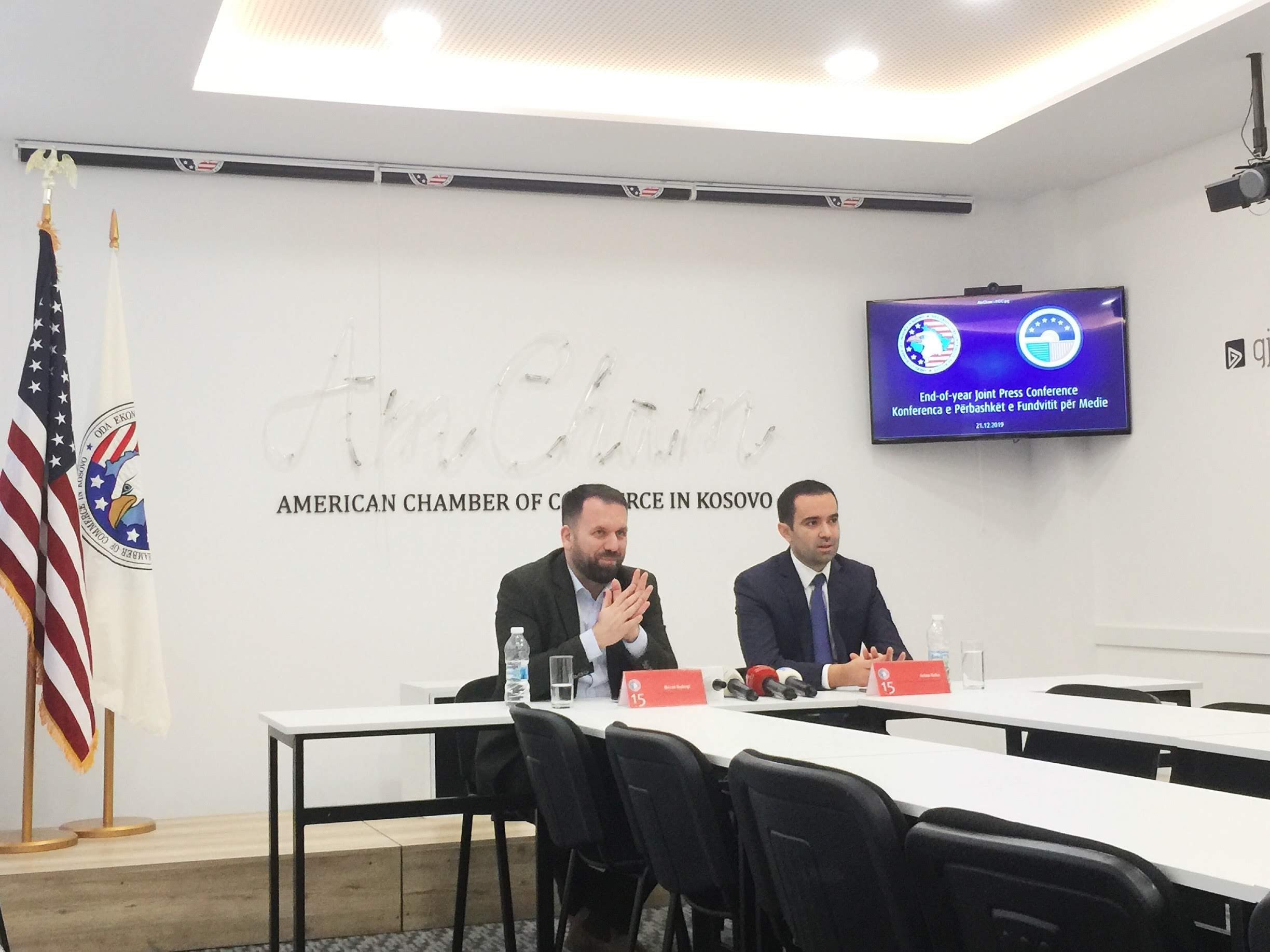 Effective dialogue with the private sector should be emphasized in 2020

Prishtine, December 21, 2019 – Political developments in the second part of the year post Government resignation have inevitably led to limited achievements and non-satisfying results in what was promoted as the Year of Economic Development, whereas the new Government must further its reforms in the business environment. This was said today during a joint press conference organized by Kosovo Chamber of Commerce and the American Chamber of Commerce in Kosovo. During this conference, the top executives of the two chambers of commerce spoke about the economic developments during 2019 while also presenting their recommendations for the upcoming year.

Kosovo Chamber of Commerce President, Berat Rukiqi, stated that despite expectations for a more sustainable economic development in 2019, several factors have had a negative impact on this respect, citing the political crisis as one of the main factors that has negatively influenced the confidence of doing business among both internal and external investors. He added that the delay in constituting the new government could create irreparable damage to the country’s economy. Rukiqi also stressed that political topics have overshadowed fiscal and economic policy reforms, which have resulted in slowing exports and growth of FDI in the country. He also said that the new government should push for the establishment of the Commercial Court, which has already received support from both chambers of commerce.

The Executive Director of the American Chamber of Commerce in Kosovo, Arian Zeka, considered for pity the lack of positive results at the end-of-the year. In this regard, Zeka mentioned the downturn for several positions in Kosovo’s ranking in the World Bank Doing Business Report 2020. On the other hand, as a more positive development he mentioned the improved ranking for five positions ahead in the 2019 Index of Economic Freedom published by Heritage Foundation, which assesses developments in the field of Rule of Law, Regulatory Efficiency, Government Size and Open Markets. Concerning 2020 recommendations, and therefore the new Government, Zeka stated that one of the top priorities must be the drafting of a national strategy for economic development, as a point of reference for all government and respective ministries’ decisions. Furthermore, he added that the closing of the agreement for Kosovo-Serbia relations normalization would affect in increasing political stability, and opportunities for attracting American and other foreign investments, not only in Kosovo, but also in the whole Western Balkans.

Other issues to be treated with priority in the agenda of the new government are the increasing of education quality, as well as the bridging of the gap between supply and demand in the labor market. A starting point in this aspect should be the alarming results of the PISA report, as well as the measures that highly ranked countries in this report have undertaken for education improvement.