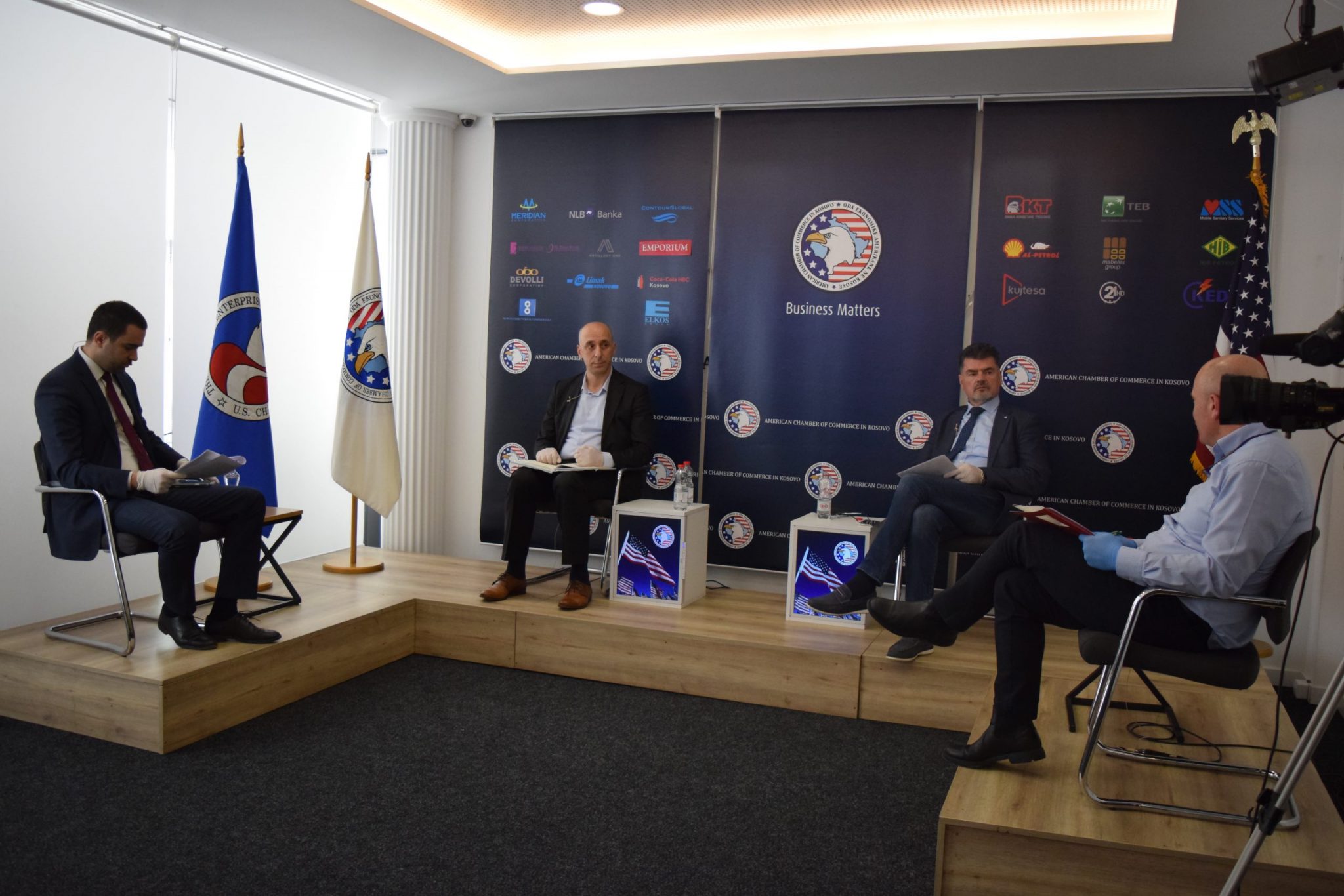 Prishtina, April 8, 2020 – As the largest contributor to the country’s economic development, the private sector has been largely hit by the spread of COVID19, and yet the measures taken by the Government’s Emergency Fiscal Package, although welcome, are proving to be deficient in preventing damages, while in terms of compensation, private sector workers are not being treated fairly compared to those in the public sector. This was concluded during a virtual forum organized by the American Chamber of Commerce in Kosovo, where the impact of the Emergency Fiscal Package was assessed.

Fikret Havollli from Orbico stressed the importance of involving the private sector in dialogue processes, emphasizing that the decisions stemming from the Emergency Fiscal Package should have been made in coordination with the business community, for the effect of this package to be sustainable and chain. He stated that some points that should be addressed further are the allocated amount and the structuring or the content of the package. Havolli assessed the amount allocated for coping with this phase to be very small compared to other countries, while stating that its effect will be hardly noticeable. As per the structure, he assessed that is very much based on social schemes, which, although providing an importance assistance, still has a short-term effect by temporarily increasing consumption, and will be more beneficiary to other countries’ economies rather than ours. Havolli stated that most of the package would have to focus on businesses, especially on local manufacturers.

Milaim Abdullahu from Santefarm, at the same time being a representative of the Kosovo Pharmaceutical Distributors Association, stated that as a result of the panic caused by the pandemic, the pharmaceutical sector has seen a significant increase in demand for several days, which was then followed by a drastic decline after consumers allocated sufficient reserves of medicines. He stated that governments should start treating businesses as stakeholders and expressed his despair over the unveiling of the Emergency Fiscal Package without any consultation with the private sector. According to him, the package constitutes an unequal treatment between the employees of the public and private sector, emphasizing that although pharmacists have been on the front line, they still have not been treated equally to health workers in terms of compensation. Among other things, Abdullahu added that since the duration of the emergency phase is undetermined, the Government should come up with a longer-term plan as the current package is not in proportion with the damages caused.

Sami Makolli from Rikon also highlighted that the measures deriving from this package have not been well clarified, while a more detailed analysis is needed so that it can be impactful to businesses. Although Makolli stated that any assistance is welcomed, he expressed skepticism regarding the implementation of the package, since information on application procedures is unknown. According to him, these measures are not resonating in terms of equality between the public and private sectors, and after this situation private businesses will be even less attractive to employees as they are the first ones who suffer unequal treatment. Furthermore, Makolli called on the Government to be more flexible in carrying out debt payments to contractors, as revenue circulation is key to any company at this time.