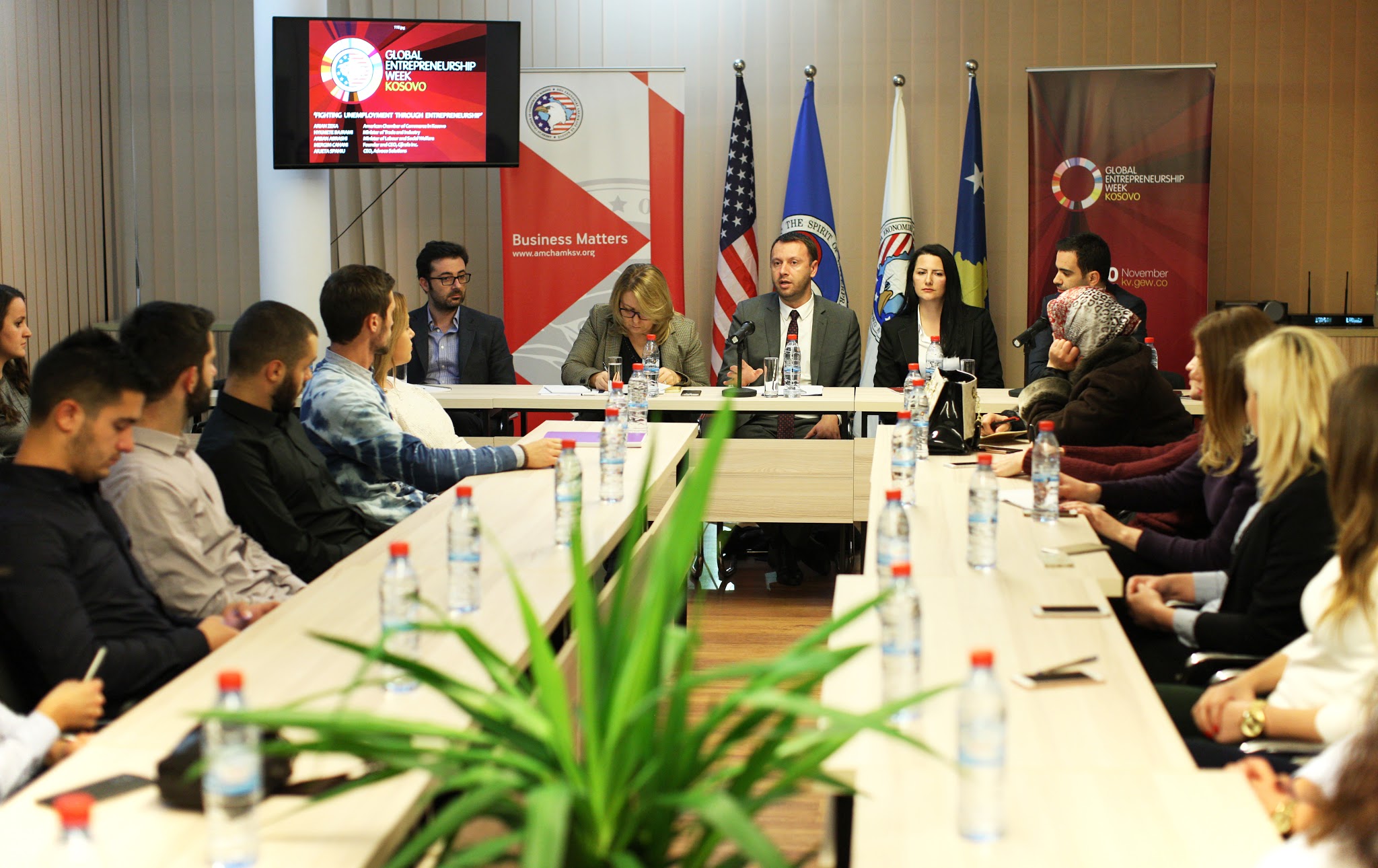 AmCham Executive Director Arian Zeka assessed that promoting and supporting entrepreneurship among youth is important for the fact that also according to the UNDP Human Development Report for 2016, youth unemployment is the highest in Europe. Zeka said that all institutions should engage towards providing favorable working conditions, in compliance with digital economy trends, given the country’s high level of unemployment.

Minister of Trade and Industry Hykmete Bajrami discussed the engagement of Kosovo Government to fight unemployment in Kosovo through empowerment of private sector and increased competitiveness of Kosovo’s enterprises, as the main generators of jobs, programs and projects for specific training based on different sectors’ demands, business internship, better labor market harmonization with education in Kosovo, subsidies for intensive and professional courses for students, credible certificates for new jobs, access to finance, etc.

Mërgim Cahani Founder and CEO of Gjirafa and President of Board of Governors of American Chamber of Commerce in Kosovo discussed on the impact of entrepreneurship on unemployment in Kosovo, thus emphasizing that entrepreneurship not only fights unemployment, bur also creates new jobs with positions that didn’t exist before, parallel to development of technology.

Arjeta Spahiu CEO of Advoco Solutions and Member of AmCham Board of Governors discussed on internal conflicts that a potential entrepreneur has when dealing with the decision to set up an enterprise, an issue which, according to her, happens due to personal standards as well as social-political circumstances.

Participants in the discussion, mainly youth, had the opportunity to discuss on issues, which they consider challenges and impediments to development of their entrepreneurial initiatives.