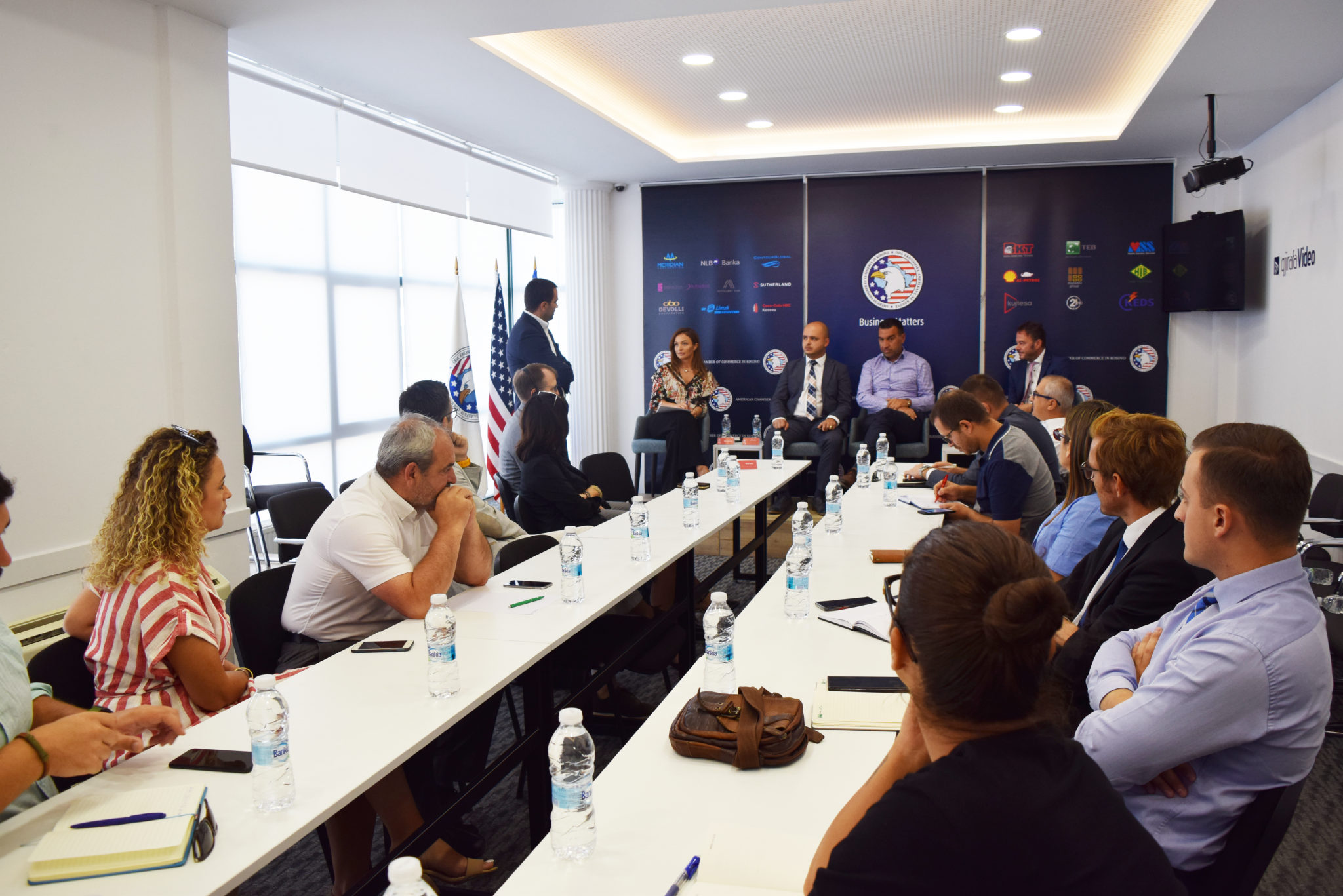 The proper implementation of the legal framework, professional and timely response from institutions when fair competition is harmed are essential for the development of a favorable business environment and also in attracting foreign investments, whereas the establishment of a special court in resolving commercial cases would help in contract enforcement and increased legal security. This were the conclusions of a roundtable organized by the American Chamber of Commerce in Kosovo in which businesses discussed recommendations for the new Government about rule of law in the country.

President of AmCham Board of Governors, Ilir Ibrahimi, said that rule of law is undoubtedly one of the main challenges that the private sector faces. He said that despite the efforts in reformation of the rule of law, including a  contribution from foreign organizations, more remains to be done.

Blinera Osmani, Expert of Legal and Regulatory Affairs at IPKO, spoke about the necessity of a proper interpretation of legal provisions which would treat public and private enterprises equally, referring to the provisions of the Law on Public Procurement. Furthermore, Osmani also raised the issue of the delays in handling cases on competition protection, emphasizing the necessity of having legal deadlines within which the relevant authority would resolve the cases and provide its opinion to particular claims.

On the other hand, Ardi Shita, Partner at Shita & Ibrahimaga law firm, emphasized the importance of having a commercial court, which he considered to be the most important reform in commercial justice. He expressed his hope that the establishment of the commercial court will remain a priority for the new government as well, knowing that this court will provide a special and efficient mechanism for resolving commercial cases, but also because of the increased number of judges that this court is expected to have.

Floran Pustina, Partner at TashkoPustina law firm, said that Kosovo’s legislation is approximated with the EU legislation, however the proper law implementation remains one of the biggest challenges for businesses, adding that the efficient state administration should also be in line with the modern legislation. He said that businesses, free professionals, business consultants, and chambers of commerce can help not only in drafting laws but also in their interpretation.

One of the topics discussed during this roundtable was also the necessity to avoid excessive administrative practices in business activities which increase bureaucracy and discourage foreign investors.