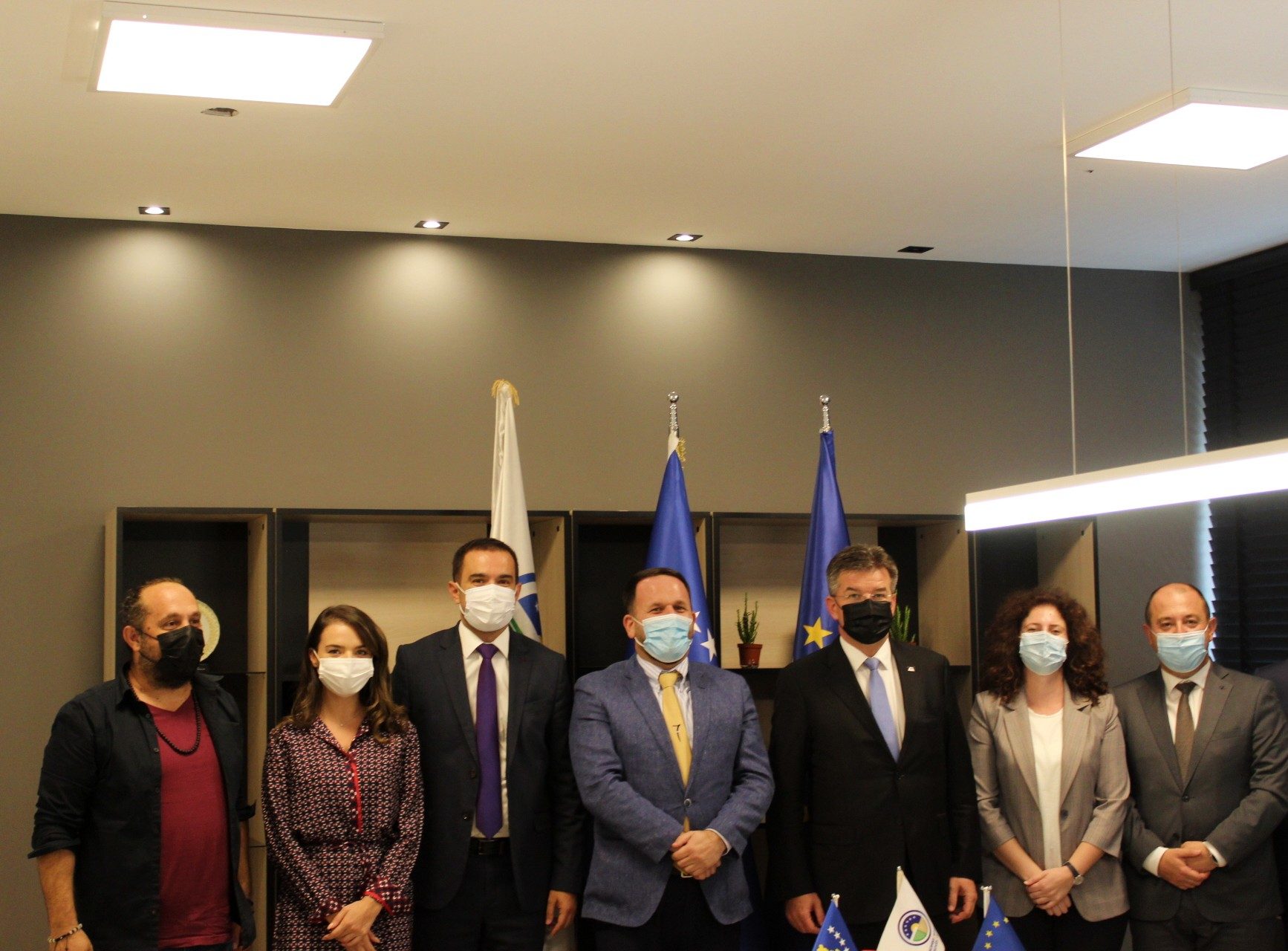 Pristina, September 16, 2021 – The business community is very important for political and public stability, businesses in Kosovo share the desire to move forward and away from the status quo. Regional economic cooperation can greatly improve the current economic situation in the country.  This was said during the meeting with the European Union Delegate for the Kosovo-Serbia dialogue, Miroslav Lajcak with Kosovo’s private sector representatives.

EU Special Representative for the Kosovo-Serbia Dialogue and other Western Balkan regional issues, Miroslav Lajcak stated that the Kosovo-Serbia dialogue has led to many benefits in terms of the economy and trade in Kosovo. According to Lajcak the dialogue has allowed Kosovo to exercise greater control over its borders, whilst also effectively collecting tariffs. In the first month of 2021 alone, there has been a 25% increase in revenues from trade in Kosovo, said Lajcak. Furthermore, Lajçak raised the case of Kosovo’s own dialing code which means we do not have to pay Slovenia to use their code as well as establishing our own energy control which enables Kosovo to collect transit fees.

The business community present, including the Executive Director of the American Chamber of Commerce in Kosovo, Arian Zeka, and Armend Malazogu from Cacttus, expressed their support for the dialogue moving forward to enable economic cooperation in the region. Free regional cooperation, as expressed by the participants, is one of the main ways to attract foreign direct investment. Kosovo faces many challenges ahead, one of them being barriers to trade. Moreover, the importance of free movement of people, services and goods was emphasized in the meeting.

Concern over Kosovo remaining isolated and not cooperating with the region was also stated in the meeting. Whilst the dialogue has generated many benefits, there were reservations conveyed by the participants that the dialogue can sometimes become a disguise for not addressing the real issues that Kosovo faces such as the less than willing Serbian representatives and the unfair treatment of Kosovo by the European Union.

Lajcak expressed his readiness to address all the concerns voiced during the meeting. He explained that a pragmatic approach to adequately address the concerns is through the dialogue thus stressing the significance of the support from the business community for the dialogue.