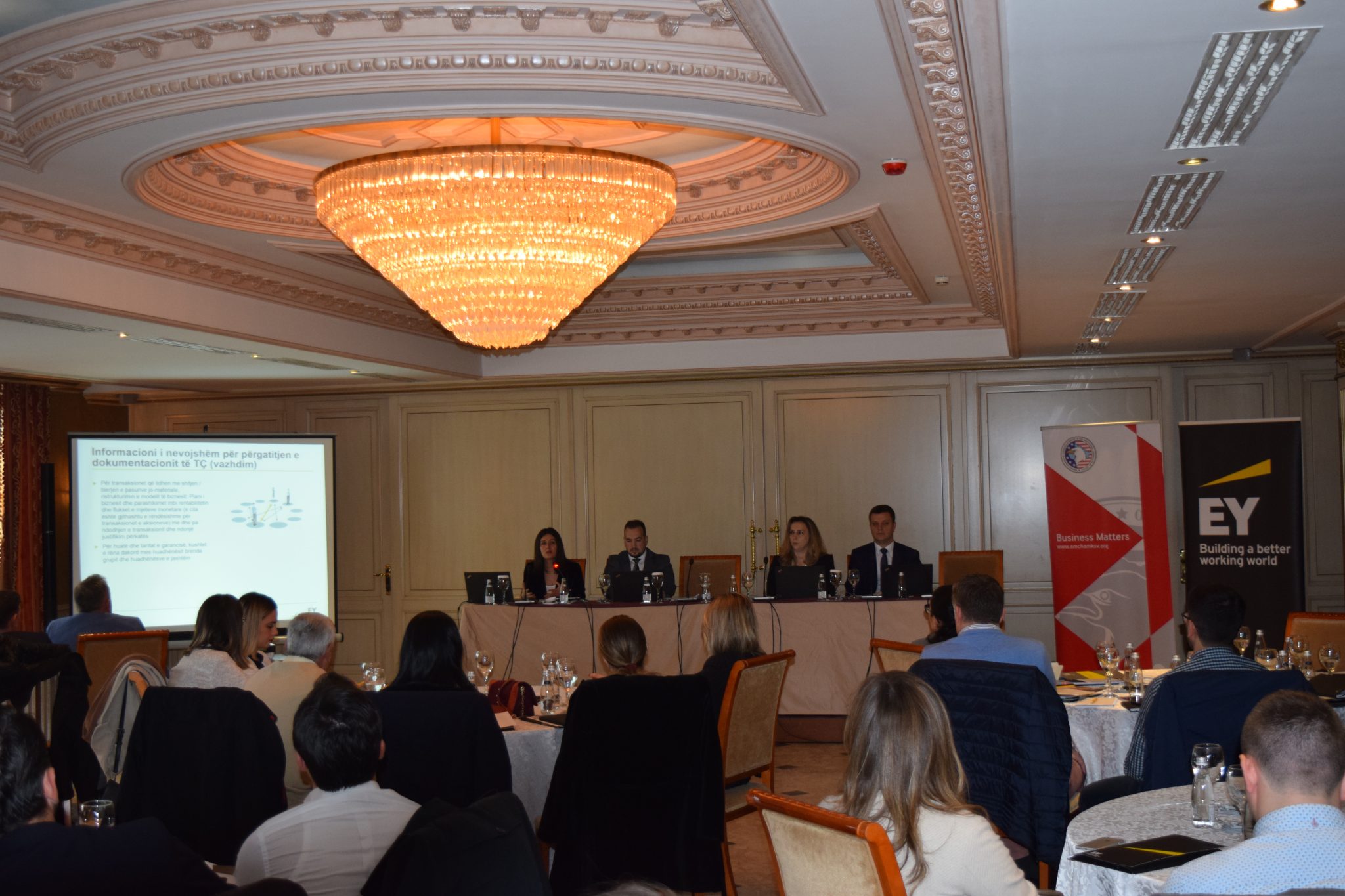 Prishtinë, 8 November 2017 – Transfer Pricing which is referred as the essence of transactions between multinational companies, whose aim is transferring profits from one country to another, have made possible for all member states of the Organization of Economic Cooperation and Development (OECD) and those who soon aim to be members to see the training from the fiscal side of these transactions directly. The signing of this instruction on transfer pricing which was signed on July 2017 has been undertaken as a step from the Ministry of Finance in Kosovo which will impact modern and easier transfer pricing regulations since it is in accordance with OECD’s instructions.
In this case, Ernest Young company in cooperation with the American Chamber of Commerce in Kosovo have organized the workshop “EY Transfer Pricing & IFRS Update Workshop” where participants from many companies which function in Kosovo had the chance to see directly the changes which this instruction will bring. Lecturers were also from EY’s representatives from Albania who brought their own examples considering that the similarities with those in Kosovo are identical. The lecturers emphasized that over 100 countries apply for transfer pricing trends and now, fortunately, Kosovo is part of them as well. During the discussion was also implied of the impact of this instruction on the implementation of legal requests, time frames, technical aspect of implementing the instruction, etc.