Fighting corruption should be of primary importance to state institutions 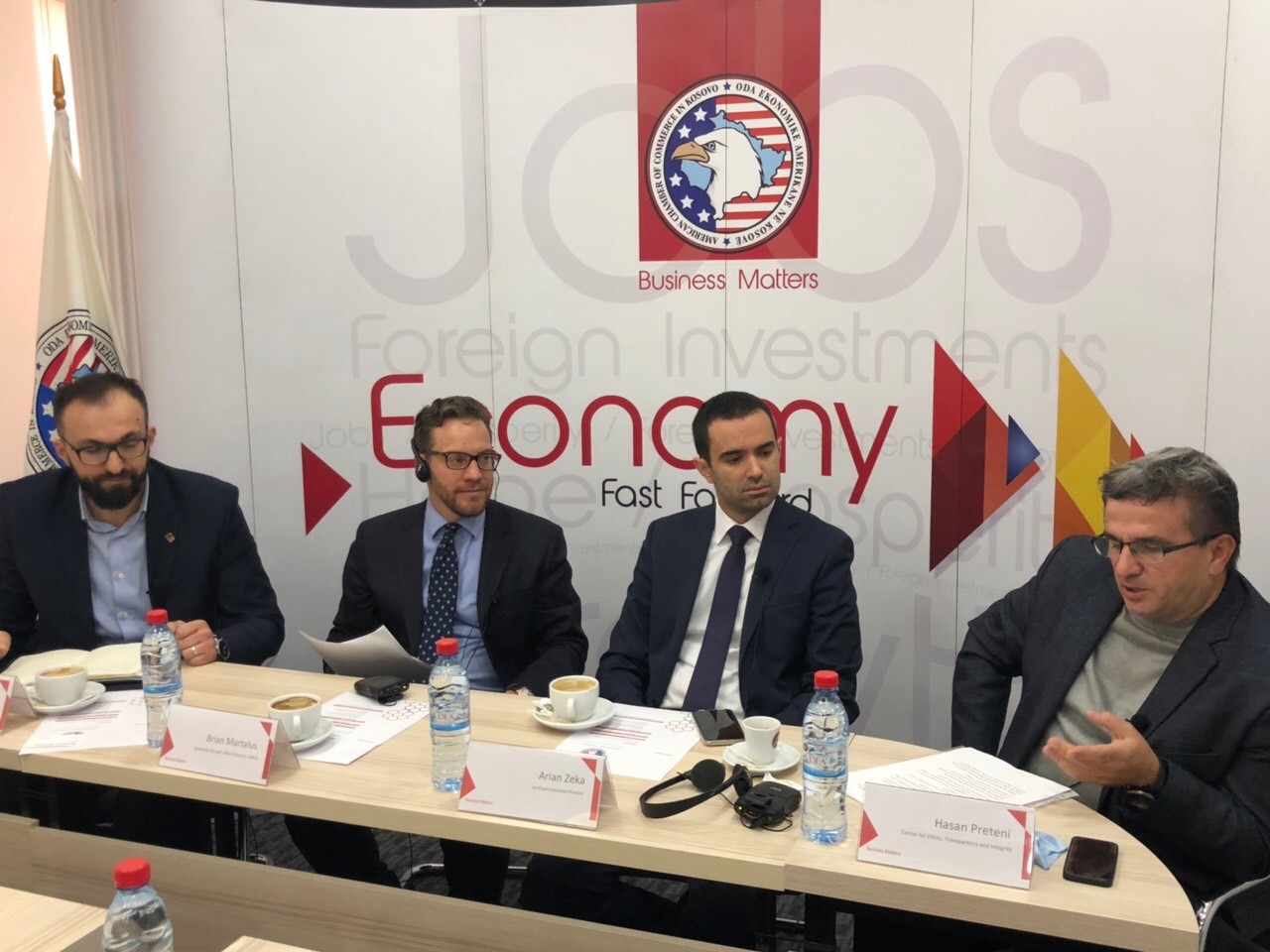 Fighting corruption should be of primary importance to state institutions

Prishtinë, December 18, 2018 – Corruption remains the mainbarrier to the development of business activities of enterprises in Kosovo butalso in everyday life of citizens. This was said today during the roundtableorganized by the American Chamber of Commerce in Kosovo on the importance offighting corruption in the country.

Arian Zeka, AmCham Executive Director, said that corruptionshould be fought in order to achieve a genuine economy development and tocreate a positive image of Kosovo. He mentioned that during a study conductedby AmCham on the perception of corruption, 75% of businesses see corruption assystematic, adding that the main factors of the increasing levels of corruptionare the weak rule of law and lack of proper court function.

Brian Martalus, Economic Growth Office Director, USAID, said that regulations and laws should be implemented in order to fight corruption. He further added that Kosovo has a big potential to fight this phenomenon, saying that should be done more in this regard.