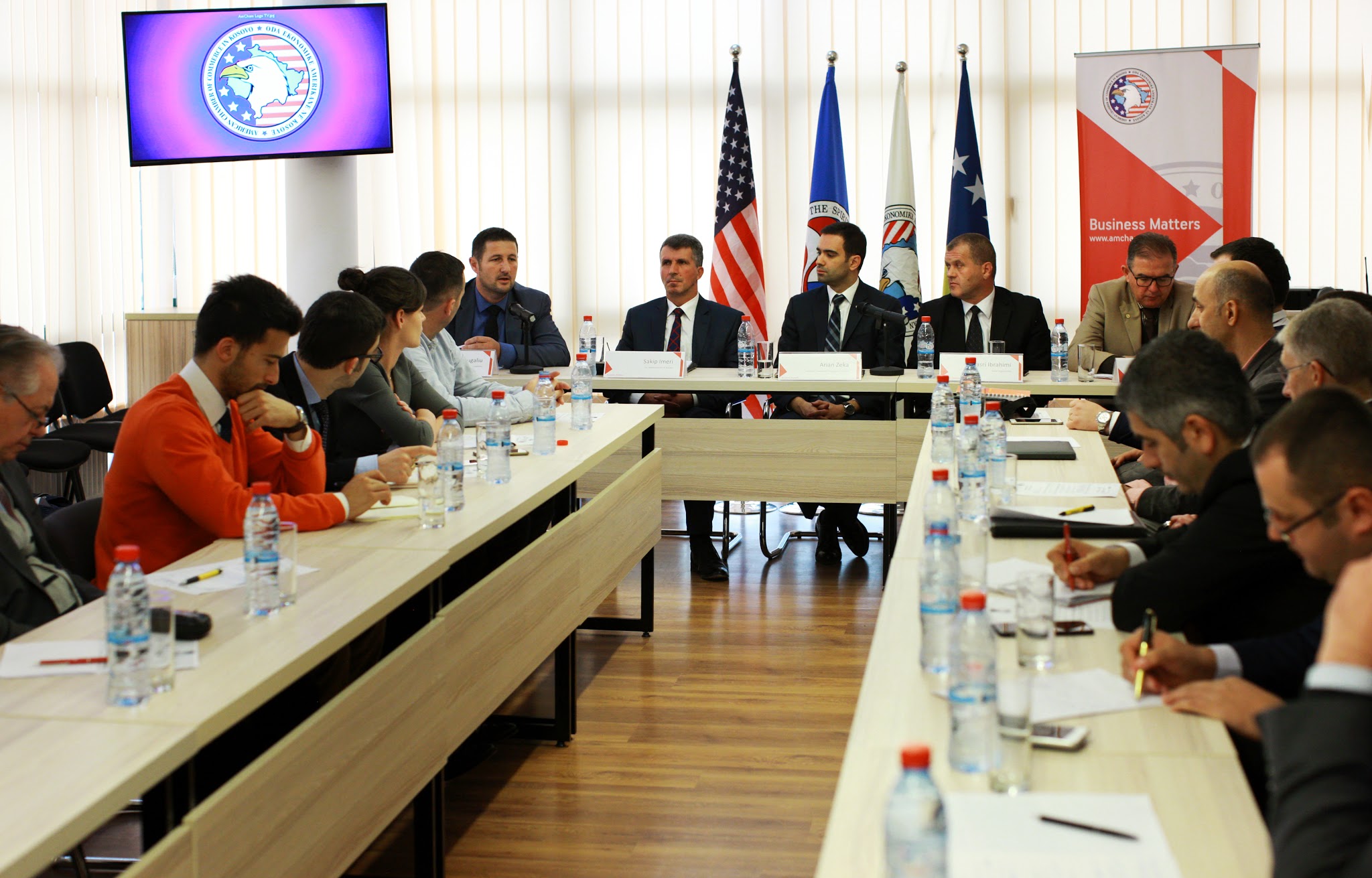 Prishtina, November 24, 2016 – In an effort to discuss the potentials in fighting informal economy, American Chamber of Commerce in Kosovo organized a roundtable with state institution representatives, to which informal economy has a crucial impact.

AmCham Executive Director, Arian Zeka considered that informal economy is an issue that preoccupies mostly the business community in Kosovo. Zeka emphasized that the country faces with continuous issues due to informal economy, on a daily basis, adding that the informal economy rate needs to be reduced, in order for country’s companies to be equally and fairly set to the business environment and competition.

Chair of AmCham Trade and Customs Committee, Avni Krasniqi identified the finalization of the fiscal package as a crucial step that respective institutions need to undertake, with the purpose of fighting further informal economy, adding that such a process needs to be completed soon, in order for issues Kosovo businesses deal with to be reduced.

Sakip Imeri, General Director of Tax Administration of Kosovo(TAK), praised AmCham for raising important issues for businesses, issues TAK continuously faces, as well as noted that the rate of informal economy in Kosovo is concerning, because not only does it damage fiscal and citizens’ interests, but also it creates unfair rules towards Kosovo businesses. Imeri pointed out that TAK on latest of December of this year will complete the fiscal package for petroleum businesses, within the process of improving communication with all taxpayers, a communication that according to him, has resulted effective in increase of revenues, but also in a healthier communication with the purpose of fighting informal economy.

Labor Chief Inspector Basri Ibrahimi said that the issue of employment agreements is the most important issue that concerns this institution and significantly impacts informality. Ibrahimi added that fighting the issue of employment agreements would notably impact the scale of informal economy, in terms of avoiding state obligations or other obligations towards employees.

Agron Llugaliu, Deputy Director for Investigations – Member of the National Strategy for the Prevention of, and Fight Against Informal Economy said that informal economy remains an objective, in addition to collection of taxes from Kosovo Customs, which continuously places specific attention to providing opportunities for businesses to operate conform laws. According to Llugaliu, Customs consider crucial fight against corruption, but also communication with businesses, to create effective fiscal policies and operational plans, which ensure more cooperation with businesses and less informal economy.