Fighting informality, a priority for the years to come 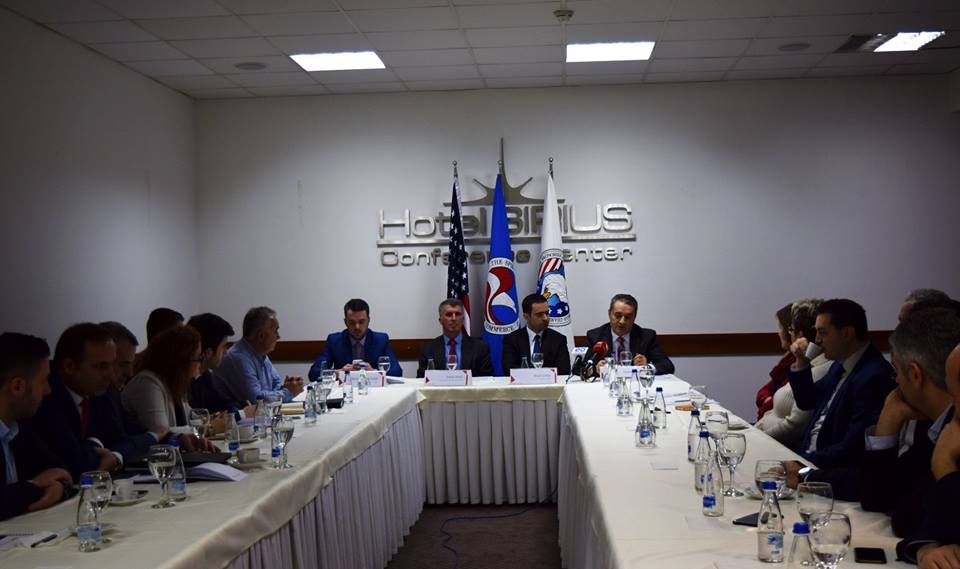 Fighting informality, a priority for the years to come

Prishtinë, February 9, 2018 – The high scale of informality remains one of the main concerns in Kosovo’s business environment even ten years after its independence despite the numerous attempts and the improvement in addressing this problem. This was said today in the roundtable organized by the American Chamber of Commerce in Kosovo titled “Fighting informality: Steps so far and the road ahead” where were mainly discussed the challenges in Kosovo in this field during its first decade of independence and also the recommendations in actions to be undertaken in the future, helping in decreasing the scale of informality.

Arian Zeka, AmCham Executive Director, mentioned that besides its direct impact in collecting revenues for the country’s budget, informality highly increases the unfair competitiveness in the market, the most damaged being serious companies that are regular taxpayers. He stressed the fact that despite improvements made in the tax legislation after the independence, the high informality percentage remains concerning and is the best indicator in showing that the institutions should increase the human capacities and also attempt in fighting this phenomenon and create fair competitiveness between operators. He said that increasing the capacities for managing and collecting revenues within the border is necessary, before Value Added Tax can be collected within the country as opposed to the border crossing points, a reform which has already been announced by the Ministry of Finance. He added that businesses themselves should contribute more by reporting the informal economy since they directly benefit from this.

Sakip Imeri, Director of the Tax Administration of Kosovo, explained the institution’s efforts in fighting informality. Imeri mentioned that there have been many changes in the legislation since the independence, and also reforms in the administration aiming in the furtherance of electronic systems in announcements and tax payments. Further on, Imeri explained that, based on the recent studies, the scale of informality in Kosovo is 31.7% of the Gross Domestic Product, close to the regional countries’ percentage. He added that despite the institution’s capacity increase and the good institutional cooperation in fighting this phenomenon, they should work in educating businesses and consumers on the benefits of the formal economy.

Hysen Lajqi, representative of HiB Petrol and member of the AmCham Board of Governors, requested in giving importance to the oil sector in the country thus fulfilling the fiscalization process fairly for all the operators without further delay. He also said that the fiscalization process completion would enable institutions to have more control in the oil quality in the market. He added that besides the fiscal machines installment, consumers should be encouraged to require the fiscal receipt when they are not given from the businesses.

Further on, businesses that were present had the chance to share their personal experiences in this topic, agreeing that relevant institutions should increase their attempts in fighting informal economy as a phenomenon with a high number of negative effects.