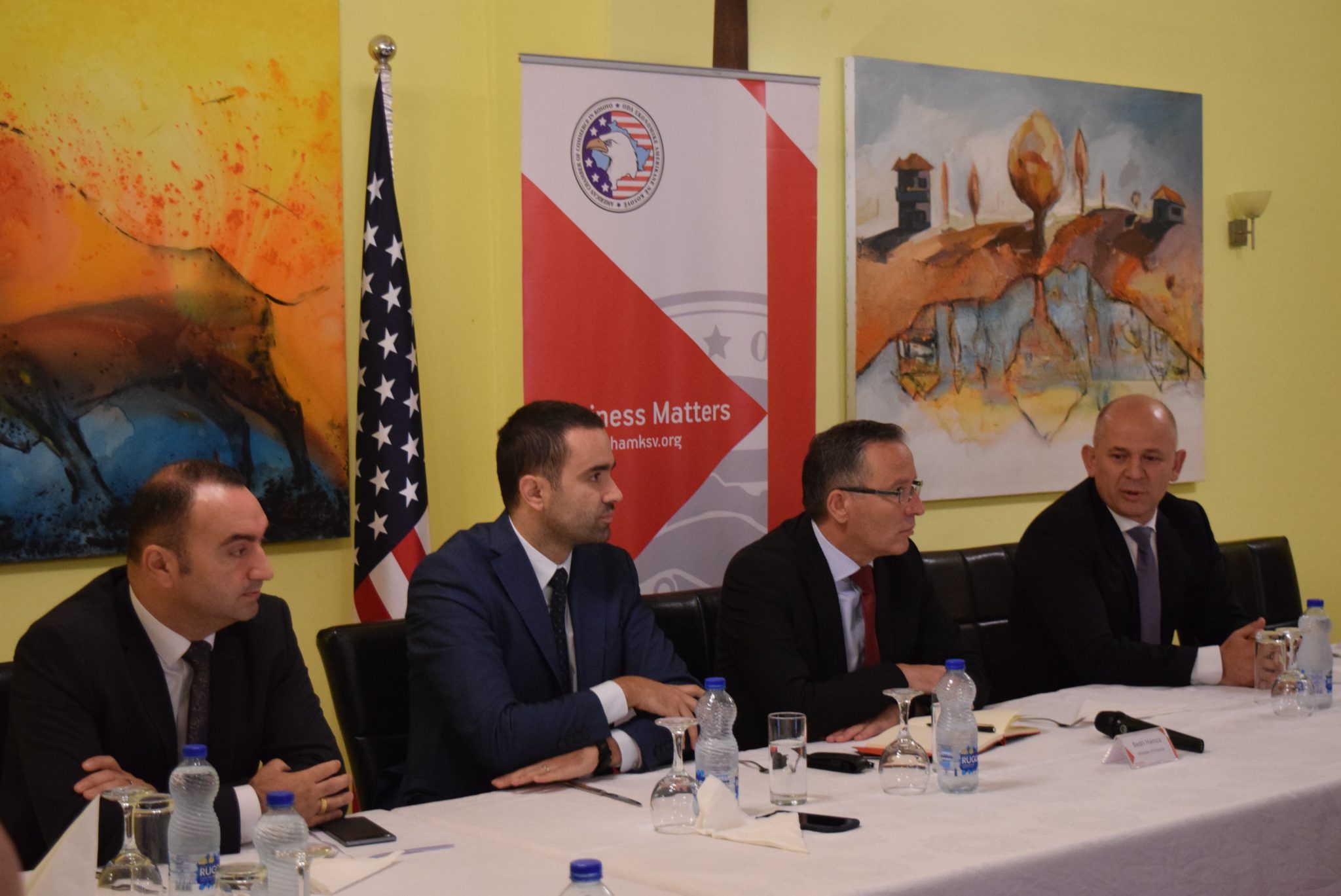 Prishtinë, June 18, 2018 – In order to further facilitate doing business and to strengthen the private sector in Kosovo, the functioning of the trade economy and reforms in fiscal policies of the country are necessary. This was said during the meeting held with the Minister of Finance, Bedri Hamza, and CEOs of member companies of the American Chamber of Commerce in Kosovo.

Hakif Gashi, AmCham Board of Governors Vice-President, said that creating a good business environment results in job growth and economic development in the country. He mentioned creating genuine fiscal policies as primary in attracting foreign investors in Kosovo, and also enabling Kosovar companies in emerging in the wider market in the region.

Bedri Hamza, Minister of Finance, explained that risking the macro fiscal stability in Kosovo could bring problems in both, the public and the private sector. He said that the aim of the Ministry of Finance remains in supporting the private sector in facilitating the process of exporting products in the regional market, adding that this was the aim of the fiscal measures applied by the Ministry of Finance on customs exemptions and shortening customs procedures. Hamza said that MF is working on changing the tax legislation in accordance with the EU directives.

Businesses present in the meeting praised Minister Hamza for the decisions made in the Ministry he leads in fiscal facilitations which have significantly helped in empowering them and also clarifying the tax legislation and its proper application.