Franchise representatives in Kosovo encourage the development of this business model 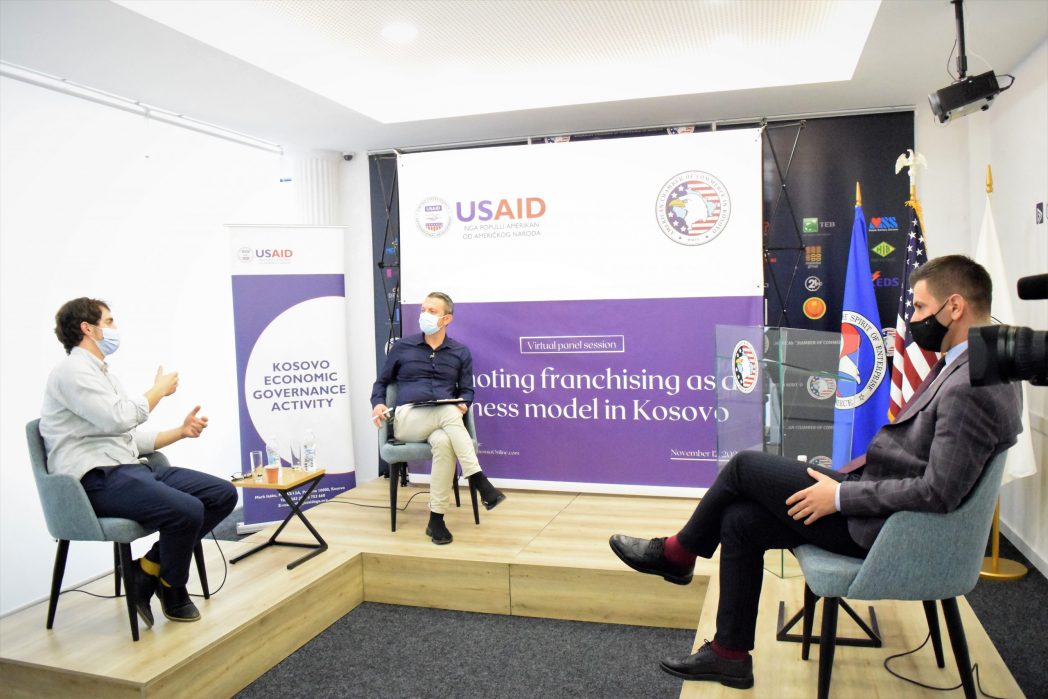 Franchise representatives in Kosovo encourage the development of this business model

Prishtina, November 13, 2020 – The American Chamber of Commerce in Kosovo, supported by the USAID/Kosovo Economic Governance Activity, organized a virtual forum to promote franchising as a business model in Kosovo, during which, together with a panel of representatives of franchisors and franchisees of globally recognized companies, the advantages that such a business model creates for the economic development as well as the promotion of investments in the country were underlined.

AmCham’s Executive Director, Arian Zeka, spoke about the importance of developing franchising, where he mentioned that Kosovo, despite the positive developments in recent years, is still characterized by difficulties regarding access to finance and therefore growth and expansion of companies as well. Zeka also mentioned capital as an important franchising advantage, while saying that in financing circumstances based mainly on collateral, this model helps in achieving goals by enabling the growth of new business points, without the need for increased exposure to credit, but also in maintaining a minimalist business risk.

Ardian Hoxha, franchisor of SushiCo and franchisee of Green and Protein, as well as moderator of the forum, highlighted the visible effects that franchising has on the country’s economy, including job creation, economic modernization, and entrepreneurship development. Speaking from both sides, that of the franchisor, and also of the franchisee, Hoxha stated that he encourages the development of this business model in Kosovo, as it is very educational for businesses, and has chain effects in improving the supply chain and improving business processes, as well as increasing the quality of products and services.

Shkumbin Muçolli, General Manager at Burger King stressed that franchises are a good choice for investors, as businesses that use this model are well established and functional in different parts of the world. According to Muçolli, one of the main advantages deriving from franchises is the structuring and organization of staff within the country’s companies. Furthermore, Muçolli offered some advice to entrepreneurs interested in becoming franchisors, where he emphasized that they should study the market thoroughly, as well as work towards ensuring that they meet the standards required by franchisors.

Erëmal Bajrami, General Manager at KFC Kosova while referring to the concept of franchising and the history of the corporate he represents, stated that this business model enables corporations to develop on a global scale, and also paves the way for investments in franchised businesses. According to Bajrami, franchising, whether directly or indirectly, can bring many benefits to Kosovo’s economy, whereas a larger presence of businesses of this model can incentivize the increase of the quality of products produced in the country, as well as the development of the workforce.