Global Entrepreneurship Kick off, AmCham will be organizing 23 activities throughout the week 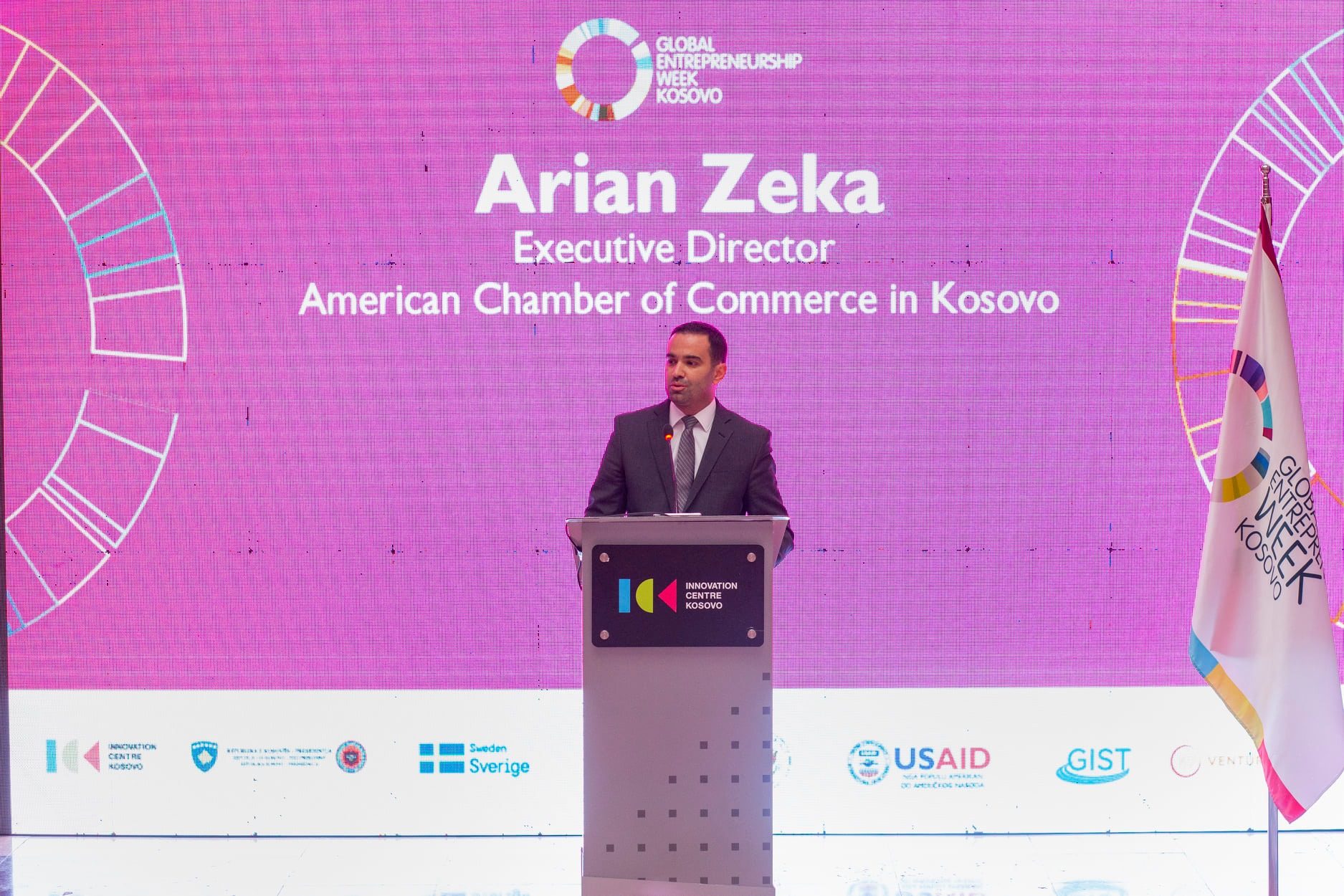 Global Entrepreneurship Kick off, AmCham will be organizing 23 activities throughout the week

Prishtina, November 8, 2021– The official opening ceremony of the Global Entrepreneurship Week was marked in Kosovo starting from November 8 that has been held at the National Library of Kosovo.

The ceremony  began with a video message from the President of the Republic of Kosovo, Dr. Vjosa Osmani, whereas to discuss about the significance and empowerment of entrepreneurship in the country, in this ceremony keynote speeches were delivered also by the Acting U.S Ambassador to Kosovo, Nicholas J. Giacobbe, The Executive Director of the American Chamber in Kosovo, Arian Zeka, Acting Ambassador of Sweden, Nasrin Pourghazian, Chief of EBRD Office in Kosovo, Neil Taylor, and Uranik Begu, Executive Director of ICK.

Arian Zeka, The Executive Director of the American Chamber of Commerce in Kosovo emphasized that AmCham is a ‘champion’ in the organizations of the activities during the Global Entrepreneurship Week. Furthermore, he mentioned that 23 activities are expected to be organized, hence, including various topics related to business and entrepreneurship.