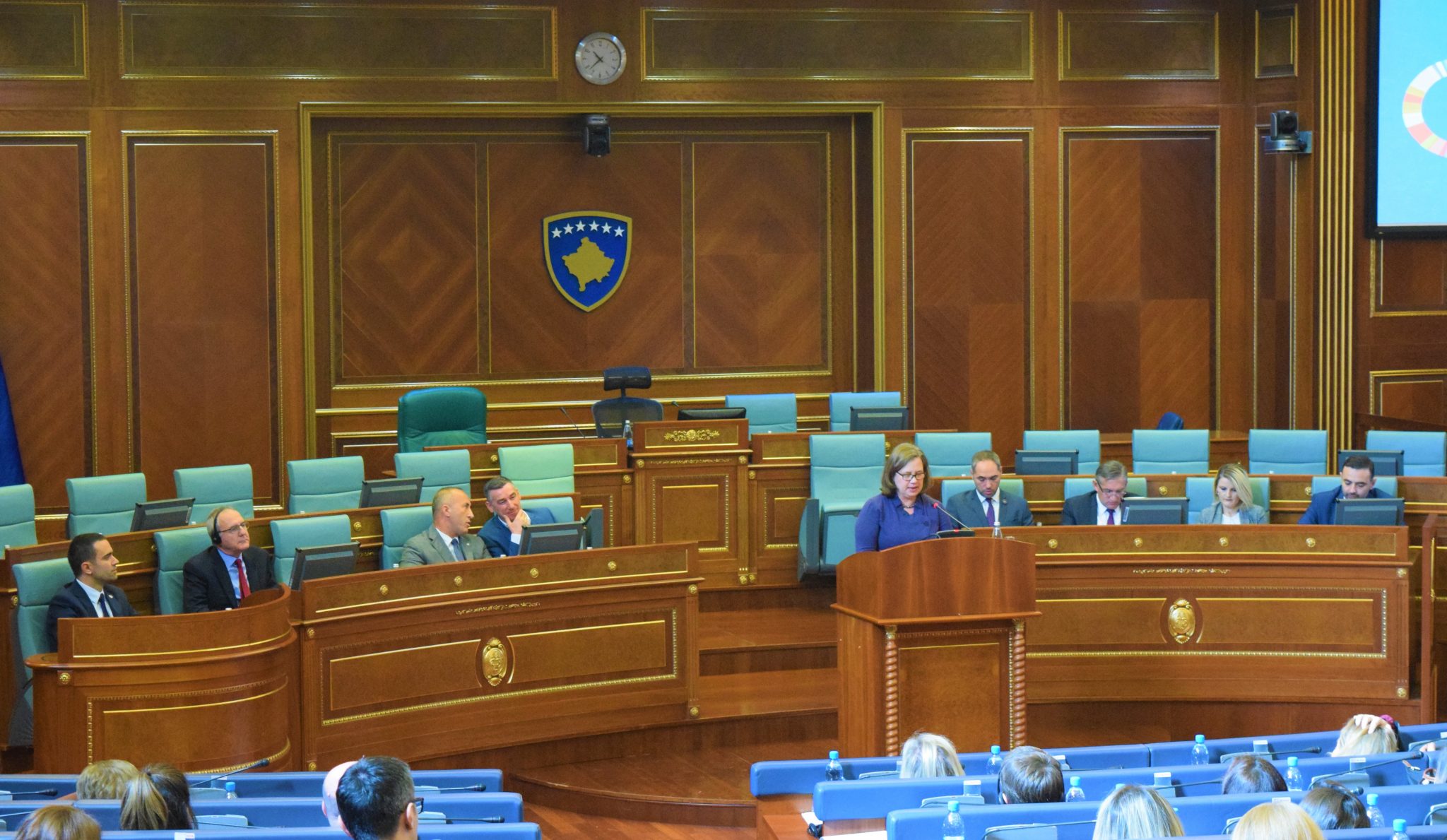 Prishtinë, November 12, 2018 – Under the leadership of Innovation Center Kosovo (ICK), in cooperation with the American Chamber of Commerce in Kosovo, the Global Entrepreneurship Week in Kosovo began at the Assembly of the Republic of Kosovo. During this week, around 170 countries worldwide organize various events in increasing awareness on the role of entrepreneurship and innovation.

Director of Innovation Centre Kosovo (ICK), Uranik Begu, said that the role of entrepreneurship and innovation in Kosovo is a crucial factor in economic development of the country. Begu said that supporting innovators and young entrepreneurs should be one of the main objectives of the country since they generate new jobs and present Kosovo globally as a role model of entrepreneurship development. “This is the last chance for us to unite forces on encouraging our youth to move forward in this direction,” added Begu. He informed the participants that during this week 60 events will be organized in Kosovo, partners of which are over 55 organizations and businesses of various sectors in Kosovo.

President of the Parliament, Kadri Veseli, congratulated the beginning of the Week as one of the main activities of the year, saying that knowledge, innovation, and entrepreneurship are the primary factors for Kosovo youth to develop their business ideas. Veseli said that the drafting process of policies and legislations at the Parliament aims on facilitating doing business in our country, which results in higher foreign investments in the country. He added that the Parliament will support such initiatives in the future, mentioning the establishment of the Ministry of Innovation and Entrepreneurship as one of the main initiatives in assisting businesses and new enterprises in Kosovo.

Prime Minister of Kosovo, Ramush Haradinaj, said that the legislation of doing business in Kosovo is advanced. He said that despite the recent developments in the legislation, businesses face numerous challenges including unstable energy supply, bureaucratic barriers, corruption, and lack of right competition. Haradinaj said that the Government of Kosovo will further support entrepreneurs, mentioning the trade incentives for businesses recently made such as tax exemption in raw materials and support through municipalities.

Charge d’Affaires, U.S. Embassy, Colleen Hyland, said that Global Entrepreneurship Week is a great opportunity in increasing awareness in the role of entrepreneurship in the Kosovar society. She said that one should have courage to turn an idea in a successful business which later on directly contributes to new jobs and economic growth in the country. Hyland called upon policymakers to be more attentive on empowering the growing number of women entrepreneurs.

AmCham Executive Director, Arian Zeka, said that the Parliament of Kosovo is the best place to launch the Global Entrepreneurship Week since it is here where laws are formed that affect our lives, and development efforts arise. He added that entrepreneurship should be a unique all-inclusive opportunity to the Kosovar society in business and in labor market, specifically for women and girls, people with disabilities, youth, those who are committed in being beneficial for themselves and the others, those who have creative ideas but do not have finances in making their dreams come true, for which all-inclusive efforts should be made.

Whereas Riccardo Serri, Deputy Head of Mission, EU Office, said that youth is the future of Kosovo, therefore we should focus on educating and supporting them. He added that, even though a set of criteria should be met in order to create a business, with law implementation and rule of law Kosovo youth could have tremendous success in entrepreneurship.