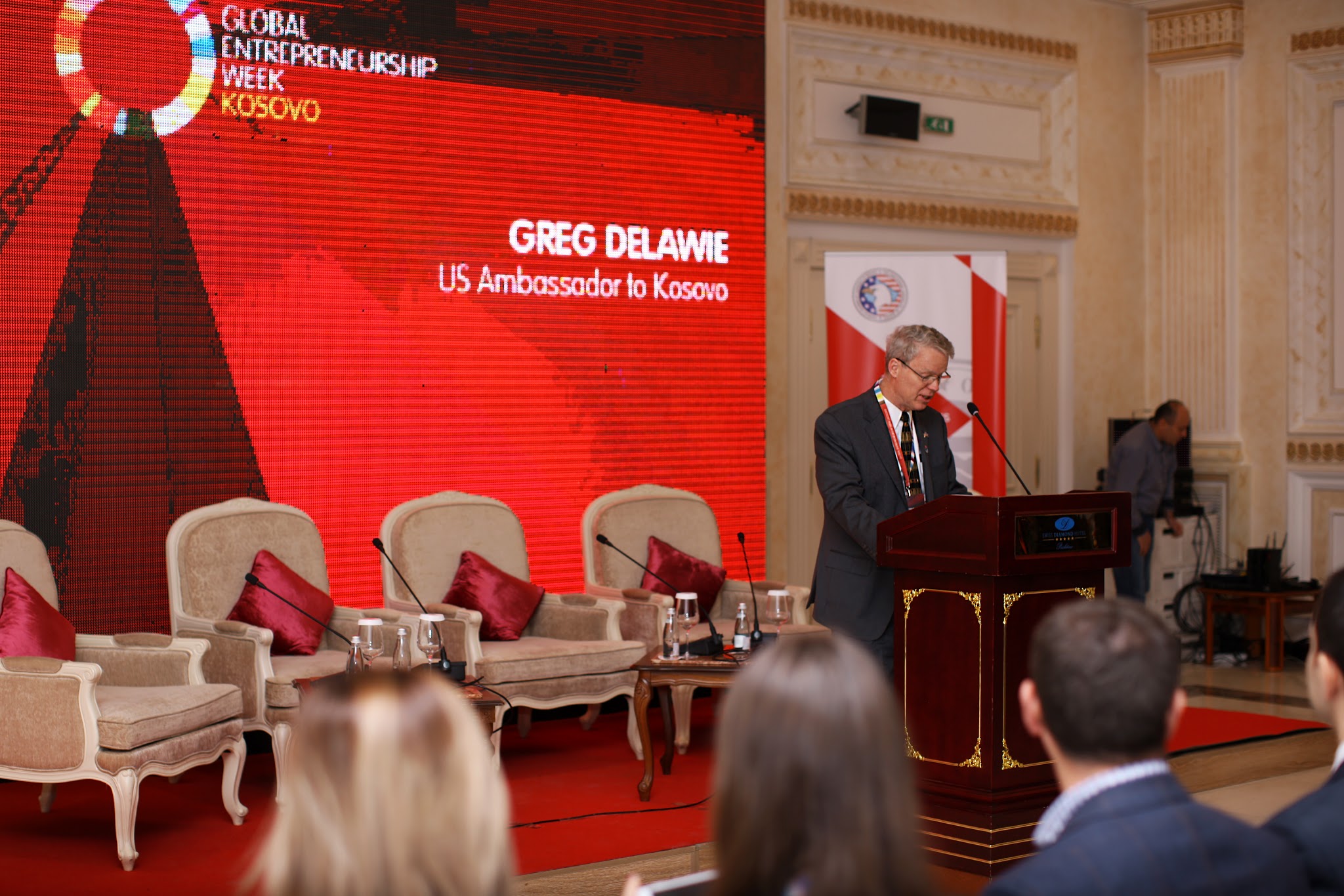 Uranik Begu Executive Director of Innovation Center in Kosovo said that it is a pleasure having government representatives and international partners to be informed about entrepreneurial ecosystem gaps and how to improve doing business conditions in Kosovo.

Begu emphasized that young entrepreneurs deal with challenges in terms of developing their ideas and remaining in the market. According to him, of special focus should be engagement of women in business and of the most sensitive part of the society, the youth of Kosovo, whose unemployment rate remains high. Begu added that the most positive and optimistic sign is that the youth of Kosovo are willing to develop their own businesses and create new jobs, a model which is necessary for economic development and for Kosovo, in general.

Arian Zeka, AmCham Executive Director said that partnership with organizations in exceptional, which through activities promote values in our society, that would be stimulatory for entrepreneurship development in Kosovo. Zeka highlighted that everyone, including the media, have the responsibility of promoting success stories of young entrepreneurs so that those who have the dilemma whether entrepreneurship is the right path to be chosen, to be able to decide easier.

Zeka called on education institutions to develop and promote specific entrepreneurship trainings, necessary in the economy fast- forward era, considering that according to the human development report of UNDP for 2016, youth unemployment, particularly of women, is the highest in Europe. He added that there is still work for state institutions to do in terms of fiscal policies, which would stimulate entrepreneurship. This event, according to Zeka, should serve as a platform not only for discussion, but also for pledges on specific actions to be undertaken for a completely functional entrepreneurship as well as for the development of supportive products for new enterprises from financial institutions.

H.E Gregory Delawie stated that Kosovo Entrepreneurial Ecosystem Forum is an event in a great time for Kosovo, after its positive ranking in the World Bank Doing Business Report, particularly in the indicator of starting a business. Delawie pointed out that innovative companies in Kosovo are the definition of resourcefulness and work ethic. However, according to him, resourcefulness in not enough; it takes a special courage to take the risk and start a business, because those businesses are going to be someone’s new job.

Ambassador Delawie encouraged all to continue promote and protect the private sector, as well as fight corruption. Kosovo needs entrepreneurs who create the best business environment. This, according to Delawie, is the best way to achieve sustainable economic growth and create jobs.

Delawie emphasized that since its independence, Kosovo has made progress in establishing free market democracy and improving the fiscal package to spur economic development and attract more investments. He stated that entrepreneurship is an expression of optimism, and encouraged all to build their companies, thus adding that such efforts will continue to be supported every single day.

Deputy Prime Minister of Republic of Kosovo, Ramiz Kelmendi pointed out that global entrepreneurship week is a good opportunity, particularly for the youth, who want to perform their entrepreneurial ideas. He added that government will be engaged in finding the appropriate reforms to stimulate such innovative ideas and will continue to undertake the necessary measures in this regard.

Furthermore, Kelmendi said that the government is still working towards reforming the fiscal package, which will further support investors and young entrepreneurs. Doing business indicators are additional stimulants in the creation of a climate for new investors, who will be part of business environment improvements.

The second part of the event was a panel discussion on education system with Minister of Education Science and Technology, Arsim Bajrami, Sharon Shart President of RIT Kosovo, Driton Dalipi Managing Partner at MDA and Driton Hapçiu Managing Partner at Cacttus.