Government aims to strengthen the development of entrepreneurship in the country 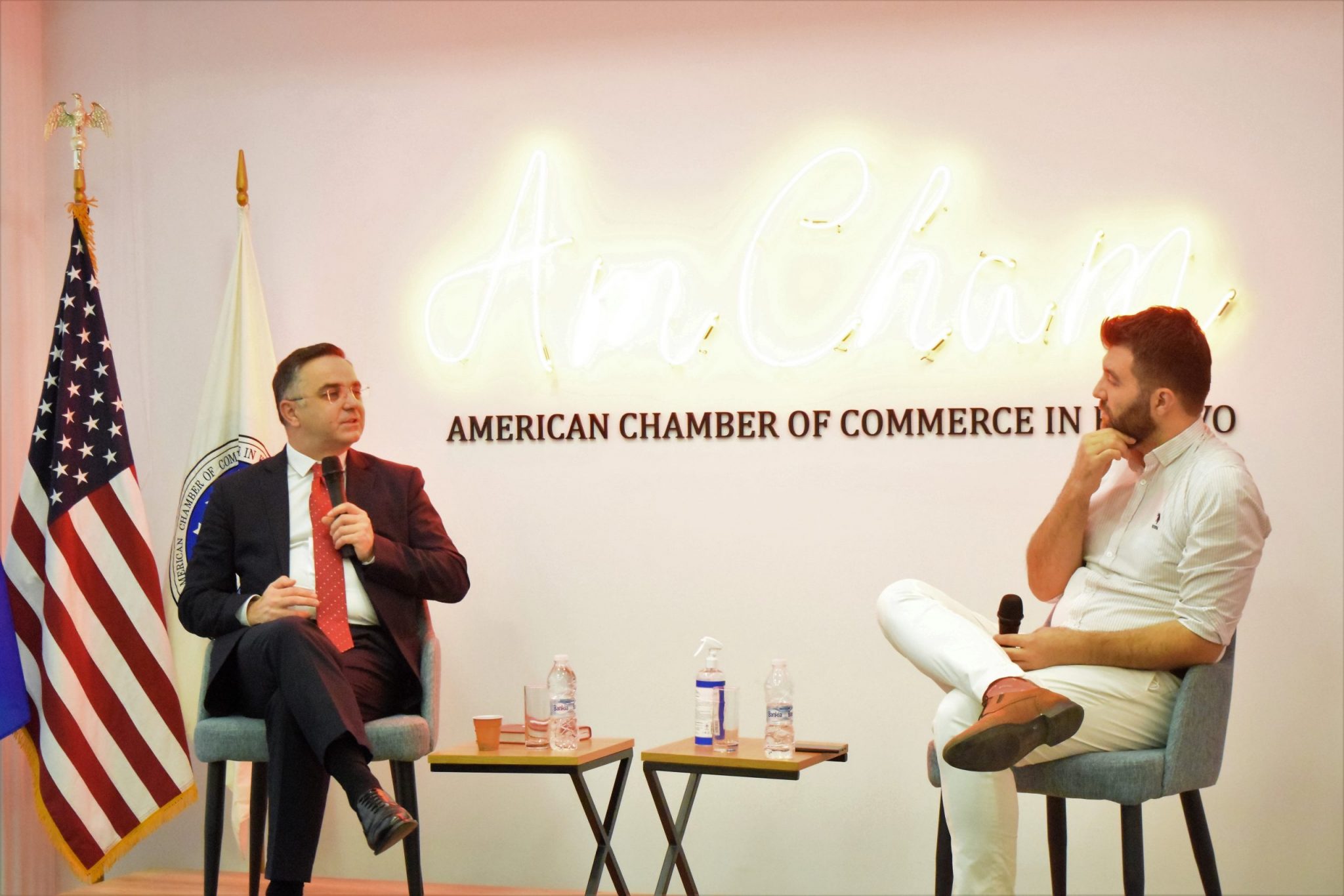 Government aims to strengthen the development of entrepreneurship in the country

Prishtina, November 20, 2020 – Continuing with the activities of the Global Entrepreneurship Week, the American Chamber of Commerce in Kosovo in cooperation with Innovation Centre Kosovo (ICK) organized a virtual forum on shaping state policies to promote entrepreneurship in Kosovo, with the Deputy Prime Minister of the Republic of Kosovo, Besnik Tahiri.

Focusing on the inclusion of entrepreneurship within the Ministry of Economy and Environment, Deputy Prime Minister Tahiri stressed that within the budget planned for next year, special emphasis will be given to the promotion and strengthening of entrepreneurship, by creating facilities for the implementation of innovative ideas.

“The government, having this axis, or this important pillar of the country’s economy within the Ministry of Economy and Environment has a certain plan, but on the other hand with the Law on Economic Recovery there are some policies that will support, stimulate and subsidize innovative ideas for entrepreneurship in Kosovo,” said Deputy Prime Minister Tahiri.

Further on, referring to the changes implemented in order to adapt to the COVID-19 pandemic, the Deputy Prime Minister spoke about the Law on Electronic Signatures, which enables the performance of a wide range of services without the need for physical presence, which he described as a relief for citizens, which can also stimulate innovation, job creation and economic development. Further, Tahiri stated that within the Government of Kosovo, there is a Program for Reducing the Administrative Burden that will operate for a period of eight years, with the aim to immediately intervene to reduce, or fully eradicate administrative barriers that hinder the development of the private sector.

Global Entrepreneurship Week in Kosovo is organized under the leadership of Innovation Center Kosovo (ICK).