Government should provide proper response to the heavy industry losses 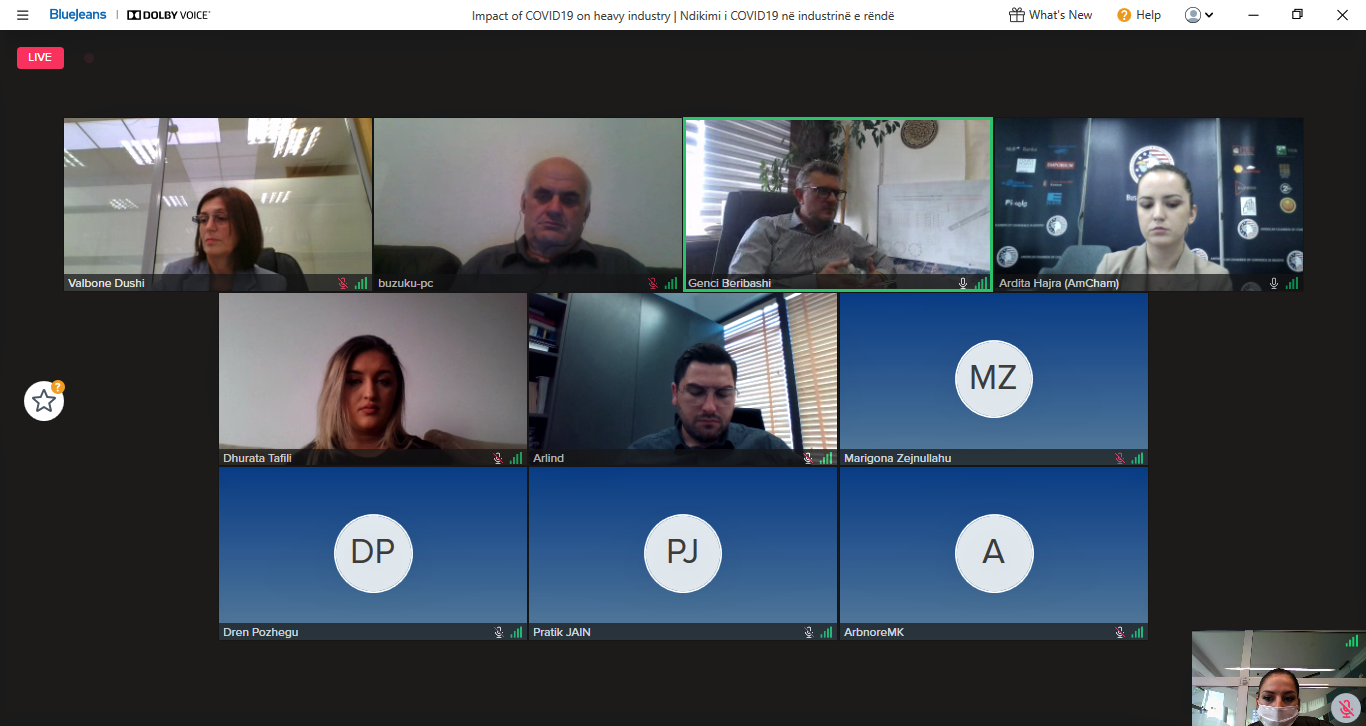 Government should provide proper response to the heavy industry losses

Prishtina, October 2, 2020 – The impact of the COVID-19 pandemic in Kosovo’s economy continues to create unprecedented challenges especially to industries dependent on jobs that cannot be done remotely as is the case with the heavy industry, while these enterprises need great support from the Government. This, among other things was said during a virtual forum organized by the American Chamber of Commerce in Kosovo on the impact of the pandemic on the heavy industry.

Genci Beribashi, Project Coordinator at NewCo Ferronikeli emphasized that during the pandemic, the survival of enterprises in the heavy industry such as metallurgy and the mining sector does not only depend on the measures undertaken by the Government of Kosovo but also on international markets as well as they have a direct impact on benefits from exports. He emphasized the fact the Ferronikeli’s activities bring added value to Kosovo’s economy, taking into account that this enterprise amounts 40% of Kosovo’s exports. According to him, due to the interruption of Ferronikeli’s activities, Kosovo has lost 8 to 9 million euros per month, adding that the concrete measures the Government can undertake to support enterprises of this sector include decrease of mining royalties, decrease of electricity fees as well as guaranteeing of soft loans.

Referring to reports drafted by her ministry, Valbone Dushi, Head of the Industry Department of the Ministry of Trade and Industry, emphasized that during the COVID-19 pandemic, there was an increasing participation of the manufacturing industry in the Gross Domestic Product, adding that the decline of imports to Kosovo is a positive aspect as well. According to her, some of the issues this industry has faced during this time have been the reduction of capital and foreign investments. Dushi also noted that while drafting the measures against the pandemic, recommendations made by stakeholders such as chambers of commerce and the business community have been taken into account also stating that once the Economic Recovery Package is approved, this ministry will provide more support to the manufacturing industry as well as to other sectors negatively affected by the pandemic.

Hysen Vrajolli, Acting Chief Executive Officer of Trepça, mentioned the fact that the enterprise he represents has been severely affected by the pandemic taking into account the fact that it is an underground mine thus most of the protective measures against the virus such as maintaining social distance are not applicable to Trepça employees. Vrajolli also emphasized the fact that the drastic decline of prices in the stock exchange markets, disruptions in supply chains and blocking of minerals in transportation platforms have caused delays in the fulfillment of contractual obligations of Trepça towards its partners, thus also creating challenges for the enterprise itself. In addition, he said that Trepça has been supported though subsidies in the amount of 3.5 million euros by the Government of Kosovo in the first months following the outbreak of the pandemic, adding that subsidizing stocks would be one of the most efficient measures to take in order to ensure the continuation of activities of enterprises within the heavy industry.