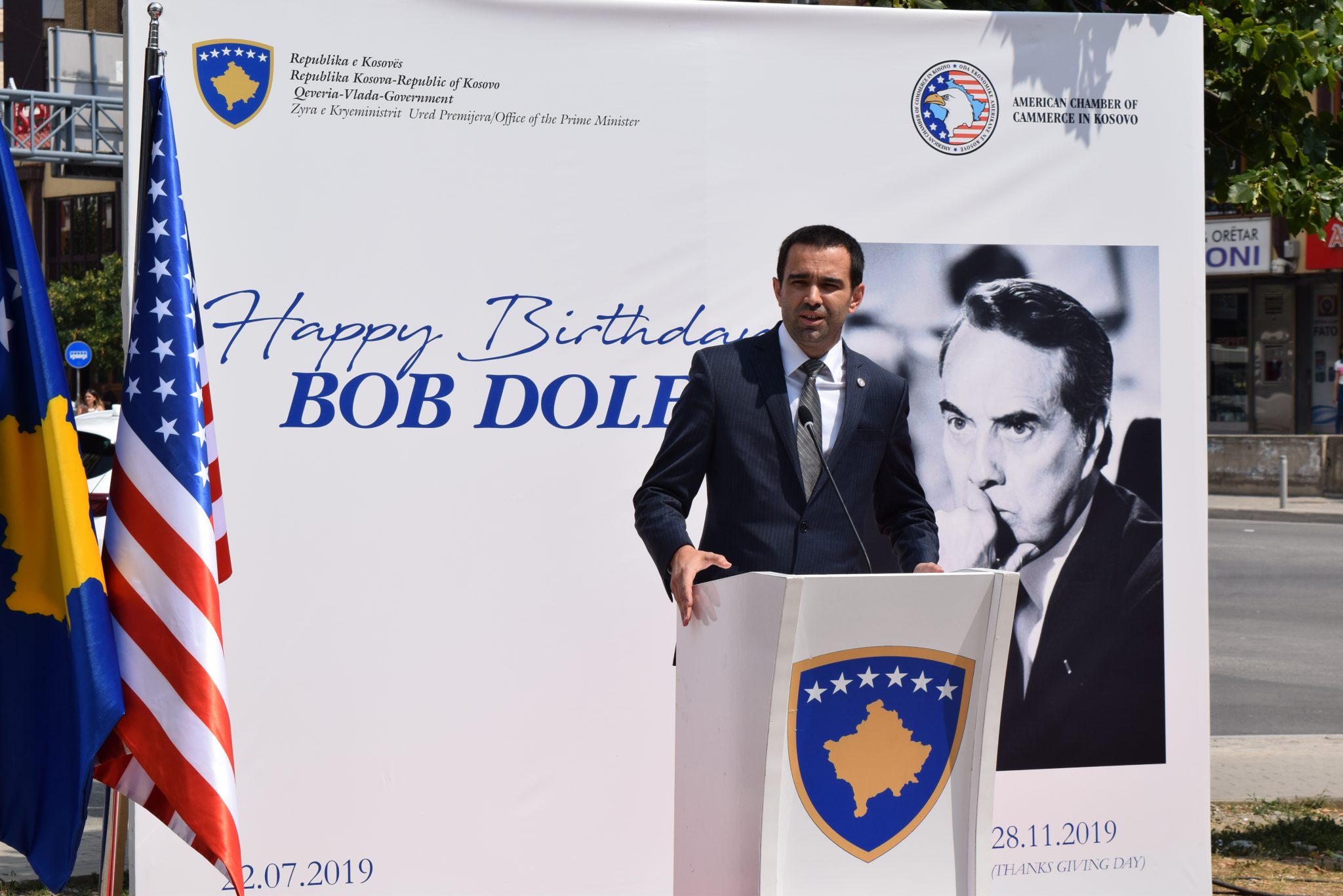 Prishtina, July 22, 2019 – During the groundbreaking ceremony for the statue honoring U.S. Senator, Bob Dole, Acting Prime Minister of the Republic of Kosovo, Ramush Haradinaj, said that this is a very good moment to congratulate Senator Bob Dole, a friend of Kosovo, on his birthday.

“His visit in 1999 in Kosovo was a turning point for Kosovo, an initiative for Kosovo’s prosperity and so it was continued by all those who honored us with visits later in Kosovo and so continued with the support of ’99, with stopping the tragedy in Kosovo and I think that today, the entire people of Kosovo honors themselves and this friendship,” said Prime Minister Haradinaj adding that they are delighted that the people of Kosovo address him with a reverence and gratitude for his contribution for Kosovo. “We thank President Trump for the care of Kosovo and at the same time wish our Kosovo-American friendship to be eternal.”

U.S. Ambassador in Kosovo, Philip S. Kosnett, thanked the acting Prime Minister, the Government of Kosovo, the Municipality of Pristina and AmCham for the opportunity of this inspiring moment, saying that they are honored to be witnesses of the groundbreaking ceremony and also Senator Bob Dole has been affected by this reverence.  “Throughout his service life, Bob Dole has always been the driving force behind the cause of freedom around the world. Therefore, it was not surprising that he became an indispensable supporter of Kosovo, standing by the people of this country in your efforts to build a strong and free country,” said Ambassador Kosnett said.

The American Chamber of Commerce in Kosovo is supporting the initiative for the building of the statue honoring Senator Bob Dole, which is planned to be inaugurated on November 28, 2019, coinciding with the Thanksgiving Days of the United States of America.