Impact of labor law provisions in private sector must be considered 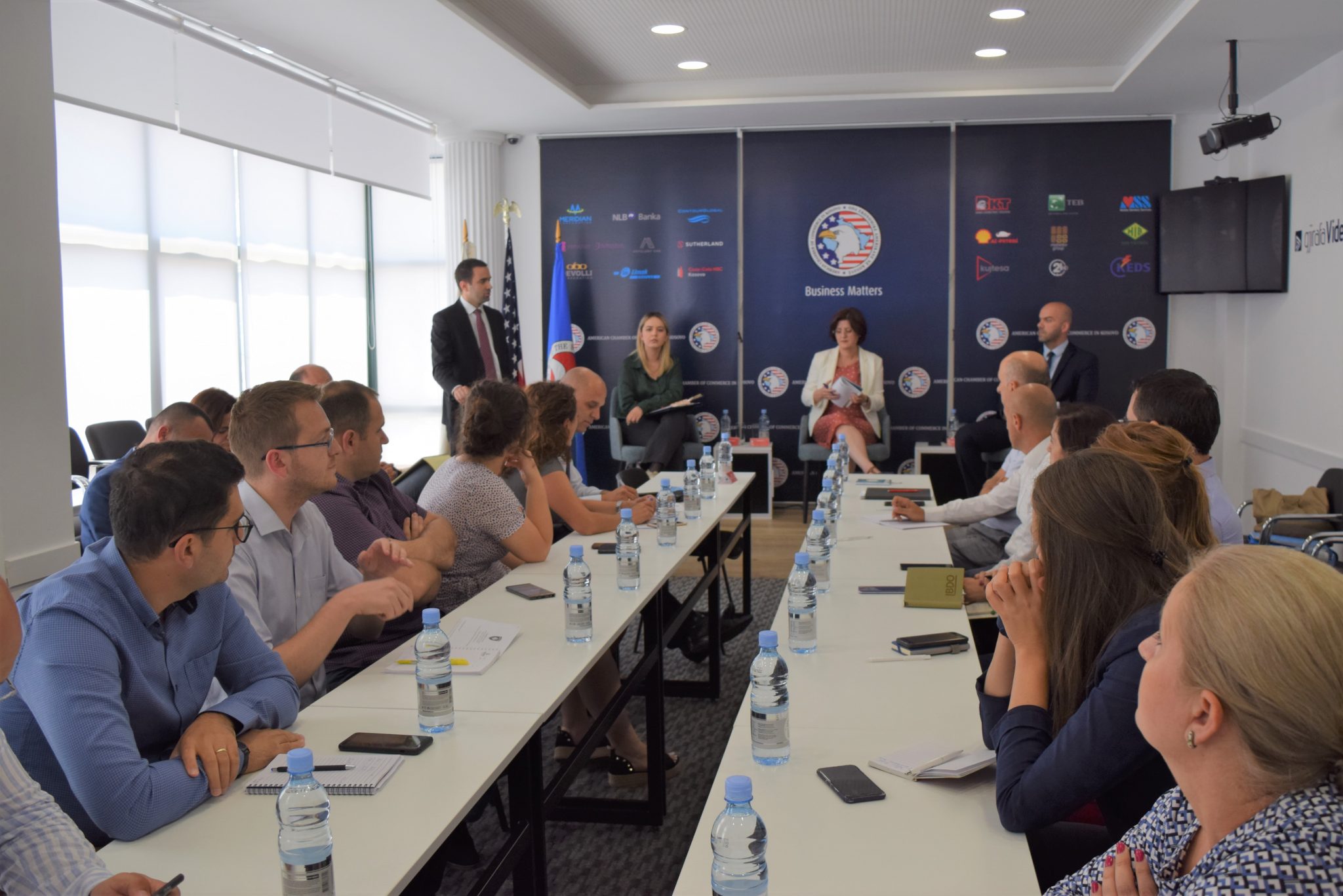 Impact of labor law provisions in private sector must be considered

Prishtina July 18, 2019 – The American Chamber of Commerce in Kosovo organized a roundtable regarding the Draft Law on Labor whereby various issues which affect the labor market and business operations were discussed.

Head of Parliamentary Commission on Health, Labor, and Social Welfare, Besa Baftiu, said that in order to address issues affecting the labor market deriving from the Draft Law on Labor, we should consider private sector’s comments since this will directly affect their operations. In comparison to the previous draft law, she said that this law is more advanced in regulating the labor market, including other areas such as maternity leave, and it is based on the European Union legislation, adding that this draft law includes 70 EU directives. Baftiu also added that they welcome AmCham’s comments and its member companies since they will help in amending the law properly.

Director of Human Resources and Administration at Meridian Corporation, Abdylkerim Ratkoceri, said that compared with the previous draft law, no major changes were noted, citing some aspects of the draft law such as termination of contracts, medical leave, and maternity leave. Ratkoceri said it is necessary to review maternity leave as it currently poses a burden on businesses and results in lower employment rate of women in this sector, adding that taking into consideration the private sector’s comments will result in sustainability and equality in the labor market.