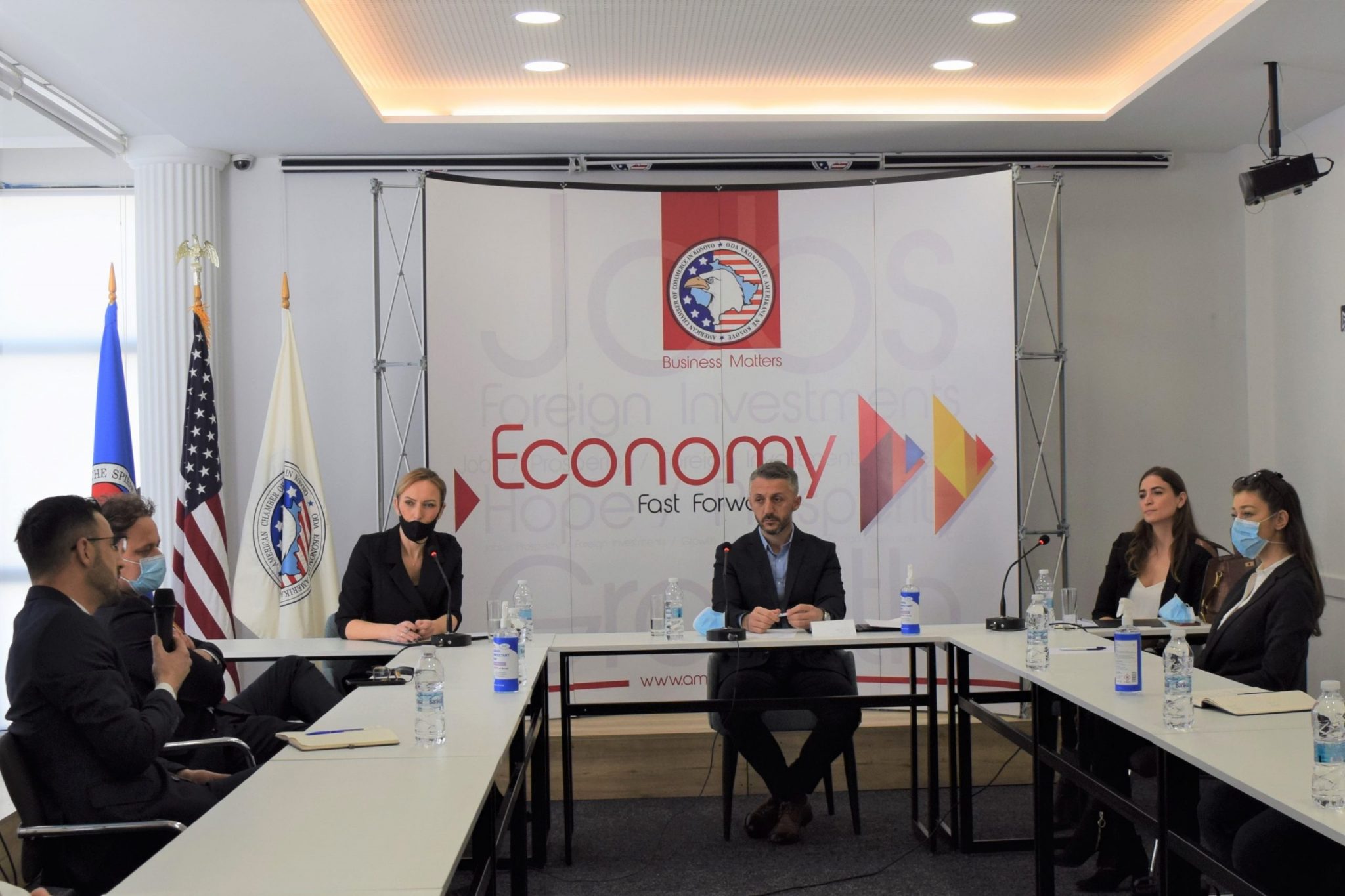 Prishtina, February 23, 2021 – Businesses’ contribution to society is of particular importance in improving the quality of life and well-being of the communities in which they operate. Whereas, creating specific policies for Corporate Social Responsibility (CSR) within companies is a way of showing that private enterprises are aware and responsible for the impact of their decisions on the environment that sorrounds them. These were said, among other things, in the last virtual forum organized by the American Chamber of Commerce in Kosovo, during which the topic of creating CSR policy was addressed.

The moderator of this event, Valentina Gara, Public Relations Manager at Prishtina International Airport, said that Corporate Social Responsibility policies are of particular importance in the development of companies, as well as of the society in which they operate. According to Gara, such policies ensure that companies act ethically, by being accountable to society or by emphasizing the importance of an enterprise’s impact on society, economy, environment and overall well-being.

Part of the panel for this discussion were representatives of AmCham member businesses, which are quite active in the field of CSR, and which base their activity on already-created CSR policies within their companies.

Afrika Zyferi, Public Relations Expert at IPKO Telecommunications, stated that this enterprise is dedicated to working for giving back to society, while noting that it already has a specific CSR policy implemented, together with a functional committee that implements such policy and identifies or estimates diverse causes to be supported. Zyferi further said that it would be easier for each company to develop its CSR efforts if institutions would research and identify the fields in which there is more necessity for corporate social responsibility to be expressed.

Whereas, Besnik Haziri, Branch Manager at ProCredit Bank Kosova said that the overall creation of CSR policy from businesses would undoubtedly have an impact in improving citizens’ lives while adding that it is of significant importance for these policies to be implemented and not only remain in paper. Haziri stated that ProCredit bank gives special importance to the impact that the projects it finances have on society and the environment while mentioning the fact that one of the main objectives of this company is the orientation of Kosovo towards consumption of renewable energy, with a key focus on solar energy.