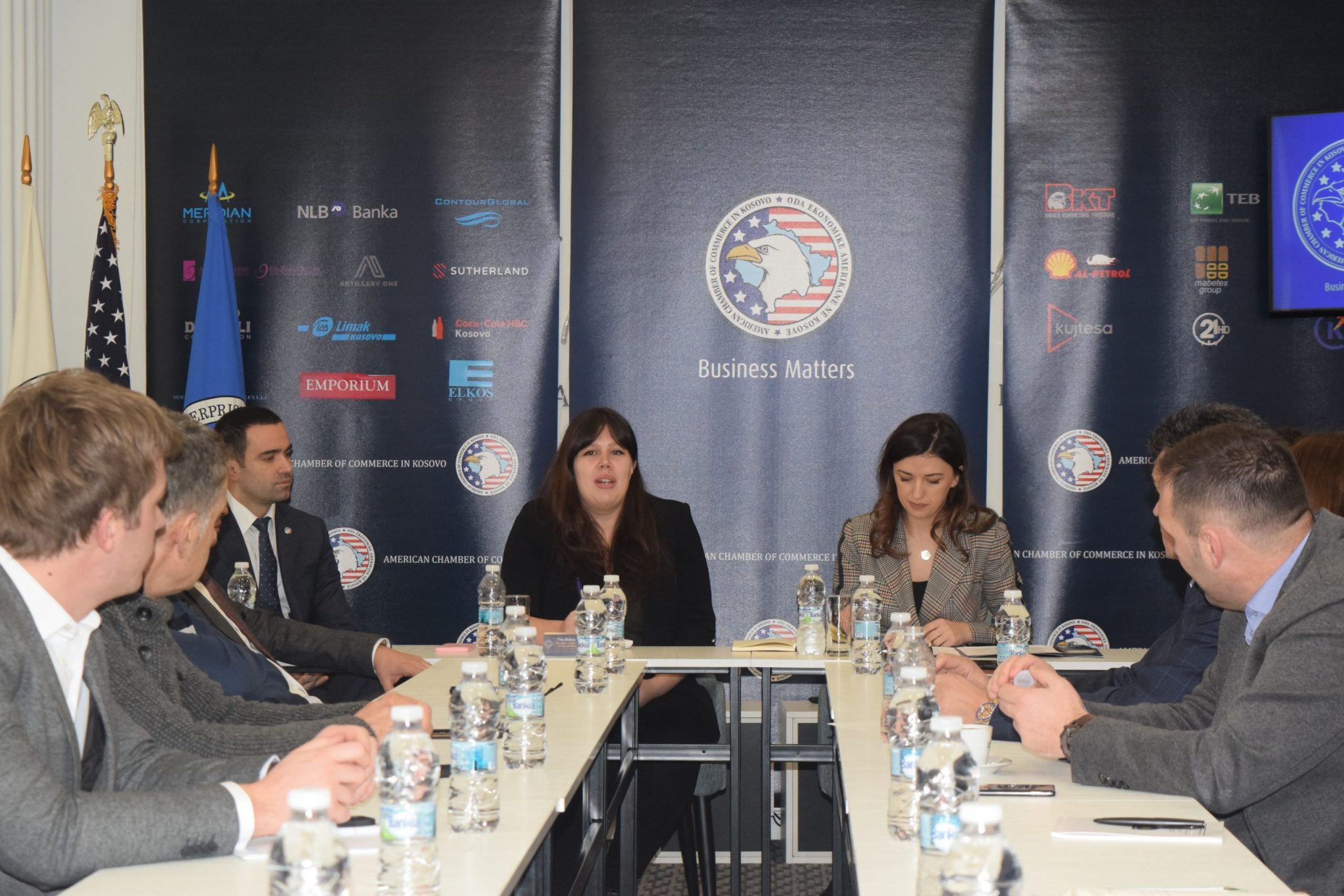 Prishtina, 20 February 2020 – Functional justice is of critical importance in attracting foreign investors, with a particular emphasis on fair treatment of businesses and fighting corruption as a very widespread phenomenon in the country. This was concluded during a roundtable with the Minister of Justice, Albulena Haxhiu, and the business representatives of the American Chamber of Commerce in Kosovo.

Minister Haxhiu stated that she will commit to free businesses from any barriers they may face in order for them to continue contributing to Kosovo’s economic development. According to her, the country’s justice system has a key role in attracting foreign direct investment, and it will focus on fighting organized crime and corruption as factors that have often influenced the withdrawal of the former. Haxhiu added that despite the criticism, the establishment of a commercial court with professional and expert personnel, as well as the adequate training of judges in this regard is a priority and of particular importance to the institution that she runs. Moreover, she stressed that she will always be in the service of the right demands of businesses.

Whereas, businesses representatives talked about the problems they face in regard to the courts, including delays in dealing with commercial cases, but also the procedures of enforcement and notarization.