Inclusion of women in the ICT sector is on the rise 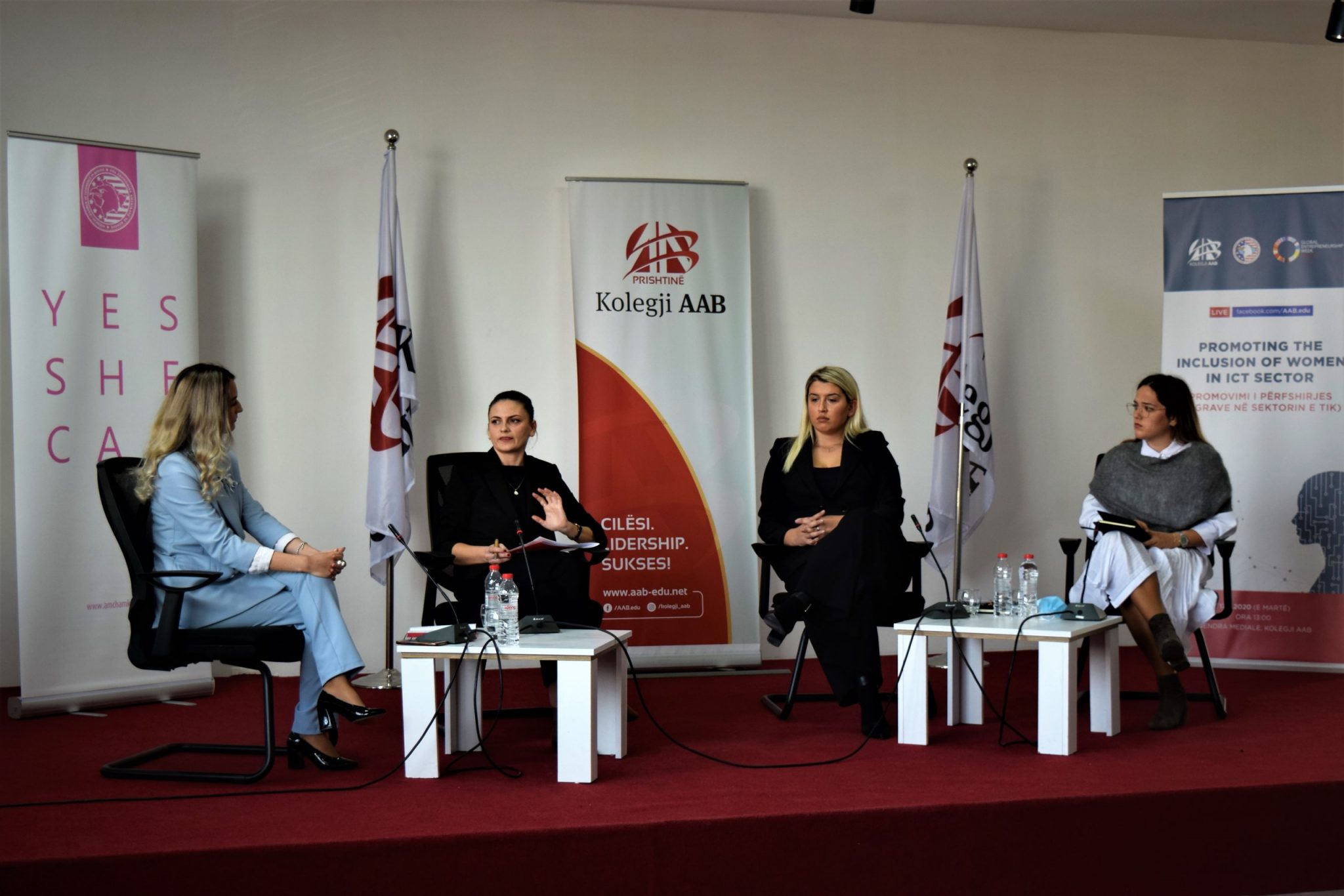 Inclusion of women in the ICT sector is on the rise

Prishtina, November 17, 2020 – The American Chamber of Commerce in Kosovo, in cooperation with AAB College organized a virtual forum during which the extraordinary technological revolution that is characterizing the period following the outbreak of the pandemic was discussed, with a special focus on addressing the need for promotion of incluson of women in this sector. This virtual forum was organized during the Global Entrepreneurship Week, which is organized under the patronage of the Innovation Center Kosovo (ICK).

Valdete Daku, Software and Database Engineer at AAB College, highlighted the increase of women participation in the technology sector on a yearly basis as a positive aspect. According to her, women in general should have the opportunity to properly use technology and the benefits that this sector brings, in which case she mentioned the continuous development of this field that affects the comprehensive advancement of women in the professional aspect. Daku further said that the presence of foreign companies in Kosovo which are well-established in international markets increases the opportunities for the inclusion of women in this sector.

Nita Pallaska, Project Manager for Software Development at Kosbit, pointed out that women in general are at a disadvantage in terms of employment in key positions within companies as a result of maternity leave and social issues that create reluctance among employers when hiring women. According to her, the Government of Kosovo and other relevant institutions should work harder to eliminate barriers and gender discrimination in recruitment and salaries. Referring to her experiences, Pallaska recommended to all women aiming at the technology sector to turn to organizations and relevant stakeholders in this field as well as to fully utilize the network and opportunities which exist in the local market.

Gresa Lahi, DevOps Manager at Prosperoware, stated that the promotion of women’s involvement in sectors such as technology is insufficient, adding that more work needs to be done in this regard. Another issue she raised was the need to increase the level of knowledge regarding this sector, in particular about the sub-areas and divisions that make up the technology sector in order for women to be better prepared to enter the labor market. In this regard, she recommended the establishment and promotion of training sessions and courses for vocational training of women, for which support from the state of Kosovo is required.