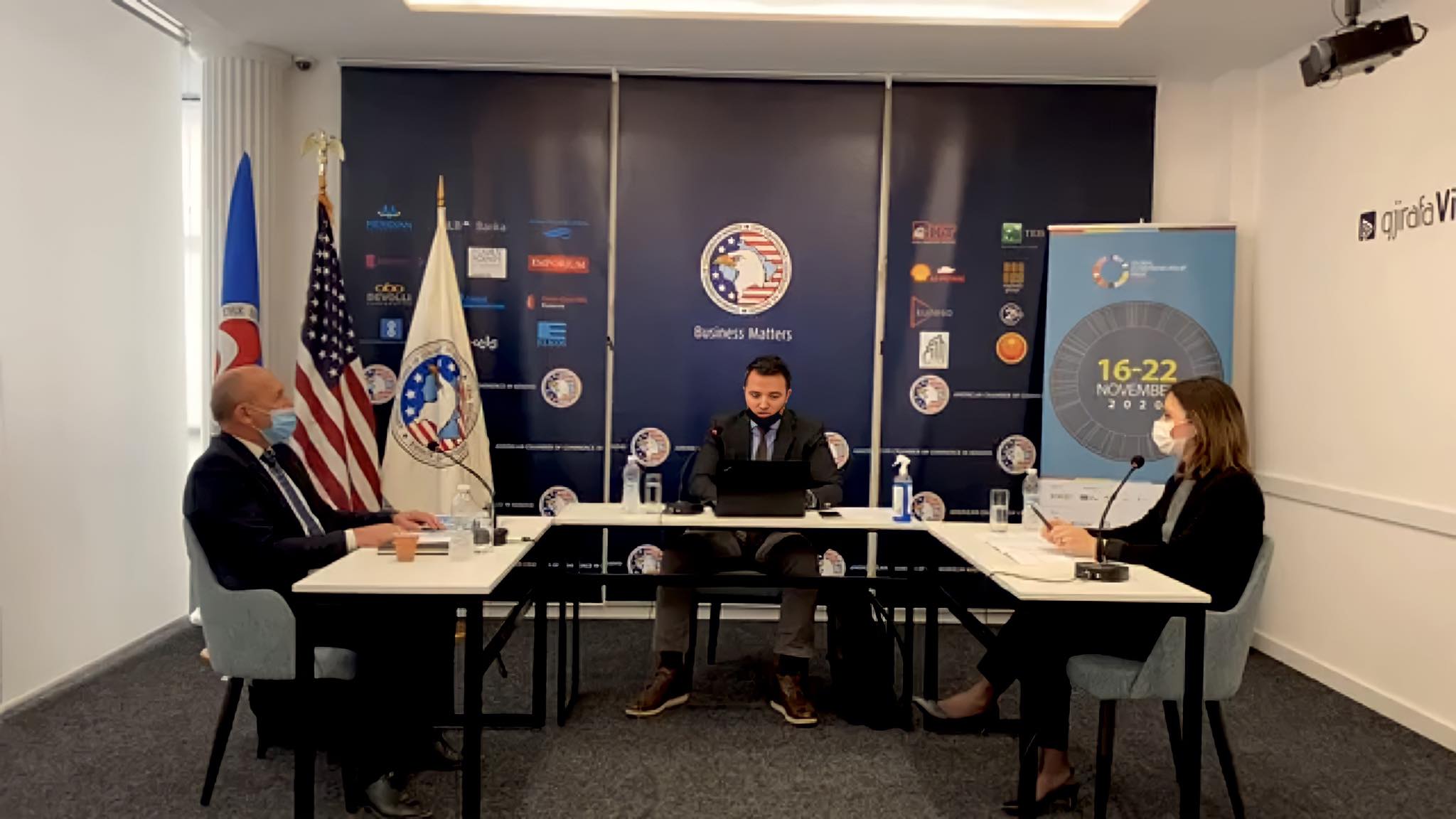 Prishtina, November 16, 2020 – The educational system must be reformed and updated to not only provide knowledge but also preparation and life skills, while the incorporation of entrepreneurship within school curricula is highly useful. These were said, among other things, during a virtual forum organized by the American Chamber of Commerce in Kosovo during the Global Entrepreneurship Week, which is organized under the patronage of the Innovation Center Kosovo (ICK).

Enver Osdautaj, Senior Advisor to the Minister of Education, stated that the Ministry of Education has managed to implement the concept of career-building at all levels of pre-university education institutions through the application of counseling and student orientation policies. According to him, entrepreneurship as a concept is established from the first grade and onwards through various courses that teach students life skills. Further, Osdautaj stressed that various memoranda have been signed with local corporations to enable the implementation of internships in various sectors, while also emphasizing that during the drafting, education curricula are subjected to a scientific methodology so as to be adapted to the needs of the labor market.

Albina Balidemaj, Vice Dean for Academic Affairs at RIT Kosovo, while referring to the concept of entrepreneurship in general, spoke about the educational program of the university she represents, where she mentioned that the program offered at RIT Kosovo, such as Applied Arts and Sciences, tends to lean towards entrepreneurship. Balidemaj also emphasized another aspect of this program, where she said that the fulfillment of corporative labor during the four years of study is mandatory for every student of this university, which according to her, serves them in preparing for the labor market and career-building, following the completion of their studies.

Gëzim Gjikolli, Manager of Financial Advisory Services at Deloitte as well as moderator of this forum, emphasized that with the incorporation of entrepreneurship in educational programs, the country’s youth will enjoy great benefits such as increased self-confidence, increased knowledge necessary for the feasibility of their innovative ideas, as well as practical problem-solving skills.