Increase of Production Capacities Required to Benefit from SAA 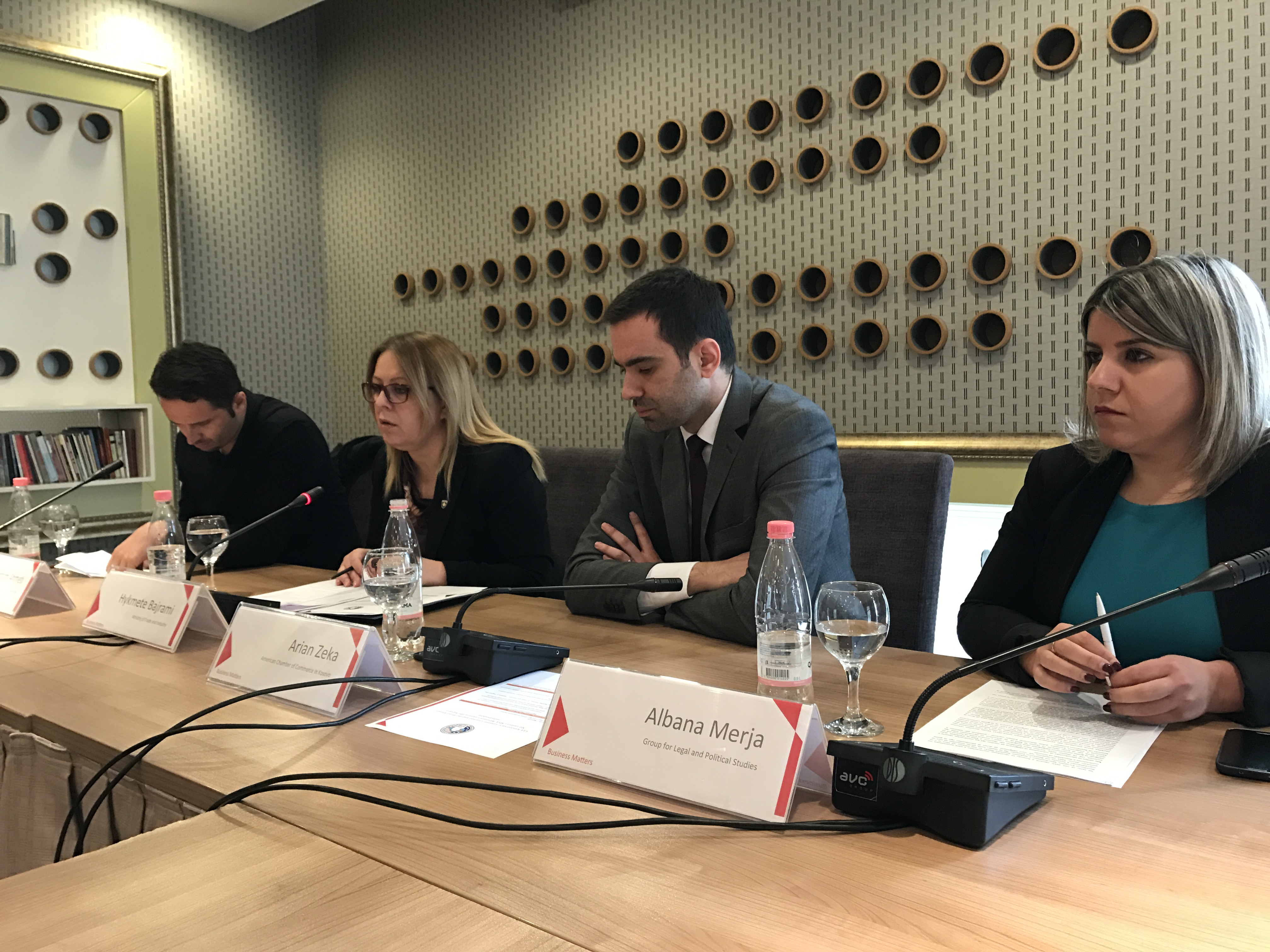 Increase of Production Capacities Required to Benefit from SAA

Prishtina April 7, 2017 – With the purpose of discussing on implications of Stabilization and Association Agreement (SAA) throughout one year from entrance into force, challenges that local manufacturing companies have faced and still face and the implications that this agreement could have in the future, the American Chamber of Commerce in Kosovo organized a roundtable with Minister of Trade and Industry Hykmete Bajrami.

Arian Zeka, AmCham Executive Director said that despite everyone’s expectations that SAA will lead to a drastic increase of exports, this did not happen, not due to unfavorable fiscal policies, but due to the fact that Kosovo benefits from a preferential trading status with EU member states. Zeka emphasized that fiscal measures that did not enter into force, as promised by the Government, in addition to which AmCham has requested extension of customs exempted goods and tax holidays, still remain a common concern of AmCham, expressing fear that SAA will impose more pressure on manufacturing industry in the upcoming years.

Minister of Trade and Industry Hykmete Bajrami voiced her concern towards the volume of trade deficit, whereas said that the new fiscal package will be sent for approval in the upcoming meeting of Kosovo Government. Bajrami pointed out the project with World Bank, which according to her will enable Kosovo institutions to become members in international EU institutions, through which Kosovo will be able to provide product certifications, certificates which will be recognized internationally. Drafting of export strategy, wage subsidies from Ministry of Labor and Social Welfare and customs exempted goods, Bajrami considered that will help towards increase of exports.

Albana Merja from the Group for Legal and Political Studies said that political situation and approximation of EU legislation pose challenges to proper enforcement of SAA and benefits that this agreement provides for the manufacturing industry, whereas Kushtrim Ahmeti, Journalist on Economic Issues at KTV pointed out that access to finance, Kosovo image and quality of local products have prevented the latter from being competitive in the EU market.

Visar Hapçiu from AmCham Policy Department presented findings of a survey with AmCham members and their respective requests, among which were: removal of excise soft drinks, electricity supply and change of tariff structure, visa liberalization and customs exempted goods.