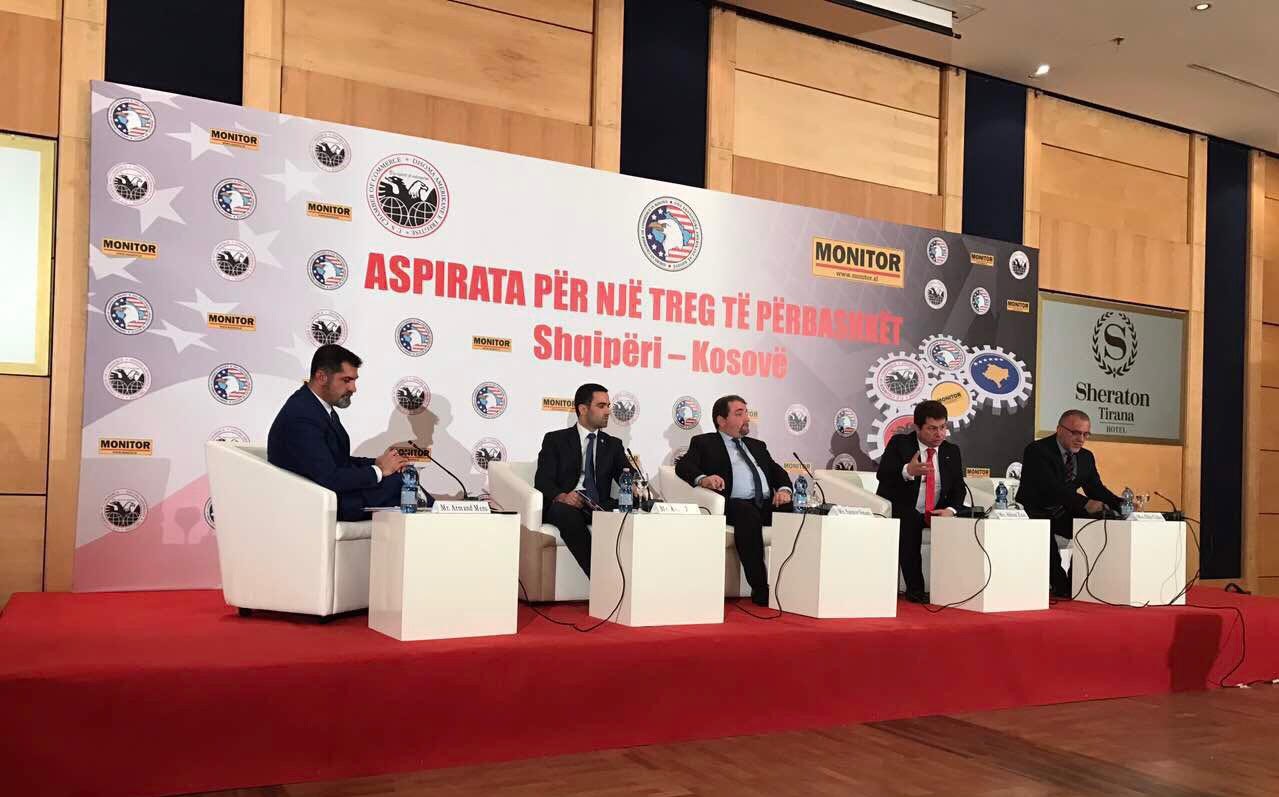 AmCham Kosovo Executive Director Arian Zeka saia that the problems and barriers hindering trade between Kosovo and Albania should be resolved through understanding and dialogue, emphasizing that the latter one existed. “The actions which are undertaken by the Governments are in violation of the spirit of cooperation which is promoted by the Central European Free Trade Agreement and the spirit of cooperation between the two countries. The problems occurring between two countries reduce the value and profitability of the road infrastructure,” said Zeka.

Kosovo’s Minister of Economic Development Blerand Stavileci said that both countries have huge dependency on imports with undeveloped industry. Businesses aim for short-term and quick profits, not focusing on the manufacturing industry.

Speaking about the energy, he highlighted the fact that there is an agreement with a U.S. company to build a powerplant with 450 MW capacity. He voiced optimism regarding the functioning of the energy stock exchange.

Minister of Trade and Industry Hykmete Bajrami said that Kosovo market is generally more open towards Albania’s manufacturers and other countries, adding that through dialogue, Ministry of Trade and Industry has managed to eliminate barriers that Kosovo manufacturers are facing while exporting. She added that there should be more business to business meetings and more agreements of cooperation, referring to a recent activity in Sarande between businesses in Albania and Kosovo. Finally, she also spoke about the reforms Kosovo has undertaken to improve the investment environment.

Avni Ponari, owner of Sigal Insurance Company said that Kosovo and Albania share the same nature and same organizational form. “The industry and insurance today, and in the entire region remain undeveloped. Insurance rate per capita in Albania amount to 25 Euros, 50 Euros in Kosovo and 700 Euros in Croatia. In Kosovo, we pay a turnover tax of 5% and because of this tax, insurance industry in Kosovo is suffering losses,” said Ponari.