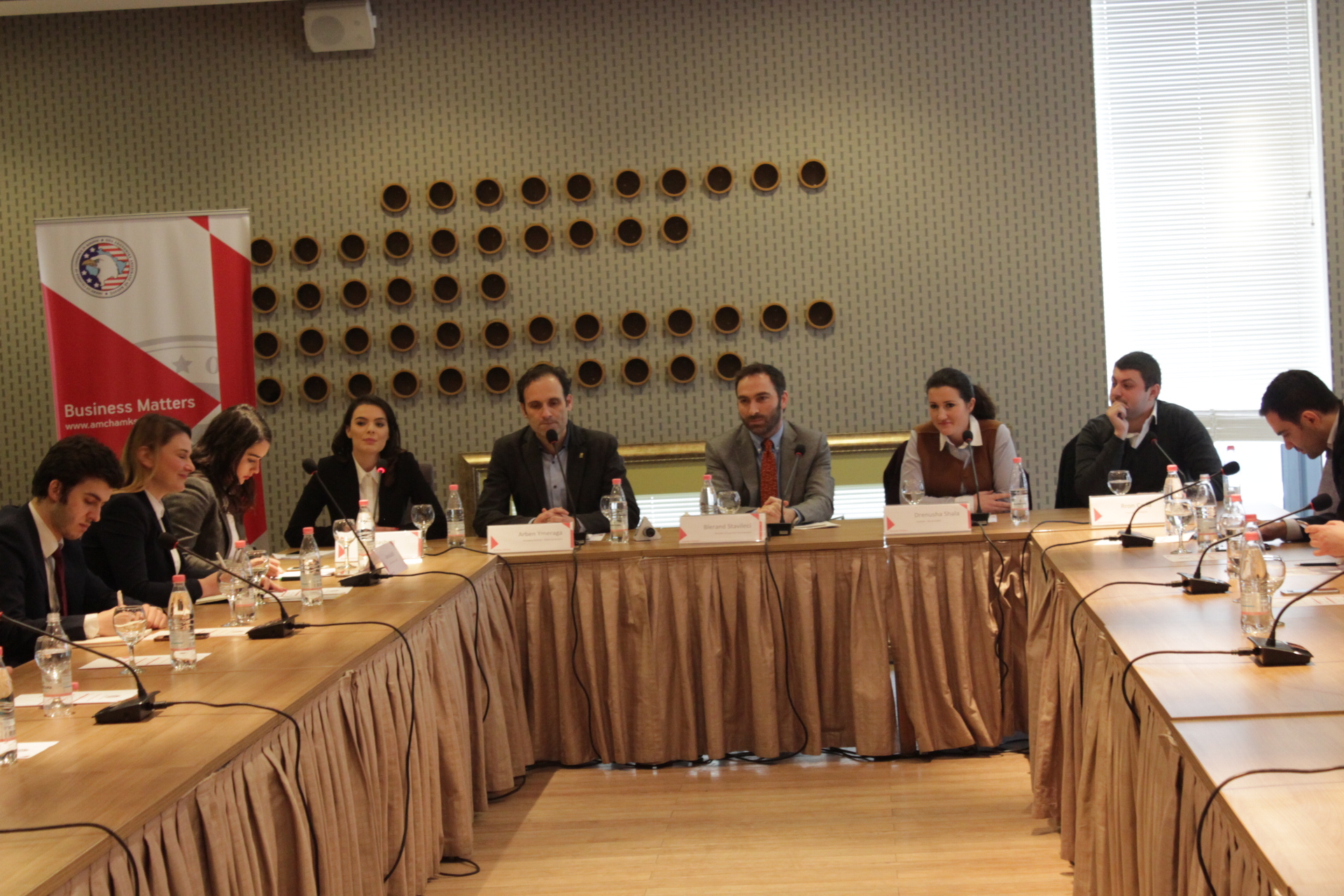 Prishtina, January 26, 2016 – In the roundtable organized by the American Chamber of Commerce in Kosovo on Innovation and Economic Development, innovation and its impact on business and economic development were on focus of discussion.

Minister of Economic Development Blerand Stavileci assessed that innovation is a key factor of changes in the pace of economic development in the country, thus adding that all responsible institutions should be oriented towards mobilization of human capital, given that today information technology is not part of the economy, but a transformer of all economic fields, political and social systems.

Stavileci announced that Ministry of Economic Development has included in the agenda creation of a fund, through which business startups, existing businesses, and export-oriented businesses will be financed, thus adding that Kosovo will have Ministry of Innovation in the medium-term future.

Era Jashari, Government Relations Officer said that innovation, among all, includes new processes, new systems of doing business and new management methods, which have a crucial impact on increase of productivity and economic development, as a result. Whereas, Vanesa Gashi from the AmCham Communications Office presented findings of survey on innovation, conducted with AmCham members, where among others, provision of facilitating methods and larger political discussion towards promotion of innovation, through monetary and non-monetary stimulus as well as access to credits for startups were recommended, being necessary to foster investments on innovation.

Arben Ymeraga from AmCham member company, Melita & Partners said that institutional support and promotion of innovation are crucial for business development, thus emphasizing that government engagement is necessary in this regard.

Drenusha Shala founder of Baruti discussed the importance of innovation development in Kosovo and her experience as an entrepreneur. She pointed out that even though in Kosovo many job positions are vacant, lack of professionally qualified workers is a key issue for employment.

Whereas, Rron Cena one of the founders of Fromon considered that the fundamental basis of development of innovation in the country is education and vocational training, so that these skills meet the market demands.