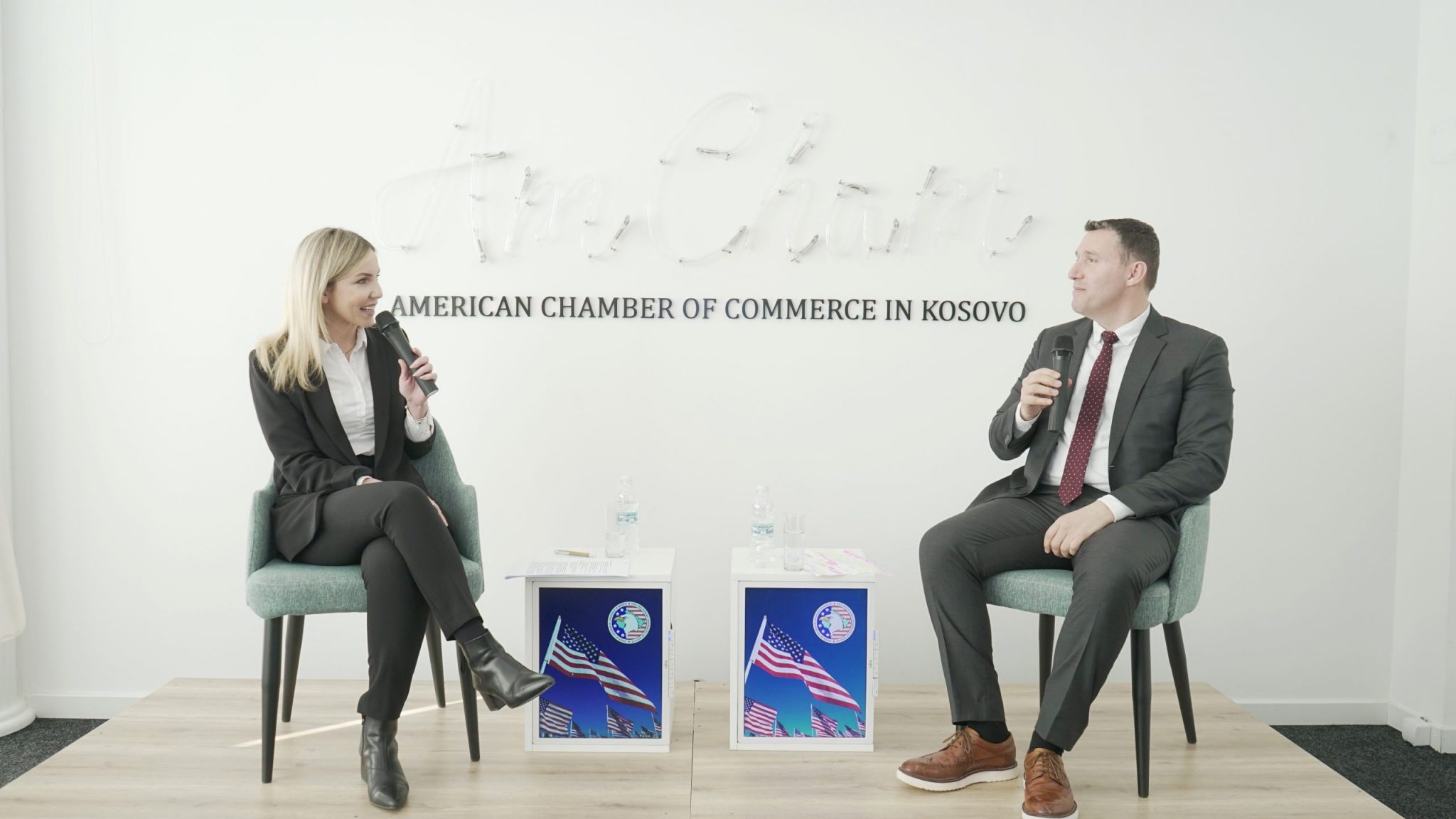 Prishtina, February 15, 2021 – Despite the fact that innovation infrastructure in Kosovo is still at a developing stage with plenty of space for improvement, it can be considered that some of the businesses in the country have been quite successful in incorporating innovation within their activity, regardless of the circumstances. The exploring of opportunities for the inclusion of innovation initiatives in businesses, as well as the increase of corporate creativity were the main points discussed during the next virtual forum organized by the American Chamber of Commerce in Kosovo.

This event was moderated by Dafina Arifi, Lead Business Analyst at Elba Technology, who stated that innovation and creativity are catalysts for digitalization and transformative change. Arifi furthermore stated that the company she represents is very engaged in the European market in the field of digitalization, while also noting that it has been recognized as one of the top ten companies in offering robotics services in Europe.

Whereas, Mentor Pllana, Co-founder and Managing Director at BP Home was a keynote speaker for this event, noting that the activity of this company is highly focused on transformation from traditional construction to digital manufacturing of houses, based on sustainability. Pllana considered innovation as a process through which with a little input, a lot can be produced, while also speaking of the need for the country to focus on cooperation, innovation, and globalization, in order for better living conditions to be created.

According to Pllana, Kosovo should focus on the digitization of processes, shifting to renewable energy sources, and deepening the usage of the internet for globalization, always in compliance with sustainable development goals. He also spoke of the country’s opportunities to integrate into global markets, thus noting the unlimited potential of the youth of the country, while at the same time adding that discourse should not be focused on negative aspects.

“We should change the lens, Kosovo is great, and Kosovo has companies which have the potential to create products and services for the global market,” stated Pllana.